Pope Francis Did NOT Say EWTN = “Work of the Devil” 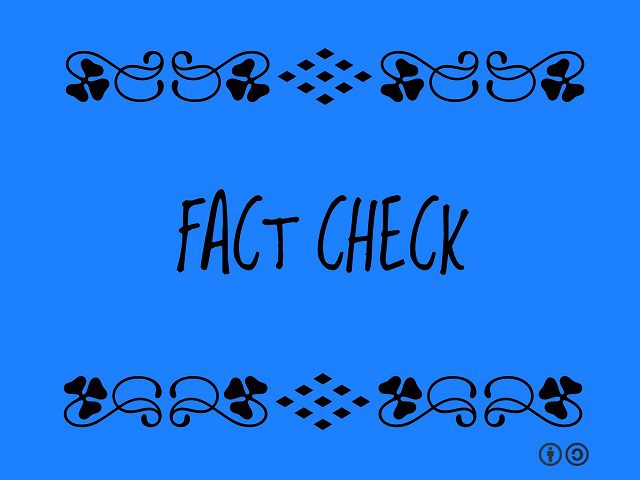 Here we go again. The slant alluded to in my title is (surprise!) a distortion of what the pope said. As a matter concerning media bias, this will provide a helpful example: with different levels of “anti-Francis” bias or lack thereof readily observed, depending on the viewpoint of the commentator.

It’s always good (and the best “policy”) to simply write and print truth, as best we can ascertain it. Let the chips fall where they may. Christianity (above all, Catholicism) was never (or should never be) a popularity contest. But alas, bias often has a deleterious effect on accurate reporting.

First, let’s actually see what the pope said, in context (what a novelty!), from the “official” transcript of a conversation with Slovakian Jesuits (9-12-21):

One of the participants tells the pope about the situation of the Slovak Church and the internal tensions. “Some even see you as heterodox,” he says, “while others idealize you. We Jesuits try to overcome this division.” He asks: “How do you deal with people who look at you with suspicion?”

There is, for example, a large Catholic television channel that has no hesitation  in continually speaking ill of the pope. I personally deserve attacks and insults because I am a sinner, but the Church does not deserve them. They are the work of the devil. I have also said this to some of them.

Yes, there are also clerics who make nasty comments about me. I sometimes lose patience, especially when they make judgments without entering into a real dialogue. I can’t do anything there. However, I go on without entering their world of ideas and fantasies. I don’t want to enter it and that’s why I prefer to preach, preach… Some people accuse me of not talking about holiness. They say I always talk about social issues and that I’m a communist. Yet I wrote an entire apostolic exhortation on holiness, Gaudete et Exsultate.

1) Catholic Culture is a site co-run by Phil Lawler, whose bashing of the pope is well-known (and I have dealt with it many times). Anti-Francis bias in this venue comes as no surprise whatever:

Article: Pope Francis has lashed out at the Eternal Word Television Network (EWTN), saying: “They are the work of the devil.”

Any fair-minded reader, attempting to be objective and fair to the pope (whatever they may personally think of him) must surely see how this slant is a gross distortion. The pope specifically said that “I personally deserve attacks and insults because I am a sinner”: so it follows that he couldn’t possibly have been implying that “the work of the devil” is a thing that he personally deserves. That would make no sense, and would mean that the devil was doing the right, rather than wrong thing.

Obviously, then, in context he is saying that “the Church does not deserve them [i.e., “attacks and insults” from earlier in the sentence] and that these attacks on the Church (not him) — however much they occur — are properly described as “the work of the devil”: which of course they are; he’s the accuser and liar and attacks the Church and the faith and Jesus and the Bible and Christians alike. It’s equally clear that Pope Francis was not equating EWTN [implied] with “the work of the devil”: which description was plainly referring to undeserved attacks on the Church, which may occur at EWTN or elsewhere.

2) The Catholic World Report, edited by Carl E. Olson, has published many articles highly critical of Pope Francis. That (unsurprising) bias certainly shows in this instance:

Title: Pope Francis says “attacks and insults” against him are “work of the devil” [link]

The article doesn’t comment further on the issue at hand. But the title chosen is unarguably a distortion, as shown directly above, by confusing Pope Francis with the Church. It misrepresents (whether deliberately, who knows?) what actually occurred.

3) The American Conservative. Good ol’ former Catholic Rod Dreher (whose questionable shenanigans and rationales I have critiqued) is a regular columnist here. In an article dated 9-21-21 he engages in wholesale distortion of the pope’s words and intent:

Article: Francis also denounced EWTN (though not by name) as doing “the work of the devil.” . . . if he’s going to call out EWTN for its supposedly satanic excesses . . . Despite the accusation that EWTN does the devil’s work . . . [link]

These three sweeping statements are lies insofar as they promote an insinuation that “EWTN = satanic excesses”, etc. That simply is not what the pope stated. He was specifically referring to however many attacks were made on the Church, at EWTN. But it makes for good copy for those eager to gobble up any gossip and slander about Pope Francis, doesn’t it? Dreher knows his audience well.

Dreher in the article frequently notes what he feels is hypocrisy in the pope calling out conservative Catholics but not so much, liberal, dissident Catholics on the left. That’s a legitimate point that I actually agree with to a large extent, but it’s not the topic at hand, which is media bias with regard to these particular remarks he made to the Slovakian Jesuits. One thing at a time.

Title: Pope Francis: Speaking Ill of the Pope Is ‘the Work of the Devil’ [link]

Article:  Pope Francis had harsh words for those who criticize him, saying such attacks are “the work of the devil,” . . .

5) Michael Matt, radical Catholic reactionary from The Remnant, joins in, in a tweet:

Pope Francis lashes out at the Eternal Word Television Network (EWTN), saying: “They are the work of the devil.” Good to know, [at] Pontifex , but faithful Catholics still resist you…not EWTN. [link]

6) Taylor Marshall, the extreme and conspiracist radical Catholic reactionary (356,000 subscribers on You Tube) did the inevitable (and utterly predictable) video:

Title: Pope Francis Rebukes EWTN as Work of the Devil: What would Mother Angelica Say? [link]

1) Crux is a fairly unbiased and helpful, educational Catholic venue, in my opinion. It’s disappointing to see its bias here, but it’s considerably less severe than the three examples above:

Title: Media critical of the pope do ‘the devil’s work,’ Francis says [link]

Article: it doesn’t elaborate on the crucial distinctions I pointed out above, regarding the pope’s remarks, but does report that EWTN ” has consistently aired commentary critical of Pope Francis and his decisions.”

1) The Washington Times is a politically conservative newspaper. It gets it right in reporting on this incident:

Article: Pope Francis recently delivered an apparent rebuke to an American Catholic cable-and-satellite network EWTN . . . slamming what he termed attacks on the Roman Catholic Church from such critics as “the work of the devil.” . . .

Rival independent Catholic newspaper National Catholic Reporter said Tuesday that EWTN is one of the pontiff’s most persistent critics. “No other Catholic media conglomerate has regularly featured such open criticism of Francis,” according to Vatican correspondent Christopher White.

Mr. White singled out EWTN personality Raymond Arroyo as hosting a “papal posse” of critics, as well as the Vatican’s former ambassador to the U.S., Archbishop Carlo Maria Viganò. The reporter reported that current apostolic nuncio Archbishop Christophe Pierre “had expressed displeasure” about the coverage to Michael Warsaw, chief executive at EWTN.

2) Newsweek, the well-known liberal / secular newsmagazine, gets it exactly right in its title:

Title: Pope Says Criticisms of the Church by Some Conservative Catholics is ‘Work of the Devil’ [link]

It’s a sad day when Newsweek, of all media outlets, accurately reports on the words of a pope, whereas two theologically orthodox outlets and two politically conservative ones (all of which would normally be “my guys” / “the good guys”) completely botch their reporting in a way that, if not deliberate, is grossly incompetent, brought on by an excessive hostile bias.

3) The Tablet (“The International Catholic News Weekly”), a British newspaper published since 1840, refreshingly gets it right, too:

Title: Pope condemns critics who are doing ‘work of the devil’ [link]

Article: Pope Francis has condemned those doing the “work of the devil” by whipping up hostility against the Church. . . . EWTN (The Eternal Word Television Network) is a large Catholic television platform that has become a platform for opposition to this pontificate, including broadcasting a Mass where the priest attacked Francis during the homily, and a weekly show presented by Raymond Arroyo which is consistently hostile.

4) The Jerusalem Post, citing Reuters, doesn’t distort the pope’s words, and notes that EWTN has indeed regularly taken shots at the pope:

Article: In recent years, Francis has been the focus of criticism from a small but powerful number of American conservatives unhappy with his stands on various theological issues as well as social matters from immigration to climate change. They are regularly given time on the US-based Catholic television network EWTN. [link]