Christianity: the Rumor that is True — Questions from M 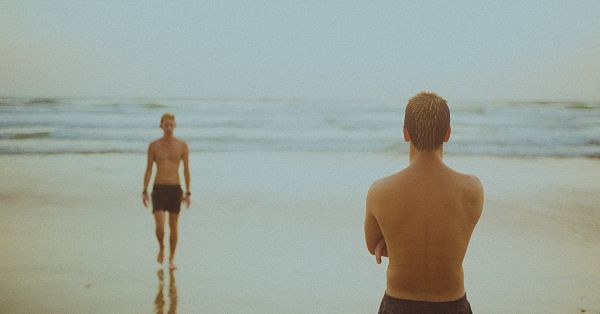 She was an odd child who always seemed to know what was happening. I recall standing with her in Clendenin Elementary School and hearing the fire alarm go off in town. “The high school is on fire,” she said. When I got home, my mom told me Herbert Hoover High (yes, the real name) had experienced a fire.

She did this so often that this merely became the most extreme case of Belinda-ism, odd knowledge of stuff most kids do not know. How did Belinda know what was happening all over town? I do not know, but at the time Belinda’s network of sources proved so trustworthy, I began to assume that if Belinda saw smoke there was probably a fire. She was Belinda, the girl who always knew.

Now, of course, one would never base one’s life on an unsubstantiated rumor. Belinda traded in hearsay and hearsay, as Belinda and I learned on Perry Mason, is inadmissible in a court of law. This makes this question from a fellow named M* interesting:

Why I Believe the Evidence for the Gospel

I could dispute the premise of the question, but since it isn’t necessary to do so, I shan’t.*** Instead, let’s assume that all I have about Jesus in the Bible is hearsay, a tale told to someone who repeated it to someone else and eventually, within fifty years or so, somebody wrote the stories down.

At this point, someone will think of the game of “telephone” where a line of younglings attempt to whisper a secret from one person to another only to produce a muddled mess at the end. I have heard both Christians and atheists compare this to oral transmission of the Jesus story.

Paul was writing about Jesus within two decades of the death of Christ. The Gospels were being written, or edited, or collected, by the end of the first century or the start of the second at the latest.

Here is what I get from this as a student of classical literature: eyewitnesses told people there was a man named Jesus who was crucified under Pontius Pilate and who rose from the dead.

This rumor got to Paul from eyewitnesses. He never saw Jesus (as far as we know), though Paul heard a heavenly voice. Did he base his life merely on hearsay? No. He based his life on eyewitness testimony, a personal encounter with God, and a miracle. He then went off and studied the Hebrew Scriptures, reflected on his own learning, and became a witness for Jesus.

How Facts and Beliefs Work Together

Anyone who believed Paul’s message was getting indirect reports about the life of Jesus, but direct reports of what Jesus was presently doing in Paul.

Many people make a mistake, I think, when it comes to “knowing.” We either assume the belief comes first and people go to look for evidence, or the evidence comes first and people form beliefs based on that evidence. Both views are naive. In a rational person, “facts” and “belief” exist in a biconditional relationship. Each enforces the other. Our facts are seen in the light of our beliefs and all our beliefs bend to fit the evidence.

Hearsay is weak evidence, but it is evidence. Coming from a trusted source, it should cause an investigation. If the hearsay says, “Jesus is alive,” and the evidence of changed lives and the church suggests that He is, then we are on our way! Of course, some of the evidence is probably eyewitness testimony in any case.

Rumor is dangerous, partly because it is so often true.

The man who dismisses all rumors is a fool, just as a man who believes every rumor is a dupe. Instead, we look to trustworthy sources and verify.

As with Belinda, the “hearsay” has proven true often enough, even if I concede some errors, that I am willing to accept that there was a man Jesus who told people he was God’s son, was crucified by Pontius Pilate, and left an empty tomb. Combine that with my own experiential quest for Jesus, the glorious history of the Church, despite all the inglorious churchmen, and I am a Christian.

Rumors are not always reliable, but sometimes they are. Sometimes you find a Belinda named Matthew, Mark, Luke, or John, then you investigate, and see. They whisper rumors of possible life, beauty, and joy that turn out to be true.

**Belinda is not her real name, though she is a real 54-year-old somewhere out there!

***Christian friends should recall that M* has heard standard apologetics arguments and remains unpersuaded. I am attempting to accept as many of his conclusions as possible while seeing if his rejection of Christianity follows.

July 14, 2017
Proving Christianity is False -- Questions from M
Next Post

July 16, 2017 Mere Christianity, Mere Orthodoxy --- Questions from M
Browse Our Archives
get the latest updates from
Eidos
and the Patheos
Evangelical
Channel
POPULAR AT PATHEOS Evangelical
1