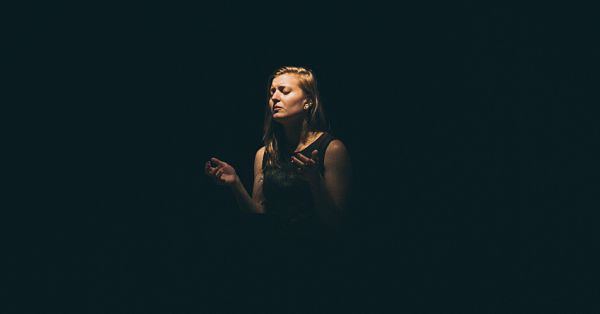 I once wished Christianity, particularly traditional Christianity, was false. Professionally, I was told that being a very traditional Christian in philosophy would make work, already hard to get, harder to get by the President of my secular university. He was being compassionate and, as a more left-of-center theist, giving me what he took to be good advice. He was right and I appreciated his candor and his writing me a job recommendation!

I love philosophy and this nagged at me. One should not pick a belief system to get a job, but, after all, if only one could be persuaded, and couldn’t one be persuaded . . . or so my mind worked! That wasn’t all of it. There were things I wanted to do contrary to traditional Christian ethics. Outside my family and a few others, the best Christians seemed to all be dead. CS Lewis died the year I was born. My church experience was at a low with a great deal of irrationalism being bandied about my world.

I had beloved non-Christian mentors and professors.

Safe to say, as a graduate philosophy student, I had some decent ideas about how to get out of the Faith!  I share this episode because M* sent me fifty-five questions earlier this year and I have been trying to answer them when possible! Today’s question is not abstract to me. I lived it:

11. If Christianity and its claims were untrue, how would one go about finding that out?

I began by assuming Christianity was false and examining the implications. This is what I recommend to anyone wanting to understand anything: get inside it, assume it, see what follows. In this case, I wanted not-Christianity to be true and to test that hope, decided to assume it was true and see what followed.

If Christianity was not true, then Jesus was not the Son of God.

This is certainly possible. I knew the arguments, but I then with my non-Christian Greek professor read the Gospel of John. Jesus is amazing (as was the beauty of the Greek), insightful, smart, and, yes, divine. He claimed to be equal with God and that claim struck whoever wrote the text (within the lifetime of eyewitnesses) as true.

Maybe not, but when I examined the life of Jesus and the stories about Him, I was not satisfied with not-Christianity’s solutions ranging from the absurd (“He never existed!”) to the plausible, but not compelling (great teacher!).

If Christianity was not true, then I had radically misunderstood important life experiences.

This did not bother me the way people might think it did. Being wrong was awesome in our house. The person who could not admit she was wrong was the problem! Time and again I had experienced the freeing power of seeing that I had been seeing things badly. The first case was when I got glasses, lenses I swore I did not need, and suddenly could see! I was wrong! Wow! Hurrah for being wrong!

Mom taught me that truth from day one.

That was what God was like . . . not all the stuff people were saying. Maybe there was another way of explaining my experiences of God, but most seemed more like “explaining away” so we could be not-Christians. That was cheating.

Jesus rose from the dead. Maybe not, but the alternative explanations did not work for me. I could explain away Jesus being alive, but these explanations seemed forced. The simplest, most natural explanation, was that the tomb was empty and Jesus alive.

If Christianity was not true, then what is true? Is anything?

I did not need an alternative to Christianity to reject Christianity, but such an option would have helped. Was there another view of reality that would sustain all that Christianity was capable of sustaining? Christianity was capable of supporting a scientific understanding of the world and inspiring an artist. Christianity could encourage a peasant to rebuke a Pope, but also maintain social order. Atheism with various forms of secularism (as I experienced in graduate school) was intellectually appealing and could support science, but I saw no examples of secularism sustaining a culture. The places where atheism or agnosticism won were uniformly awful or in their twilight years (Western Europe) and I could not see it producing much more than the pop culture around me.

OK as far as it went, but not enough, not nearly enough.

As for other religions, Judaism is our mother and so deserved consideration, but as I have already said: Jesus. As for Islam, no philosopher can hate Islam, I could see no evidence Islam had peace with the world as it is as opposed to what it wished the world was. Islam was (at best) a work in progress. I could not go there. Eastern religions were very attractive, thanks to Plato, but again they seemed to do science on the side. I love science . . . and enough Isaac Asimov had soaked into my bones to get the shivers when people started down the postmodern road.

Christianity could sustain a republic, or a constitutional monarchy. It could inspire a scientist or an artist. This was something and against it I could not find anything else.

Having tried to show Christianity was false, I knew the honest thing to do was to embrace the opposite and see.  I decided to assume Christianity was true and examine the implications. I did. That is why I am here.

July 15, 2017 Christianity: the Rumor that is True -- Questions from M
Browse Our Archives
Related posts from Eidos