This post is part of a blog challenge series, 30 Days of Devotion to Hekate.  Day 25 and we’re looking any interesting or unusual unverified personal gnosis I might have about Hekate.

I honestly don’t have all that much, that I haven’t already shared.  But I suppose I can recap those little bits and pieces and discuss one UPG I have or had, to be more precise.

I actually laugh about this one now.  UPG that I used to have, but no longer do.  I described in my second post, how I became aware of Hekate, that many of the books I read in my formative years, about Hekate, were not the best kinds of books.  These were books usually filled with misconceptions about Hekate – crone, dark Goddess, Triple Goddess etc, with no reference to Her light aspects, Her being a maiden and everything else we’ve discussed in this series.

But I never did like all those ideas the books said about Her.  Oh, Dark goddess, sure.  I like that aspect of Her, because I am a dark person.  But I never liked the crone aspect, I never really understood Her place in the Triple Goddess.  And I never liked that She was only dark.

So before I ever learned all the truths about Her, I decided that no, She was not the crone and She didn’t fit the Triple Goddess the way everyone said She did.  And She wasn’t all dark and evil either.  I figured my UPG wouldn’t be popular so I never spoke about it, I just went along pretending to go along with the ideas about Her.  But I didn’t like those ideas.

So, my UPG about Hekate was that She is not the dark crone of the Triple Goddess.

Funny how that one turned out.  Not UPG at all, but historical lore.

Sadly, it was only a couple years ago that I finally started being more vocal about the no-crone thing, because it doesn’t really matter what the history says.  Popular Pagan and Witch view says She is the crone, and woe betide anyone who disagrees – so I stayed quiet on it for a long time.  Which is kind of unlike me, I do so love to stick my nose in when it comes to people spreading misconceptions.

I’m probably making up for it now though.

3 – Symbols and icons of this deity
4 – A favourite myth or myths of this deity
5 – Members of the family – genealogical connections
6 – Other related deities and entities associated with this deity
7 – Names and epithets
8 – Variations on this deity (aspects, regional forms, etc.)
9 – Common mistakes and worst misconceptions about this deity
10 – Offerings – historical and UPG
11 – Festivals, days, and times sacred to this deity
12 – Places associated with this deity and their worship
13 – What modern cultural issues are closest to this deity’s heart?
14 – Has worship of this deity changed in modern times?
15 – Any mundane practices that are associated with this deity?
16 – How do you think this deity represents the values of their pantheon and cultural origins?
17 – How does this deity relate to other gods and other pantheons?
18 – What quality or qualities of this god do you most admire? And find the most troubling?
19 – Art and music that reminds you of this deity
20 – A quote, a poem, or piece of writing that you think this deity resonates strongly with
21 – Your own composition – a piece of writing about or for this deity
22 – A time when this deity has helped you, and refused to help
23 – How has your relationship with this deity changed over time?
24 – Something you wish you knew about this deity but don’t currently
25 – Any interesting or unusual UPG to share?
26 – Bonus: Hekate in popular culture – TV, movies, plays, fiction books
27 – Bonus: Hymns to Hekate
28 – Bonus: Beginners Ritual Outline
29 – Any suggestions for others just starting to learn about this deity?
30 – Bonus: Resources and Sources about Hekate 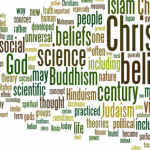 August 24, 2016
Cultural and Religious Appropriation and Where to Draw the Line
Next Post 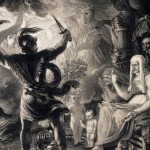 August 26, 2016 30 Days of Hekate: 26 - Hekate in Popular Culture
Browse Our Archives
get the latest from
Pagan
Sign up for our newsletter
POPULAR AT PATHEOS Pagan
1