Is ‘Eclectic’ An Outsider Term? Rethinking The Eclectic Label

I’ve never liked the title ‘eclectic,’ even though that’s technically what I am.  Something about it feels cheap, sort of like calling my spirituality a ‘rummage sale’ or a ‘bargain bin’ instead of something that I’ve thoughtfully curated.  I’ve been thinking a lot about the term eclectic, its use in the pagan/witchcraft community, and how it doesn’t sit well with me.  Turns out, I’m not alone.

Recently, while teaching a workshop about at Pagan Spirit Gathering, I asked the class if anyone ever chaffed at the term ‘eclectic.’  More than half of the people raised their hands.  They said it felt too generic and it didn’t describe them, even though they were eclectic practitioners.  I feel the same way.

There’s something about the word that makes it seems as if it came from someone outside of an eclectic practice.  The word seems lifeless and clinical, as if an anthropologist came up with it to describe my spirituality.  So, I decided to write an article about what it’s like to be an eclectic from the inside.

The top definition for eclectic is: ‘deriving ideas from a broad and diverse range of sources.’  But what does that mean, exactly?

With traditions like Wicca and Feri, you know exactly what they practice, or have a general idea. With eclectics?  It’s different for everyone.  I believe that the vagueness inherent in the definition cheapens our label.

While the term ‘eclectic’ might accurately characterize someone who works with a lot of different deities or spirits, it doesn’t hint at the integrity that most of us have with our practices.  It doesn’t give any reasons why we have those different practices and draws, and it certainly doesn’t do justice to how complicated and deep our paths really are.

Eclectics need more than just a broad label about variety.  We deserve to be acknowledged for our integrity, cohesion, and depth.

In this day and age, it’s more important than ever to have integrity.  I believe many  eclectic witches and pagans have that integrity, but the term ‘eclectic’ doesn’t imply that.  ‘Eclectic’ implies that we have a broad range of sources, but it doesn’t state how well we’re steeped in them.  Instead, the broad range could be seen as shallow or flaky.

There are times when I feel others don’t respect me for being eclectic.  I understand that without a tradition, we eclectics might appear to be wishy washy.  Some people I’ve encountered have questioned how I can learn wisdom if I don’t want to study the traditional and occult classics.  I was also recently told to ‘get thee to a coven’ by someone who felt I needed a tradition in order to teach others.  Some people have even taken it a step further and have told me that eclectic practitioners are dangerous.

However, I know many eclectics who are better scholars than tradition-bound people.  Just because someone is eclectic doesn’t mean they’re clueless or unethical.  And it certainly doesn’t mean that we’re dangerous, either.  We study.  We do the work.  We practice.

Our Broad Choices Have An Inner Cohesion

There are many reasons why eclectics work with disparate deities and spirits–it’s because we’re unique individuals.  We have different experiences and need different things from life.  Of course, all pagans and witches are unique.  But, think of it this way–someone who starts their own religion/spirituality is certainly a different kind of person.

One of the biggest reasons we eclectics take the choose-your-own-adventure approach to spirituality is due to our interactions with the otherworld.  In a tradition, there’s a certain meet-and-greet with energies and the gods.  Not so with eclectic people.  The otherworld taps us on our shoulders, and we respond.  That’s pretty honest, if you ask me.

The other reason we have varied practices is due to our deep and persistent intuitions about what kind of magical/spiritual work we should perform in the moment.  Our intuition will often lead us toward whatever has meaning for us.

These experiences give us cohesion, or reasons why we may have such broad practices.

This is a pun on intuition, but I’m serious, too.

Everyone talks about ‘walking the pagan path,’ but eclectics walk a ‘path without a path.’  While many pagans and witches are on a clear path, with initiations and marked sabbats that are held by others, we eclectics are wandering around the forest, feeling the wind on our faces, using our intuition to determine which way to go.  We are often our own priests/priestesses because our paths are so unique.  That takes courage.

Another brave thing we encounter is the willingness to let practices go, to grow and change, and no longer work with certain gods and/or spirits.  For example, my youthful goddesses, Cerridwen, Artemis, and Brigid, are no longer my main goddesses.  I gained wisdom from them, and moved on.  My intuition told me to work with others who could teach me more, and so, I did.

These abilities and practices give us a strength and depth that’s not acknowledged in the ‘eclectic’ term.

Should You Keep The Term Eclectic?

Eclectic is a label, and a weak one, in my opinion.  One reason why I started the intuitive witchcraft movement is to give us eclectic practitioners reasons why we have seemingly disparate choices.  It reframes eclectic witchcraft from a ‘this and that’ spirituality to focus on what’s really at hand: using our intuition about spirituality, reading the energy at hand, and a having willingness to grow.  In other words, it’s eclectic from the inside out.

How do you feel about the term eclectic?  Will you keep the title, or will you claim something different?  Will you use the term ‘intuitive witch,’ or will you create your own term that better describes your practice?

Your label is entirely up to you.  I respect and honor your choice in the matter.  Call yourself anything that makes sense to you.  If you use the term eclectic, I respect it, and also apologize for disparaging it a little.  I know I’m a bit rebellious, so I may be the odd one out.

On the other hand, I could also be on the verge of a new way of looking at eclectic practices.  It’s all in the eye of the beholder.  And the most important eye, in my opinion, is your own. 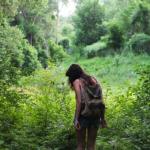 June 24, 2019
Intuitive Witch Walks: Your Passport To Another World
Next Post 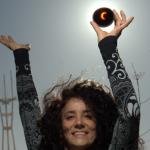 July 3, 2019 Eclipse Magic: How To Properly Harness The Power Of An Eclipse
Recent Comments
6 Comments | Leave a Comment
Browse Our Archives
get the latest updates from
Starlight Witch
and the Patheos
Pagan
Channel
POPULAR AT PATHEOS Pagan
1