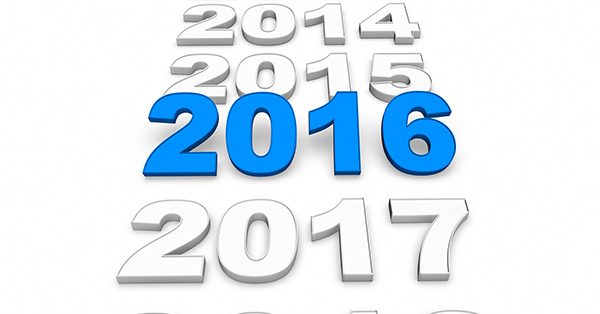 There is no question this has been a remarkable year both personally and in the public consciousness. I have been reminded of the Queen’s famous description of 1992 as an Annus horribilis when in typical British understatement she said, “1992 is not a year on which I shall look back with undiluted pleasure.”

2016 is a year when we have been very conscious of the deaths of what seems like a remarkably large number of celebrities. The stars of the sixties who have clung onto fame ever since are now ageing and there is no doubt that many of our most loved icons died this year. Few of us have not had at least one moment when we have been grieving the loss of a star we have admired for decades.  Perhaps, for me personally, the most poignant was Carrie Fisher, who’s role as Princess Leia formed part of the backdrop of my youth.

No doubt some of my readers have been personally affected by deaths of loved ones who are more close to home. I’m sure most of  you are Christians, and so I pray that such grief, although still very painful, will be tinged with hope rather than despair.

2016 also brought political upheaval on the world stage leading to uncertainty and anxiety about what the future will bring. I voted to remain in the EU, and yet we voted for Brexit. The jury is still out on whether that will turn out to be a disaster or the most inspired choice since we rejected joining the ill-fated Euro currency.

I know many of my American readers voted for Trump, but I was firmly in the camp that wanted to say ‘You’re fired!‘ to him all year. Some may welcome his election as a break on political correctness and aggressive secularism, but many of us have real concerns about a personality like his being the leader of the free world.

Both of these major Anglo-Saxon political upheavals, the rise of popularism elsewhere, and not to mention the resurgence terrorist threat, all have the potential to lead to great fear concerning the future. Will we fear or will we dare to hope?

Is this what you want to do to 2016? Not so fast….read this first: https://t.co/4jj4wKpXeY pic.twitter.com/0I6NKPsvQW

As we look back on this year and assess it, our perspective is everything. It is not what happens to us, but how we choose to interpret it that determines our mood, and how we asses the past and approach the future. Will we focus only on how sad we are over those we have lost? Or will we be grateful for the joy they brought us, and thankful for those who we will still enter 2017 with? Will we dwell on the sad things that happened to us, or will we chose to be thankful for the great things? Will we remember what God has done for us or complain about what we perceive to be unanswered prayers? Will we choose to pray more, to implore God’s blessing on the future?  Will we live in fear? Or will we trust that God is at work in all circumstances for our good (Romans 8:28). Perhaps there are people this year who meant you harm, but all the while God meant good for you (Genesis 50:20). Knowing the sovereignty of God is at work makes all the difference.

One major event for me in 2016 was that I changed jobs towards the end of the year. This involved me, for the first time since 1996, moving away from psychiatry, and taking on the challenge of rare diseases. It would be very easy for me to focus on leaving a therapy area I loved, and become melancholy.  I could easily bemoan the sad state of affairs where there is so little current investment in new treatments for mental illness. Or, I could chose instead to be excited about the new opportunity that lies ahead of me. And there is no doubt that the very act of changing jobs can introduce a more healthy perspective of work to even a workaholic like me.

During 2016, there were undoubtably some difficult moments for me personally. There were months where I did not fully feel myself, and times during which I acted out of character. If I chose to I could easily ruminate on these periods, and if I did so my mood would definitely plummet, and perhaps, if I did so for long enough, I might even become clinically depressed. And yes, just in case you are in any doubt, a Christian can get depressed. Few would disagree that Spurgeon was one of the greatest Christians outside of the Bible, and yet he plunged into a depression from which he at the time thought he would never escape. Even the Apostle Paul spoke of discouragement, but he also found God in the midst of his difficulties as can we.

I am grateful that I did not sink fully into the slough of depression this year.  I do remember some pretty bleak moments, however. Perhaps the worst found me in uncontrollable tears at the top of the steps down into an underground station. All of a sudden, a stranger approached me, asked me if I was OK, and spent several minutes conforting me. They insisted on exchanging numbers so I could let them know I got home safely. They later explained that, although they are not at all religious, they felt like a higher power was compelling them to approach me. At that low moment, during a season when I had largely been neglecting God, He wasn’t neglecting me, and sent me an angel unawares.

But, there were also lots of great moments in 2016!  It would be very foolish of me to forget them and focus only on the negative.

Every friend was once a stranger. Be kind to a stranger today.

Even in the middle of painful situations, God really is there. The resurrection of Jesus continues to be the only reliable source of hope in the midst of the challenges we see all around us. Once again I was encouraged when this Easter brought renewed interest in my first book, Raised With Christ and I also shared my own story in the context of a new movie on the resurrection.

As I look back on this remarkable year, I have a renewed determination to do what I can to encourage the obedience of faith in both myself and others. Earlier this year I wrote the following about this phrase:

I can think of at least  five possible ways of interpreting this and I know the scholars disagree.  Which of these are we talking about Paul? Is it:

Could it be that it is all five?  READ MORE

Unusually for me, I didn’t preach at all this year, and only spoke at one Christian event, speaking on the opportunities and pitfalls the Internet poses for Christians at the CMF student conference. It was a real privilege to meet with future doctors. In this and so many other ways 2016 was a year of necessary pruning for me. Please pray for me that 2017 sees the shoots of new life and growth.

As we look forward into 2017, as helpful as it can sometimes be to make resolutions, they are not the perfect answer. I have listed 45 practical resolutions that can help improve our health, but when I selected just four of them to focus on just last month, I have to confess I have not even managed to keep any of them up to the degree I wanted to!  But, they remain an aspirational goal.  I am not one who rejects the notion of resolutions. We just need to be gracious towards ourselves when we inevitably fail, and realise that keeping them is not the source of our salvation! 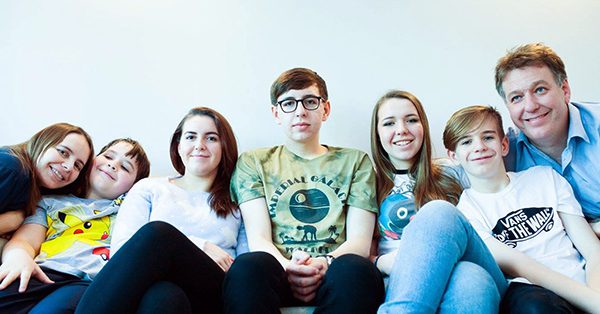 This year has seen my family doing well, with Andrée working hard to develop in her career as a dyslexia specialist, Tamasin spending a profitable few months volunteering at Liv village in South Africa, Henry gaining good AS results, Charis working hard for her GCSEs, Joel enjoying his last relatively easy year of school before the exam work starts, and George continuing to demonstrate his fun-loving and affectionate personality to all who see. Next year will start with university interviews for both Tamasin and Henry, so we are hopeful for their future, and indeed the other children.

As a family we have also been blessed by the completion of a building project that got delayed, stalled, resulted in us firing the builder, and amazingly suddenly accelerated and left us with a lovely home and garden and a strong desire never to undertake such a major upheaval again!

I didn’t blog much this year. In fact I have already linked within this article to all the major highlights, and indeed to almost all the posts I wrote. The only major blog series I published was back in January and February when I blogged through the gospel of Mark.

As is my custom, I thought I would end the year by sharing with you a list of the most visited blog articles this year here  For the first time, none of them came from this year, but rather than be disappointed by that, I choose to be is encouraged that some of my previous work continues to bless others.

As 2016 draws to a close, whether it has been a great year, terrible year, or mixed year for you, I encourage you to reflect on it, then chose to leave it behind.  May 2017 be a blessed, prosperous, and joyous year for you all. May I wish you (a little early) a HAPPY NEW YEAR!

Most visited posts during 2016 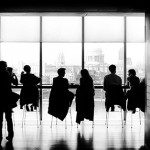 December 9, 2016
Keeping your work seat warm for the next occupant
Next Post 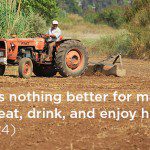 January 2, 2017 "You have eaten and drank, now work, and enjoy it!" - The Bible
Recent Comments
0 | Leave a Comment
"I can find no references supporting this article. You say "There is ample documented evidence ..."
jsampson45 Christians must stop lying about COVID19
"I would argue that he already has intervened to reduce the amount of deaths by ..."
Adrian Warnock Are COVID-19 vaccines made from aborted ..."
"Your sincere reply is noted but did not fully answer my questions. Do you believe ..."
Enlightened Are COVID-19 vaccines made from aborted ..."
"We live in a world that is broken snd not as it should be. Facing ..."
Adrian Warnock Are COVID-19 vaccines made from aborted ..."
Browse Our Archives
get the latest from
Adrian Warnock
Sign up for our newsletter
POPULAR AT PATHEOS Evangelical
1

Doubling-Down on Christian Persecution: The Cost...
The Chorus In The Chaos
Books by This Author Books by Adrian Warnock