What a year this has been.  For me personally there were some quite challenging months while Andrée was working full time. This involved me in needing to do a lot more to help around the house than usual. But it did mean that I learnt to appreciate her even more than I already did.  I am very glad that she has now decided to focus her attention full-time on the family. Five children, a dog, and me is more than enough.  We all missed her way too much! I am thankful for her as she works so hard for us.  Somehow in all the busyness I still managed to do quite a bit of blogging, however.

The bloging year began with some Promises for those who read God’s Word and a very practical tip about how to Save money on your groceries by shopping online. Other highlights in January included an Albert Mohler Interview on leadership,  Half the worlds food is thrown away, as the poor starve and Steve Chalke and others on Homosexuality and Gay Marriage.  I also asked What book do you give people at the brink of becoming a Christian?

I also shared three short clips from John Piper on speaking in tongues, prophecy, and healing which set the tone for the Desiring God Pastor’s conference the following month, and would be a subject bloggers returned to with a vengeance later in the year.  I was impressed with a quote entitled  What Mark Driscoll likes about Joel Osteen due to his appeal to Christians to look for the good in each other. It’s an appeal that needed to be repeated later on.

In February, I shared Spurgeon’s last words from his last sermon and then came a trip to the USA.  I was preaching Prophetic Encouragement – fulfilling your destiny in God in New Jersey with a dear friend, Kevin Brown while at the same time my own pastor, Tope Koleoso preached a great sermon God wants to bless you, in St Louis.  We both then met at the conference where I got to hear live a remarkable talk he gave on how to be a reformed and charismatic pastor. He also went to their seminary and spoke on Leading with Integrity.

Following the conference I posted the reasons I believe  NT prophecy is for today and is NOT authoritative and that Acts is normative.  I thought that would probably be the last I would blog on the gifts all year.  How wrong I was!As we began March, I reflected that sometimes it’s the little things that matter. In a post  Don’t follow me, follow Jesus I explained how a rebuke from my Grandfather led me to change to the words “Connect with” in my sidebar.  I boldly claimed thatpeople who have a problem with mega churches would have had a problem in Jesusalem!I found a bit of renewed interest in my book, as Easter was approaching. As the book is on the resurrection this is perhaps not a surprise.  I was interviewed by Frank Viola, and went on the radio twice: Knowing the Truth and BBC London.   At Easter I preached a Good Friday Sermon at Jubilee.

The sudden death in April of Rick Warren’s son led directly to a multi-month series on Mental Health. If you haven’t already, I encourage you to pick out some posts from that series to read. Christians really need to know more about this vital subject.  If you have time for a few, I recommend the following highlights:

Although I was pre-occupied with the series there were a couple of stand-alone posts during the “Mental Health Months” that are worth mentioning:

Once my Mental Health series was finally complete, I turned my attention to a slow meander through leadership lessons from the book of 1 Samuel.  This is something I plan to come back to in the New Year, and which has already been interrupted in the middle.  A few highlights include:

But 2013 will forever be remember as the year that John MacArthur set the blogosphere ablaze with his Strange Fire. My blog series ran and ran, but if you want to catch just some of them, try these:

Ironically, right in the middle of one of the most prolonged blog storms I have been involved with, I attended the Global Faith Forum.  This is not an old-school inter-faith meeting where everyone pretends they think the same. It is one where people are simply wanting to listen to each other’s perspectives and agree to be friends despite our profound differences. This kind of interaction is going to be critical in the 21st Century.

And finally I also wrote a few stand-alone posts this autumn and winter: 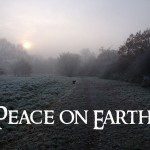 December 29, 2013 A big thank you to all my top 25 referrers
Recent Comments
1 Comment | Leave a Comment
"Thank you for your article! For my whole 60+ years I've had a hip condition, ..."
Linn Strength in Weakness
"I no more fear the nonexistence that will come upon my death then the nonexistence ..."
Mike The one question atheists can't answer: ..."
"The bottom line of all of this is that Romans 7 is expressing utter complete ..."
crossroman Disagreeing with Piper Over the Man ..."
"Yes this is good! - it (Romans 7) calls for the forced abandonment of the ..."
crossroman Disagreeing with Piper Over the Man ..."
Browse Our Archives
get the latest updates from
Adrian Warnock
and the Patheos
Evangelical
Channel
POPULAR AT PATHEOS Evangelical
1

Every Church Needs a Joker (And...
Roger E. Olson
Books by This Author Books by Adrian Warnock