The electorate these days is thinking apocalyptically. This presidential election cycle is too much even for the strongest stomachs.

The two least popular candidates in living memory are the presumptive nominees for the Democrats and the Republicans. You might ask yourself: How can Donald Trump and Hillary Clinton be the two best candidates in any world other than the world of Game of Thrones?  The nasty twists and turns of the campaign trail mean that if Donald Trump would name Monica Lewinsky as his Vice President, in order to better blow away Hillary Clinton, it would come as no surprise to most of us.

Such a dire state of things has a lot of people worried about America’s image and future, but I’m as happy as a Trump Tower customer. If Trump wins all shall be well.

Charlie Camosy, whom I interviewed about the overwhelming rejection of abortion among Millennials, is my harbinger of joy and mirth in all this political sadness. I would like to build upon in his recent Crux article. It really got me thinking when he said this:

Even if his enemies somehow manage to out-maneuver Trump at the convention by changing the rules, a massive proportion of voters who currently identify as Republicans would leave the party and support what would likely be Trump’s run as an Independent.

Trump has the Republican leadership forked, and slowly realizing their party is coming apart at the seams.

But only in our lazy, binary political imagination is this automatically good news for Democrats — a party with their lowest legislative numbers since the Hoover administration, and only 30 percent of the electorate.

Camosy makes a further develops an ecclesiological point from the above by showing how much the pontificate of Pope Francis lines up with the non-partisan values of today’s voters:

It is no wonder Francis is so beloved by young people. Consider this:

Do any of the American political parties come close to combining all these interlocking issues? Clearly not, not even close.

For the Republicans, abortion is the issue that allowed them to cynically divide the Catholic electorate, which was almost exclusively Democrat before Roe v. Wade. This one-issue Stockholm Syndrome eventually brought some Catholics on board with a borderline libertarian interpretation of the free markets, a preferential option for the rich that is at odds with Catholic teaching. The Francis Moment might help to break this double stranglehold. Before can do so, a Trump presidency must happen.

Now, I doubt that at this moment too many Catholics will enthusiastically throw in their support for Hillary Clinton who represents the Planned Parenthood agenda and the same sort of free-wheeling deregulated market that the Republicans have come to identify with. As much as I hate to admit it, I somewhat agree with Trump’s position on NAFTA. The agreement was disastrous for the blue collar worker in the United States.

That leaves them with what is know as the “MacIntyre Vote.” Let me explain the MV. It derives from a famous piece the Catholic philosopher, Alasdair MacIntyre, author of After Virtue (the most discussed book on ethics of the last 40 years or so), wrote in 2004 entitled “The Only Vote Worth Casting in November.”

Its central thesis is:

When offered a choice between two politically intolerable alternatives, it is important to choose neither. And when that choice is presented in rival arguments and debates that exclude from public consideration any other set of possibilities, it becomes a duty to withdraw from those arguments and debates, so as to resist the imposition of this false choice by those who have arrogated to themselves the power of framing the alternatives. These are propositions which in the abstract may seem to invite easy agreement. But, when they find application to the coming presidential election, they are likely to be rejected out of hand. For it has become an ingrained piece of received wisdom that voting is one mark of a good citizen, not voting a sign of irresponsibility. But the only vote worth casting in November is a vote that no one will be able to cast, a vote against a system that presents one with a choice between Bush’s conservatism and Kerry’s liberalism, those two partners in ideological debate, both of whom need the other as a target.

I agree with MacIntyre basic premises about liberalism, but I think the only way to move forward is to show how corrupt the system is by electing Trump. A very similar argument was prophetically made by Sam Rocha way back in 2011 (!!!!) in the piece entitled, “Donald Trump: The President We Deserve.”

Only a catastrophic Trump presidency would get American Catholics to reconsider divesting themselves from the two-party oligarchy and playing the political game as a powerful outsider that puts pressure on both parties with a strong emphasis on Catholic Social Teaching.

If Hillary Clinton were to win then the current arrangement would continue to live a zombie life as indicated by the various levels of support for her from Republicans such as Cheney, Koch, Kristol, and Catholic Neo-Conservatives such as the editor of First Things, Rusty Reno.

If Catholics in the pews followed their ideological blind alleys, then a chance for what economist Joseph Schumpeter called “creative destruction” would be missed. For those unfamiliar with the classic Capitalism, Socialism, and Democracy there Schumpeter argues that such destruction is the very engine of capitalism:

Capitalism is by nature a form or method of economic change and not only never is but never can be stationary… The fundamental impulse that sets and keeps the capitalist engine in motion comes from the new consumers’ goods, the new methods of production or transportation, the new markets, the new forms of industrial organization that capitalist enterprise creates… The opening up of new markets, foreign or domestic, and the organizational development from the craft shop and factory to such concerns as U.S. Steel illustrate the process of industrial mutation that incessantly revolutionizes the economic structure from within, incessantly destroying the old one, incessantly creating a new one. This process of Creative Destruction is the essential fact about capitalism. It is what capitalism consists in and what every capitalist concern has got to live in.

We all love capitalism, right? Why not employ it in our politics?

And I have faith that the thousands of people who still follow the Twitter handle @Catholics4Trump after it exposed itself as a satire account can unwittingly help to rally the troops and break already mostly broken stuff, in this case, America’s outdated political alliances. Here is a sample of the sorts of sentiments they endorse:

Today is a day long overdue. A day of justice. A day when America finally gets what it deserves. Next stop: WHITE House.

It would take the presidency of a charlatan who can even be exposed by someone as compromised as Hillary Clinton to divorce American Catholics from their addiction to wanting to be American First. This is how bad things have gotten.

Any vote not for Trump is a wasted vote, an opportunity missed, ergo: @Catholics4Trump

Remember to remain super-classy as you spread the good news about Trump.

Just in case you’re wondering: This is a serious endorsement, although you might need some comedy (below) to swallow its implications.

If you think this remedy is too painful, then remember what Joseph said to his brothers in Genesis 50:

Even though you meant harm to me, God meant it for good, to achieve this present end, the survival of many people.

After reading carefully through all this, rather than emoting at the title, you should also read the following: Subversive Orthodoxy Meets the Libertarian Preferential Option for the Rich

Do also take a look at my interview with Charlie Camosy. It will really open your eyes and give you hope: The Anti-Abortion Supermajority: Beyond the Abortion Wars 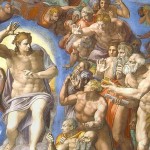 May 2, 2016
This 1 Thing Has Never Before Happened in the Sistine Chapel
Next Post 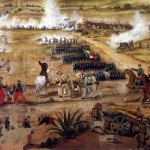 May 5, 2016 Cinco de Mayo Especial: The Legacy of Rene Girard
Recent Comments
0 | Leave a Comment
Browse Our Archives
Follow Us!