Is God in Time? (vs. Atheist Webmaster John W. Loftus) 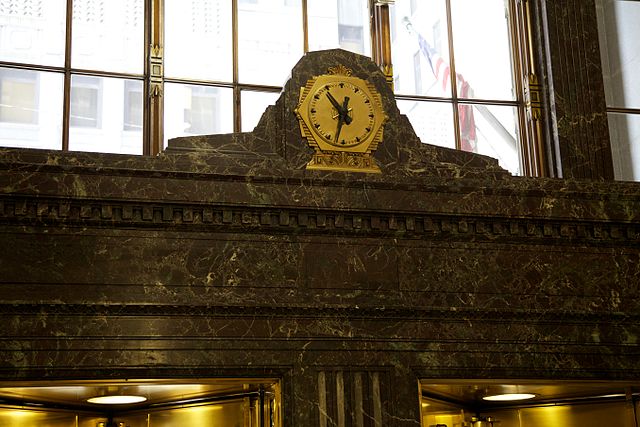 Art Deco clock over the entry doors in the lobby of the Gulf Tower in Pittsburgh; photo by David Brossard: 4 May 2013 [Wikimedia Commons / Creative Commons Attribution-Share Alike 2.0 Generic license]

The following exchange took place at Debunking Christianity blog, with John W. Loftus, former Church of Christ pastor and now an atheist. His words will be in blue.

Is God in time or is he timeless?

Either stance a Christian takes leads to some kind of incoherence.

No; saying He is in time leads to insuperable logical and biblical difficulties. Being out of time does not.

Let me simply use Christian philosopher Paul Helm’s analysis of this in “God and Spacelessness,” Philosophy 55 (1980).

Helm begins with two authors who made similar claims against the timelessness of God. J. R. Lucas made this claim: “To say that God is outside time, as many theologians do, is to deny, in effect, that God is a person.” He reasons that to be a person is to have a mind, and to have a mind requires that it be in time (i.e., thoughts require a sequence of events, etc.).

For finite created beings, sure. But an infinite, self-existent, timeless, omniscient being overcomes this limitation, it seems to me. If a being knows everything at once, no sequence is required to “work through” the patterns of thinking and analysis that we are familiar with, as finite creatures.

A.N. Prior claimed that a proposition such as “It is raining now” is not equivalent in meaning to “It is raining on Tuesday,” and that an omniscient God who knew the latter would not necessarily know the former,

I don’t follow this reasoning. I’d have to see the basis for why this person thought that.

and would not know it if he were timeless, since he could not be present on the occasion on which it was raining.

Omnipresence would overcome that. Omniscience, too. I don’t see the point of projecting inherent human limitations onto God. Atheists often complain that God is a projection. Yet here the sub-orthodox thinkers do exactly the same thing. The Christian, on the other hand, accepts God as He has revealed Himself to be. The Christian God is not the sort of being Who could readily be made up by man, precisely because His nature is so much more complex than ours and difficult to comprehend.

Really? I don’t see that they are, based on the summary. I would need to see more to understand how they argued their case in full.

A spirit does not have spatial qualities.

[I happen to agree that they are both incoherent].

Helm does not try to show that God is in fact timeless, nor is his purpose to show that the logic of these two authors is wrong. He admits that he doesn’t even fully understand what it means to say God is both timeless and spaceless. He’s only claiming that a denial of God’s timelessness is also a denial of God’s spacelessness.

After making his arguments he leaves the reader with three alternative consequences to choose from:

1) “Theism is even more incoherent than was previously thought, in that it requires unintelligibilities such as a timeless and spaceless existence.” [To this I completely agree with him here.]

2) Recognize that since the belief in God requires an infinite and spaceless God “there must be something wrong” with the arguments against the timelessness of God.” [However, it’s far from the case that the Bible describes anything but God’s activity in time, especially with the purported incarnation. Nicholas Wolterstroff’s essay, “God Everlasting” has more than sufficiently shown this, as has Clark Pinnock’s essays and books.] The Bible simply does not require that God is timeless. This view of God has been something fully adopted because of neo-Platonism and finally codified by Anselm’s conception of the “greatest conceivable being.”

3) These authors must “supply an argument against God’s timelessness that does not have a spatial parallel.” [To date this challenge has not been sufficiently met].

I would argue, as always, that the Bible is presented in pre-philosophical language. Therefore, one can say that the doctrines later developed to a very high degree by theologians, are usually not found fully-developed in the Bible. Again, this is because it is not presented in philosophical, or “Greek” terms, for the most part, excepting some portions of Paul, and things like Logos (“word”) in John, which was, I believe, Greek philosophical terminology.

On the other hand, it is obvious that God must be outside of time, if one accepts the description of Him that the Bible offers.

For example: how does God create everything that exists, while still being in time? How does He create the universe in such a fashion? There is no time, according to modern physics, without the matter which time entails in order to have any meaning. An eternal, omniscient spirit is not subject to time because there is no sequence to either His existence or “thoughts.”

One has to explain how there can be some mysterious thing called “time” before there was a material universe. What would it be? How could it be defined? What sense does it make to say that an eternal spirit-being is “in” it? What then changes when matter is introduced to the set of “real” things?

Both Newtonian and relativistic Einsteinian time depend on a material universe by which they are determined and measured: this involves the relationship of matter with other matter. Time is indeed another dimension (at least as I understand relativity, in layman’s terms).

Therefore, it is impossible, even by modern physics standards, and any reasonable form of philosophy, to say that God could be “in time” and create the universe while being in such a state. It’s a meaningless concept. Whatever the truth is, it can’t be that, because it is nonsensical and utterly illogical.

Greek scholar Gerhard Kittel (Theological Dictionary of the New Testament) explains the “I am” clauses:

The formulas [eimi: ‘to exist’ and ho on: ‘I am’] express God’s deity and supratemporality. Similar formulas occur in Judaism. The Greeks also use two- and three-tense formulas to express eternity (cf. Homer, Plato . . .). These possibly came into Revelation by way of the Jewish tradition, though a common source may lie behind the Greek and Jewish traditions.

ego eimi as a self-designation of Jesus in Jn. 8:58 (cf. 8:24; 13:19) stands in contrast to the genesthai applied to Abraham. Jesus thus claims eternity . . . The point is not Jesus’ self-identification as the Messiah (‘I am he’) but his supratemporal being.

The word was used in the Septuagint translation of the OT (LXX). Plato had used it in the sense of “timeless eternity in contrast to chronos as its moving image in earthly time (cf. Philo)” (p. 31).

So this is how the word was understood. The Greek translators thought it was best to apply this word to God, and the increased development of understanding of philosophical-type issues of this sort added clarification to the Jewish and later Christian doctrine of God.

That is, Helm argues that one can either, a) Deny (or accept) the unintelligible existence of both a timeless and spaceless God,

I suspect that he would frame the question as being ultimately mysterious and difficult to human minds, but not “unintelligible” – which implies an irrationality and unreasonableness to the Christian doctrine of God. Helm appears to be an orthodox Christian, from what I can tell (he and I would agree on the doctrine of God).

b) Accept the consequences of a God who is both in time and finite, or,

This is radically unbiblical; hence no Christian who accepts biblical inspiration could possibly take this view.

c) Supply other arguments on behalf of a God who is in time which does not also deny God’s spacelessness. Not being able to do (c) presents the dilemma of choosing either (a) or (b).

God cannot be in time, according to the Bible, or any rational belief that He created the universe. The first scenario is impossible exegetically, the second, logically, and scientifically (i.e., if one presupposes a creator and then subjects such a concept to theoretical scientific analysis).

Here is a Christian philosopher of some note who recognizes a very serious problem in reconciling God and time. He makes my case for me.

I suspect you are slanting his full argument. If he is orthodox, he would not put it in such despairing terms. He would say it was ultimately a mystery (meaning we can’t fully understand or comprehend it; not that it is literally irrational).

On the one hand we have the Bible, which clearly shows God responds to us in time,

Yes, of course. It must do so, in the sense of anthropomorphism, precisely because we can barely comprehend a timeless being. But God does break into time. We see that with the incarnation. Jesus lived in history. When God took on matter and a human body, the incarnate God subjected Himself to time, because that is the nature of matter and human bodies. It’s not a contradiction because God created time and matter; therefore He can partake of it if He so chooses, in terms of becoming incarnate.

along with the philosophical arguments of J.R. Lucas and A.N. Prior. On the other hand, a being in time also denies that God is spaceless. Which is it?

I have given the orthodox Christian, biblical view of God. It is not incoherent or illogical at all. 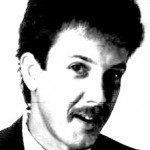 November 9, 2006
Feedback Comments on My Writing from Non-Catholics
Next Post 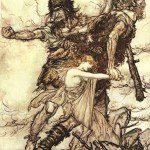 January 3, 2007 Atheist Myths: "Christianity vs. Science and Reason"
Recent Comments
2 Comments | Leave a Comment
"I Totally agree Calvinists are a minority. Their trick is they infiltrate every avenue to ..."
James Calvinism: Tiny Minority Historically & Demographically
"As I wrote in the paper:In several other instances, men are also bowed down to ..."
Dave Armstrong Bible on the Veneration of Angels ..."
"Angels are royal princes so of course they are worthy of veneration and bowing down ..."
Zoe Bible on the Veneration of Angels ..."
"Yes, because it's two different positions. Infallibility is a protection from error when one is ..."
Dave Armstrong Reply to Lucas Banzoli: 2 Tim ..."
Browse Our Archives
Related posts from Biblical Evidence for Catholicism