Patheos Explore the world's faith through different perspectives on religion and spirituality! Patheos has the views of the prevalent religions and spiritualities of the world.
. . . Sanctioned by God; Many Biblical Examples Provided 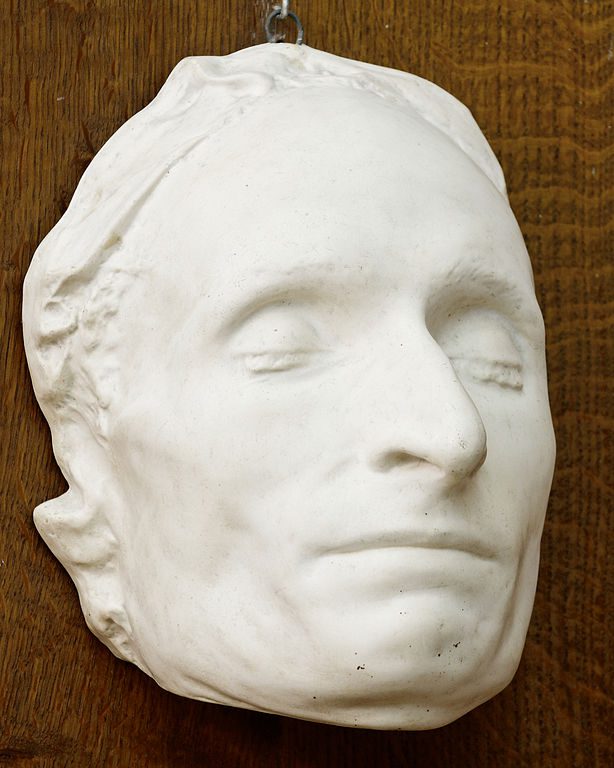 From Provincial Letters, Letter XI (18 August 1656), pp. 167 ff. Bracketed, blue-colored additions are my own: biblical passages from RSV. Everything else is from Pascal.

* * *
Indeed, reverend sirs, there is a vast difference between laughing at religion, and laughing at those who profane it by their extravagant opinions. It were impiety to be wanting in respect for the verities which the Spirit of God has revealed; but it were no less impiety of another sort, to be wanting in contempt for the falsities which the spirit of man opposes to them.
For, fathers (since you will force me into this argument), I beseech you to consider that, just in proportion as Christian truths are worthy of love and respect, the contrary errors must deserve hatred and contempt; there being two things in the truths of our religion—a divine beauty that renders them lovely, and a sacred majesty that renders them venerable; and two things also about errors—an impiety, that makes them horrible, and an impertinence that renders them ridiculous. For these reasons, while the saints have ever cherished towards the truth the twofold sentiment of love and fear—the whole of their wisdom being comprised between fear, which is its beginning, and love which is its end—they have, at the same time, entertained towards error the twofold feeling of hatred and contempt, and their zeal has been at once employed to repel, by force of reasoning, the malice of the wicked, and to chastise, by the aid of ridicule, their extravagance and folly.
Do not then expect, fathers, to make people believe that it is unworthy of a Christian to treat error with derision. Nothing is easier than to convince all who were not aware of it before, that this practice is perfectly just—that it is common with the fathers of the Church, and that it is sanctioned by Scripture, by the example of the best of saints, and even by that of God himself.
Do we not find that God at once hates and despises sinners; so that even at the hour of death, when their condition is most sad and deplorable, Divine Wisdom adds mockery to the vengeance which consigns them to eternal punishment? “In interitu vestro ridebo et subsannabo—I will laugh at your calamity.”
[Proverbs 1:26-27 I also will laugh at your calamity; I will mock when panic strikes you, [27] when panic strikes you like a storm, and your calamity comes like a whirlwind, when distress and anguish come upon you.]
The saints, too, influenced by the same feeling, will join in the derision; for, according to David, when they witness the punishment of the wicked, “they shall fear, and yet laugh at it—videbunt justi et timebunt, et super eum ridebunt.”
[Psalm 52:5-7 But God will break you down for ever; he will snatch and tear you from your tent; he will uproot you from the land of the living. [Selah] [6] The righteous shall see, and fear, and shall laugh at him, saying, [7] “See the man who would not make God his refuge, but trusted in the abundance of his riches,
and sought refuge in his wealth!”]

It is worthy of remark here, that the very first words which God addressed to man after his fall, contain, in the opinion of the fathers, “bitter irony” and mockery. After Adam had disobeyed his Maker, in the hope, suggested by the devil, of being like. God, it appears from Scripture that God, as a punishment, subjected him to death; and after having reduced him to this miserable condition, which was due to his sin, he taunted him in that state with the following terms of derision: “Behold, the man has become as one of us!—Ecce, Adam quasi unus ex nobis!” [Genesis 3:22] —which, according to St Jerome and the interpreters is “a grievous and cutting piece of irony,” with which God “stung him to the quick.” “Adam,” says Rupert, “deserved to be taunted in this manner, and he would be naturally made to feel his folly more acutely by this ironical expression than by a more serious one.” St Victor, after making the same remark, adds, “that this irony was due to his sottish credulity, and that this species of raillery is an act of justice, merited by him against whom it was directed.”

Thus you see, fathers, that ridicule is, in some cases, a very appropriate means of reclaiming men from their errors, and that it is accordingly an act of justice, because, as Jeremiah [48:26?] says, “the actions of those that err are worthy of derision, because of their vanity—vana simt et risu digna.” And so far from its being impious to laugh at them, St Augustine holds it to be the effect of divine wisdom: “The wise laugh at the foolish, because they are wise, not after their own wisdom, but after that divine wisdom which shall laugh at the death of the wicked.”
The prophets,”accordingly, filled with the Spirit of God, have availed themselves of ridicule, as we find from the examples of Daniel and Elias.
[1 Kings 18:26-27 And they took the bull which was given them, and they prepared it, and called on the name of Ba’al from morning until noon, saying, “O Ba’al, answer us!” But there was no voice, and no one answered. And they limped about the altar which they had made. [27] And at noon Eli’jah mocked them, saying, “Cry aloud, for he is a god; either he is musing, or he has gone aside, or he is on a journey, or perhaps he is asleep and must be awakened.”]

In short, examples of it are not awanting in the discourses of Jesus Christ himself. St Augustine remarks that, when he would humble Nicodemus, who deemed himself so expert in his knowledge of the law, “perceiving him to be puffed up with pride, from his rank as doctor of the Jews, he first beats down his presumption by the magnitude of his demands, and having reduced him so low that he was unable to answer, What! says he, you a master in Israel, and not know these things!—as if he had said, Proud ruler, confess that thou knowest nothing.” St Chrysostom and St Cyril likewise observe upon this, that “he deserved to be ridiculed in this manner.” [John 3:1-15]

. . . I am sure, fathers, these sacred examples are sufficient to convince you, that to deride the errors and extravagances of man is not inconsistent with the practice of the saints; otherwise we must blame that of the greatest doctors of the Church, who have been guilty of it—such as St Jerome, in his letters and writings against Jovinian, Vigilantius, and the Pelagians; Tertullian, in his Apology against the follies of idolaters; St Augustine against the monks of Africa, whom he styles “the hairy men;” St Irenaeus against the Gnostics; St Bernard and the other fathers of the Church, who, having been the imitators of the apostles, ought to be imitated by the faithful in all time coming; for, say what we will, they are the true models for Christians, even of the present day.

In following such examples, I conceived that I could not go far wrong; and, as I think I have sufficiently established this position, I shall only add, in the admirable words of Tertullian, which give the true explanation of the whole of my proceeding in this matter:

What I have now done is only a little sport before the real combat. I have rather indicated the wounds that might be given you, than inflicted any. If the reader has met with passages which have excited his risibility, he must ascribe this to the subjects themselves. There are many things which deserve to be held up in this way to ridicule and mockery, lest, by a serious refutation, we should attach a weight to them which they do not deserve. Nothing is more due to vanity than laughter; and it is the Truth properly that has a right to laugh, because she is cheerful, and to make sport of her enemies, because she is sure of the victory. Care must be taken, indeed, that the raillery is not too low, and unworthy of the truth; but, keeping this in view, when ridicule may be employed with effect, it is a duty to avail ourselves of it.

See also related passages:
Psalm 2:4-5 He who sits in the heavens laughs; the LORD has them in derision. [5] Then he will speak to them in his wrath, . . .

Psalm 37:12-13 The wicked plots against the righteous, and gnashes his teeth at him; [13] but the LORD laughs at the wicked, for he sees that his day is coming.

Psalm 59:8 But thou, O LORD, dost laugh at them; thou dost hold all the nations in derision.

Proverbs 3:34 Toward the scorners he is scornful, but to the humble he shows favor.

Proverbs 14:9 God scorns the wicked, but the upright enjoy his favor.

Amos 5:21 I hate, I despise your feasts, and I take no delight in your solemn assemblies.

Nahum 3:6 I will throw filth at you and treat you with contempt, and make you a gazingstock. 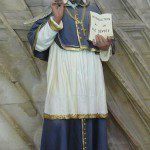 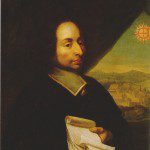 December 29, 2011 Blaise Pascal on Biblical Paradox vs. False Dichotomies
Recent Comments
12 Comments | Leave a Comment
Browse Our Archives
get the latest updates from
Biblical Evidence for Catholicism
and the Patheos
Catholic
Channel
POPULAR AT PATHEOS Catholic
1