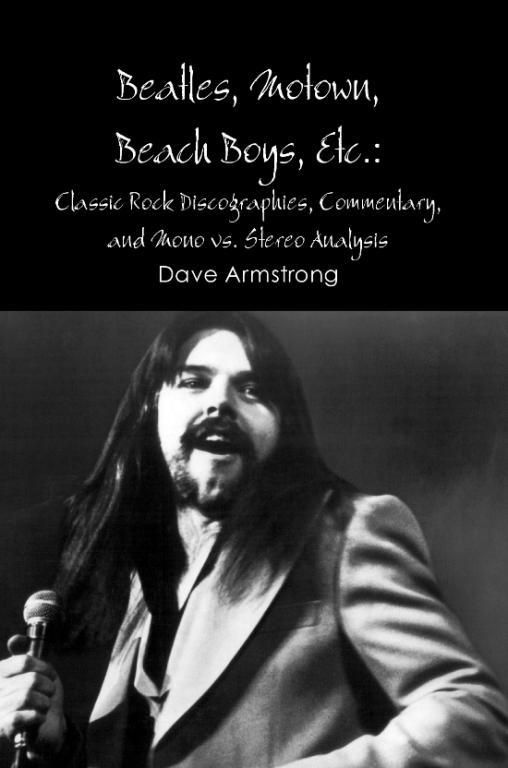 [cover design by Dave Armstrong. Photo of Bob Seger is of unknown origin and in the public domain]

— for purchase information, go to the bottom —

DEDICATION / NOSTALGIC REFLECTION
*
To my late brother Gerry Armstrong (1948-1998), who did the “60s thing” of being in a “blue-eyed soul” garage band in 1967, playing the organ for songs like Good Lovin’, 96 Tears, To Love Somebody, In the Midnight Hour, and their own original Miniskirt, thus causing our illustrious neighbor to call the police, in vain hopes of stopping the glorious sounds being produced in our dining room in working class southwest Detroit.
I got to play the drums and organ (not with the band!) and learn what “reverberation” was, by toying with the amplifier buttons. A “Motown scout” even came to the house one day, around 1970 or so. It came to nothing, but it was wonderful just the same. My sister Judy’s 45 records would fill the air, including, notably (and among many scores of great pop hits), Day Tripper, California Girls, Summer in the City, Beauty’s Only Skin Deep, But it’s Alright (J. J. Jackson), and Heavy Music (local hero Bob Seger).
I watched (during those happy formative years of my life) American Bandstand, Shindig, Hullabaloo, and Swingin’ Time, from Windsor, Ontario, across the river (Gerry and his band actually appeared on it one night). Of course, I was also there (all of five-and-a-half) watching with baited breath, The Ed Sullivan Show in January [actually February] 1964, to see a certain new band from Liverpool, England. My three favorite songs still are (unsurprisingly) from the quintessential year of American Top 40: 1967: all of a soul / R&B; style, and one even by a Detroiter (Jackie Wilson): most appropriate for a Motown native like myself.
BACK COVER TEXT
*
Motown native and baby boomer Dave Armstrong (born in 1958) provides a goldmine of information in this homage to classic rock, with massive, fact-filled discographies of songs by Motown artists, The Beatles, The Beach Boys, Detroit Rock (1965-1975), Buddy Holly, Sam Cooke, and Van Morrison: including data concerning stereo and mono versions, recording dates, producers, songwriters, Billboard chart positions, best-sounding recordings, and many other facts.
*
Also contains chapters on the topics of rockabilly, a “blues and country musical pilgrimage” to the South, recent landmark albums by Paul McCartney and Brian Wilson, selected Beatles mono recordings (deemed as superior to their stereo counterparts), a review of Beatles imitation groups, Bob Seger, classic rock artists 60 years or older, and favorite singles and albums from the classic rock era.
*
A distinctly nostalgic tone is evident throughout. Any fan of classic rock (especially residents of Michigan and Detroiters) will love the musical reflections.
*
[smaller text at bottom]:

Lifelong metro Detroit resident DAVE ARMSTRONG grew up in southwest Detroit in the classic Motown era and “Golden Age of Pop” in the 1960s. He majored in music at Cass Technical High School (nationally renowned for its music program), playing trombone in the orchestra and band, and ushering at Detroit Symphony Orchestra concerts (his first job). Dave loves music of all kinds, has a vast personal collection, devours music biographies, and has played eight different musical instruments, including a mean blues harp.

PHOTO INFORMATION
***
Front cover photograph:  Bob Seger in 1977 (unknown photographer): the year I first saw him in concert at Cobo Arena in Detroit (where Live Bullet was recorded in 1975, and where my high school graduation was held in June 1976), and just after he had finally hit it big nationally with his album, Night Moves; public domain per the Wikipedia file page.
*
Back cover photograph: Hitsville USA building (Motown) on West Grand Boulevard in Detroit, Michigan; taken on 19 June 2006 by Chris Butcher (cropped and greater contrast added); public domain per the Wikipedia file page. 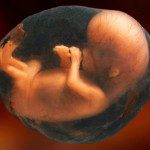 May 2, 2012
Debate on Abortion with an Atheist (with Reductio ad Absurdum)
Next Post 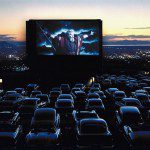 June 23, 2012 On Violence in Films & Young Teens (The Book of Eli)
Recent Comments
0 | Leave a Comment
"Honestly, I read the flood account more as an account of what the Israelites believed, ..."
Anthony Debate: Historical Local Flood & Biblical ..."
"The list is chronological. :-)"
Dave Armstrong Best-Sounding Beatles Songs: All 211
"Pretty reasonable rankings Dave, although I don't see how Revolution 9 gets above 200. :-)It ..."
VicqRuiz Best-Sounding Beatles Songs: All 211
"The Galileo incident was very complex. Of course secular historians and anti-theist atheists and anti-Catholic ..."
Dave Armstrong Debate: Historical Local Flood & Biblical ..."
Browse Our Archives
Related posts from Biblical Evidence for Catholicism

Catholic
Tackling the Objection that my Articles are "Too...
Biblical Evidence for Catholicism 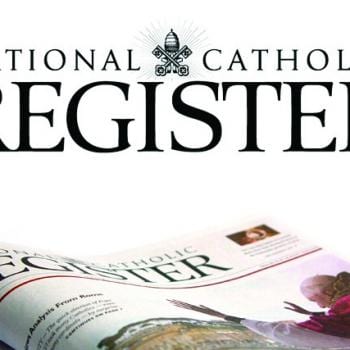