Thoughts on the Blasphemy and Heresy of Arius (Arianism)

Thoughts on the Blasphemy and Heresy of Arius (Arianism) January 3, 2014 Dave Armstrong

Patheos Explore the world's faith through different perspectives on religion and spirituality! Patheos has the views of the prevalent religions and spiritualities of the world.
. . . (Who Thought Jesus Was Created)

How does, for example, the blasphemy of asserting that Jesus is a mere creature [this is Arianism, folks] have “a genuine theological concern at its core”? To assure that God (the Son) is not worshiped and adored as the Father is? That’s just . . . heresy and blasphemy. There is nothing good in that. It rejected what was clearly revealed in Scripture and always held in Christianity.

Heresy and blasphemy often comes from a mix of ignorance and good intentions. Luther was well-intentioned, likable, said lots of good stuff, etc. At the same time he taught a lot of rebellious, worthless rotgut. It’s a mixed bag. It’s a lot less mixed with something as atrocious as Arianism, which is not Christian, as Lutheranism is.

Maybe Arius was a fun guy to have a beer with. I don’t care. That’s neither here nor there. I deal with the theological opinions . . .

One who denies the Trinity (I say) is not a Christian at all. They don’t even accept the Nicene Creed, for heaven’s sake. That’s why both Mormons and Jehovah’s Witnesses are not. Not all theists are Christians. By that criteria, both Jews and Muslims (as well as all these non-trinitarian heretics) are in the fold. That’s an awful big tent. :-)

Relegating Jesus to a mere creature is certainly objectively blasphemy, whether intended or not (it usually isn’t intended as such). The act of turning God into non-God is blasphemous as well as heretical.

I think much of heresy is going to the extreme: either in irrational or hyper-rational reaction to an orthodox tenet, or in extreme counter-reaction to another heresy. Thus, Monophysitism is arguably the other extreme of Nestorianism. The latter emphasized Jesus’ human nature to the detriment of His divine nature, whereas the former made the opposite mistake.

I can think of few things more insulting to God than to deny that He is Who He is. It’s like the flip side of idolatry. That makes something not God into a god; whereas Arius makes God into not-God or a mere lesser “god.”

If Arius thought Jesus wasn’t God, he wasn’t trying to blaspheme Him (quite obviously); yet it is objectively blasphemous, because He is God. Thus He blasphemes by claiming that Jesus was created, which makes Him a creature on our level, not the eternally existent God. That’s objectively blasphemous (saying things of God that aren’t true), if not subjectively. It’s a lot like the distinction between mortal and venial sin.

St. John Chrysostom said it was blasphemy to assert that God could change (which His supposedly being created or having a beginning is an instance of):

. . . He is Omnipotent as long as He continues to be God. But if He admit of change, change for the worse, how could He be God? for change is far from that simple Nature. Wherefore the Prophet saith, “They all shall wax old as doth a garment, and as a vesture shalt Thou roll them up, and they shall be changed; but Thou art the same, and Thy years shall not fail.” ( Ps. cii. 27 , LXX.) For that Essence is superior to all change. There is nothing better than He, to which He might advance and reach.. . . let the blasphemy return upon the heads of those who utter it.

Likewise, St. Cyril of Alexandria says it is blasphemy to deny “Mother of God” and hence deny Jesus’ divinity:

. . . if the opponents say that the holy Virgin ought to be called in no wise mother of God, but mother of Christ, they blaspheme openly and drive away Christ from being God and Son: for if they believe that He is really God, in that the Only-Begotten has been made as we, why do they shudder at calling her mother of God, who bare Him, I mean after the flesh?

One of those who have caused me great sorrow is Eustathius of Sebasteia in Lesser Armenia; formerly a disciple of Arius, and a follower of him at the time when he flourished in Alexandria, and concocted his infamous blasphemies against the Only-begotten, . . .

The Two Natures of Christ was already quite implicit (if not explicit) in the “kenosis” of Philippians 2:5-8 and arguably other passages. Highly developed later, of course, but present in kernel from the beginning: precisely as Newmanian development asserts:

Philippians 2:5-8 (RSV) Have this mind among yourselves, which is yours in Christ Jesus, [6] who, though he was in the form of God, did not count equality with God a thing to be grasped, [7] but emptied himself, taking the form of a servant, being born in the likeness of men. [8] And being found in human form he humbled himself and became obedient unto death, even death on a cross.

Saying Jesus is a creature at all: in any sense, is already heretical and blasphemous. If Arius was confused even in his own mind, what in the world he meant, what else is new with heretics? Their errors always spring from mental confusion, whatever else we may say about them.

The letter of Arius  makes quite clear that this is extreme heresy and blasphemy alike:

Our faith from our forefathers, which also we have learned from thee, Blessed Pope, is this:–We acknowledge One God, alone Ingenerate, alone Everlasting, alone Unbegun, alone True, alone having Immortality, alone Wise, alone Good, alone Sovereign; Judge, Governor, and Providence of all, unalterable and unchangeable, just and good, God of Law and Prophets and New Testament;

He shows that he knows what God’s attributes are, but by making Jesus a creature (as though this is what “begotten” means), in that very act he contradistinguishes Him from the Father, so that all the characteristics above do not apply to Jesus.

who begat an Only-begotten Son before eternal times, through whom He has made both the ages and the universe; and begat Him, not in semblance, but in truth; and that He made Him subsist at His own will, unalterable and unchangeable; perfect creature of God, but not as one of the creatures; offspring, but not as one of things begotten;

Jesus in Arianism stands between God and men (I think that is all he means by “not as one of the creatures”). He was created, but then the Father uses Him to create everything else, etc.

at the will of God, created before times and ages, and gaining life and being from the Father, . . .

The Bible plainly states that the Son has life and being in Himself (much of the point of John 1, among many other passages). He doesn’t derive it from the Father.

Arius is also confused about the monarchy of the Father, thinking this somehow makes Jesus less than God.

So far then as from God He has being, and glories, and life, and all things are delivered unto Him, in such sense is God His origin. For He is above Him, as being His God, and before Him.

This garbage is very painful to read . . .

Of course, heresies cause a more precise formulation of faith, as Augustine stressed. Heresy stems from a loss of faith and loss of a fully Christian notion of mystery. Basically, they can’t figure stuff out according to orthodoxy so they go their own way and come up with the various errors of heresy. Arius didn’t “get” what “begotten of God” meant. That is the basic root of the heresy in all likelihood. Arians don’t grasp stuff like “the father is greater than I.”

Being created is not a thing that is said about God. It denies His immutability and self-sufficiency and self-existence, which are of the very essence of God. So Arius’ thinking there is some “middle position” between God and man is complete nonsense: rationally and biblically. Jesus becomes, in effect, an angel at best. 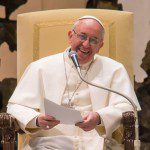 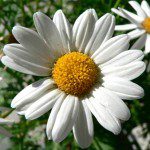