Were “50-68 Million” People Killed in the Inquisition? 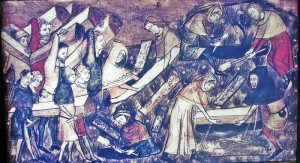 Apologetics (defending Catholicism and sometimes general Christianity) is usually very fun. I love my work, but at times it is maddeningly frustrating. This very week I had an experience that provides an opportunity to clarify some relevant historical facts about the Inquisition (actually, there were several Inquisitions).

Non-Catholic Christians and the secular world have used the Inquisitions, the Crusades, and the Galileo incident, as “clubs” to bash the Church for almost 500 years. I did so myself, in my Protestant apologist days. But such critics almost invariably distort the known facts in order to do so.

A Reformed Protestant apologist referred on his website to “the Inquisition where an estimated 50-68 million people were killed by Rome.” Those were quite fantastic alleged numbers (to put it mildly and charitably), seeing that the entire population of Europe at its height in the Middle Ages is thought by scholars to have been maybe 100-120 million.

That would mean that the Church killed as many people as the Black Death (Bubonic Plague), which wiped out about a third to half the population. I replied: “Please tell me the name of reputable historians who assert such an absolutely ridiculous figure.”

He said that he knew of an Internet article that he couldn’t locate, by one David A. Plaisted: who turned out to be a professor of computer science; not an academic historian at all. But when pressed, my friend offered no actual historian to back up his assertion.

These two books are in the forefront of an emerging, very different perspective on the Inquisitions: an understanding that they were exponentially less inclined to issue death penalties than had previously been commonly assumed, and also quite different in character and even essence than the longstanding anti-Catholic stereotypes would have us believe.

On page 87 of his book, Dr. Peters states: “The best estimate is that around 3000 death sentences were carried out in Spain by Inquisitorial verdict between 1550 and 1800, a far smaller number than that in comparable secular courts.” Likewise, Dr. Kamen states in his book:

Taking into account all the tribunals of Spain up to about 1530, it is unlikely that more than two thousand people were executed for heresy by the Inquisition. (p. 60)

[I]t is clear that for most of its existence that Inquisition was far from being a juggernaut of death either in intention or in capability. . . . it would seem that during the sixteenth and seventeenth centuries fewer than three people a year were executed in the whole of the Spanish monarchy from Sicily to Peru, certainly a lower rate than in any provincial court of justice in Spain or anywhere else in Europe. (p. 203)

Huge myths obviously abound. But does this mean that I “defend” capital punishment for heresy, or that all Catholics should? No; personally, I advocate the tolerant practices of the early Church and how Catholics generally view such things today. Yet I think it’s also supremely important to properly and accurately understand the Inquisitions in the context of their times (the Middle Ages and early modern periods).

In those eras, almost all Christians (not just Catholics; minus only a few small groups like Anabaptists and Quakers) believed in both corporal and capital punishment for heresy, because they thought that heresy was far more dangerous to a person and society than physical disease was. Their premise, at least, was exactly right, as far as it goes: heresy can land one in hell; no disease could ever do that. How to deal with heresy is a separate, and very complex question.

Some Protestants, however, exercise a glaring double standard in condemning only the Catholic Church for engaging in this practice, and grotesquely exaggerating by positing ludicrous numbers; even desperately enlisting non-historians to bolster their uninformed views.

This being the case, it must be noted that Protestants (including Luther, Calvin, the early English Protestants, Zwingli, Melanchthon et al) have a very long and troubling list of “scandals” and “inquisitions” as well. As just one example among many, Martin Luther and John Calvin both sanctioned the execution of Anabaptists due to their belief in adult baptism, which they considered to be “sedition.” Thousands of Catholics in England and Ireland were executed (often in very hideous ways) simply for being Catholics and worshiping as their ancestors had done for 1500 years.

Thus, it is clear that the notion of the death penalty for heresy was largely a product of the Middle Ages, and the Protestants who came at the end of that period did not, for the most part, dissent from it at all. In fact, the execution of reputed “witches” was almost entirely a Protestant phenomenon (as in the famous Salem Witch trials). To utterly ignore these facts, while condemning the Catholic Church, is to engage in dishonest historical revisionism.

Practical Matters: Perhaps some of my 3,900+ free online articles (the most comprehensive “one-stop” Catholic apologetics site) or fifty books have helped you (by God’s grace) to decide to become Catholic or to return to the Church, or better understand some doctrines and why we believe them.
*
Or you may believe my work is worthy to support for the purpose of apologetics and evangelism in general. If so, please seriously consider a much-needed financial contribution. I’m always in need of more funds: especially monthly support. “The laborer is worthy of his wages” (1 Tim 5:18, NKJV). 1 December 2021 was my 20th anniversary as a full-time Catholic apologist, and February 2022 marked the 25th anniversary of my blog.
*
PayPal donations are the easiest: just send to my email address: apologistdave@gmail.com. You’ll see the term “Catholic Used Book Service”, which is my old side-business. To learn about the different methods of contributing, including 100% tax deduction, etc., see my page: About Catholic Apologist Dave Armstrong / Donation Information. Thanks a million from the bottom of my heart!
*
*** 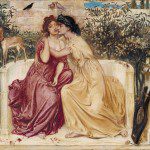