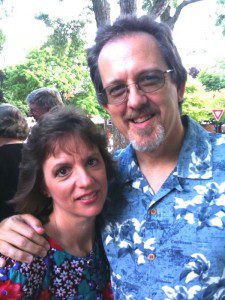 Dave Armstrong is a Catholic author and apologist, who has been actively proclaiming and defending Christianity since 1981, and Catholicism in particular since 1991 (full-time since December 2001). Formerly a campus missionary, as a Protestant, Dave was received into the Catholic Church in February 1991, by the late, well-known catechist and theologian, Servant of God Fr. John A. Hardon, S. J. (who enthusiastically recommended his work in the Foreword of his first book, A Biblical Defense of Catholicism).

Dave’s articles have appeared in many influential Catholic periodicals, including This Rock (now called Catholic Answers Magazine), Envoy Magazine (Patrick Madrid), The Catholic Answer, The Coming Home Journal, Gilbert Magazine (American Chesterton Society), Catholic Exchange, Catholic Herald, Seton Magazine, The Michigan Catholic, The Catholic World Report, and The Latin Mass. He is a featured columnist for National Catholic Register, and was editor for most of the apologetics tracts published by the St. Paul Street Evangelization apostolate. Dave’s apologetics apostolate was the subject of a feature article in the May 2002 issue of Envoy Magazine. He served as the staff moderator at the Internet discussion forum for The Coming Home Network, from 2007-2010.

His large and popular website, Biblical Evidence for Catholicism, has been online since March 1997, and received the 1998 Catholic Website of the Year award from Envoy Magazine. Now hosted on Patheos, it presently contains more than 3,200 papers, including over a thousand debates or dialogues, and more than 50 distinct “index” web pages. Unsolicited correspondence has indicated scores and scores of conversions (or returns) to the Catholic faith as a result, by God’s grace, of these writings.

Sophia Institute Press has published six of his books: A Biblical Defense of Catholicism (1996 / 2003), The Catholic Verses (2004), The One-Minute Apologist (2007), Bible Proofs for Catholic Truths (2009), The Quotable Newman (editor: 2012), and Proving the Catholic Faith is Biblical (2015). He is co-author (with Dr. Paul Thigpen) of the inserts for The New Catholic Answer Bible (Our Sunday Visitor: 2005), and editor for The Wisdom of Mr. Chesterton: The Very Best Quotes, Quips, and Cracks from the Pen of G. K. Chesterton (Saint Benedict Press / TAN Books: 2009). 100 Biblical Arguments Against Sola Scriptura was published by Catholic Answers in May 2012. The Quotable Wesley was published by (Protestant / Wesleyan publisher) Beacon Hill Press in April 2014. Several of his 50 books are bestsellers in their field, and he offers all of his books in e-book or paperback format on his master books page.

Dave has been happily married to his wife Judy since October 1984. They have three sons and a daughter, and reside in southeast Michigan.

I have an arrangement with my associate John Martignoni, President of the Bible Christian Society (fellow apologist and radio host on EWTN), to receive 100% tax-deductible, secure credit card and bank account donations via his website. You can visit his site to make a Tax-Deductible Donation [click on those words to the left] — and be sure to check out his free offerings while you are there. Very Important: a donation of this sort must be accompanied by an e-mail to John:

stating that “Dave Armstrong is the intended recipient”. Otherwise, it’ll be indistinguishable from any other donation to Bible Christian Society. I know that this is a little extra hassle, but it’s so you can receive the tax deduction, and John will know that it is intended for me.

To send a 100% tax-deductible donation by PayPal, follow the same procedure described in the previous section, on the Bible Christian Society site, except that you click on the button (as you go through the process), “Donate Using PayPal.” That will take you to a specifically PayPal donation page. Again, you have to write an e-mail to John Martignoni (john [at] biblechristiansocirty [dot] com), stating, “Dave Armstrong is the intended recipient.” Otherwise, I will never receive it.

You also have the option on the PayPal donation page on the Bible Christian Society site, of checking the box for “Make This Recurring (Monthly)”. If you choose this process, you need to write an email to me (apologistdave [at] gmail [dot] com), letting me know how much the monthly donation will be and which time of month it will be sent to Bible Christian Society. I will then inform John Martignoni of the recurring payments coming in every month, to send to me. You won’t have to let him know every month. You set it up once, let me know, and you’re done!

DONATIONS THROUGH PAYPAL (NOT TAX-DEDUCTIBLE)

If a tax deduction is not needed, or if you are from a country other than the United States, or for convenience purposes, you can also donate via PayPal, directly to me. Just follow the link in the last sentence and send to my e-mail address (apologistdave [at] gmail [dot] com). Note: my account over there is called “Catholic Used Book Service” due to my business over ten years ago.

DONATIONS THROUGH ZELLE (NOT TAX-DEDUCTIBLE)

Another way to send and receive money (with a bank account or a mobile phone) is through Zelle. Just send to my e-mail address (apologistdave [at] gmail [dot] com).

Personal checks for this purpose are made out to “Bible Christian Society” (any checks from outside the US must be in “US funds”) and mailed directly to me. You need to send me an e-mail (with the word “donation” in the title) so I can give you my home address to send it to (I don’t want to list it online). If you don’t desire or need the tax deduction, you can simply make the check out to “Dave Armstrong”. That is quicker and easier on my end. My e-mail address is:

WHY  SUPPORT THIS APOSTOLATE?

Orthodox The work of my full-time apostolate (operating since Dec. 2001) is recommended by many well-known Catholic apologists, priests, and others in the Church (see my literary resume: second-to-last section). You can be confident that it’s “solid” and in complete harmony with the magisterial teachings of the Catholic Church.

Comprehensive I offer what is almost certainly the most wide-ranging (free) selection of Catholic apologetics available online (2600+ posts as of October 2019), from any single individual, in addition to my 50 books (eleven “officially” published by well-known publishers). It’s been literally a constant labor of love since I began my website in early 1997.

Fruitful Many hundreds have (in an unsolicited fashion) cited my writing as a direct influence in their conversion to Catholicism or renewed commitment to and enthusiasm for the Catholic faith. You yourself may have even been aided in this fashion by my writing (and at relatively little or no cost). The Bible teaches that the “laborer [referring to Christian workers] is worthy of his hire”.

Your Opportunity My modest income consists solely of book and article royalties, and your generous donations. I support a wife and two (of four) children still at home (all home-schooled). We live simply, pay all of our bills on time, don’t use credit cards, and have very good credit. I am humbly asking for your help if you see fit to support this educational apostolate of Catholic apologetics, catechesis, and evangelism. You can be part of this effective, successful mission, and play a direct role in allowing it to continue “full force.” Thanks beforehand, and may God abundantly bless you with all good things! 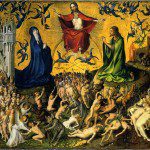 August 11, 2015
Final Judgment Always Has to Do with Works; Never with “Faith Alone”
Next Post 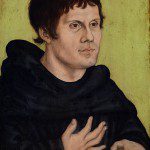 August 13, 2015 Top Ten Remarkable "Catholic" Beliefs of Martin Luther
Recent Comments
0 | Leave a Comment
""every word and deed should be ratified by the testimony of the Holy Scripture"That one ..."
Caritas David T. King and William Webster: ..."
"The mention of him repeating "according to the Scriptures" in Book X is clearly out ..."
Caritas Hilary of Poitiers (d. 367) vs. ..."
"One of your favorites for me. I'm happy to read it again. Great fun. Another ..."
Tom Hanson Parting of the Red Sea: Feasible ..."
"You should appeal to your bishop. It's your canonical right."
Dave Armstrong “Eucharistic Pharisees” (Communion in the Hand)
Browse Our Archives
Related posts from Biblical Evidence for Catholicism