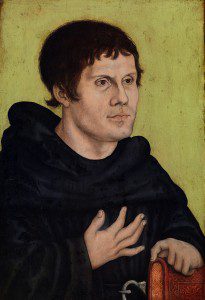 10. Luther believed that crucifixes were a good and edifying thing.

9. Luther believed in the value of private confession.

8. Luther believed that good works were a necessary expression of the authenticity of true faith.

7. Luther believed that the sacrament of baptism regenerated and saved men.

6. Luther believed in the Real Presence in the Eucharist, in adoring the consecrated host, and that the sacrament of the Eucharist saved men.

5. Luther thought that contraception and married couples who deliberately avoided children altogether (when they are able to have them) were wicked and that the primary purpose of marriage was procreation.

4. Luther believed in prayer for the dead.

3. Luther believed that Mary was a perpetual virgin, and that she was also a virgin “in partu” (the historic and orthodox Catholic belief in an intact hymen: which is technically how virginity was defined). Many Catholics today don’t understand or accept this dogma (thus we will probably see discussion below about it). Luther did.

2. Luther believed that Mary was immaculately conceived (his earlier view) or completely purified at the time of the conception of Christ (his later view). He held that she was without sin.

1. Luther believed in an infallible and indefectible Church. I contend that this creates some serious internal difficulties in his own views, but nevertheless, he did hold to these traditional ecclesiological beliefs.

For more along these lines, see my latest book (consisting wholly of Luther quotes that Catholics would totally or largely agree with). 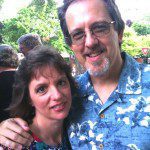 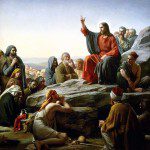 August 13, 2015 Was Jesus "Spiteful" When He Said, "Shake the Dust Off of Your Feet"?
Recent Comments
0 | Leave a Comment
Browse Our Archives
get the latest from
Biblical Evidence for Catholicism
Sign up for our newsletter
POPULAR AT PATHEOS Catholic
1