God: Is His Existence No More Reasonable than Leprechauns?

God: Is His Existence No More Reasonable than Leprechauns? August 30, 2015 Dave Armstrong 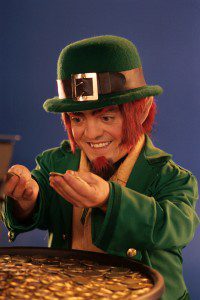 This was a discussion in one of my comboxes, under my post, Why Did a Perfect God Create an Imperfect World?

Mark Moore: I have heard students of Lord of the Rings, Star Trek and other fictional tales discuss them in a similar way, parsing the language, making inferences. Arguing over what an orc or a Klingon might or might not do. Logic without testing in the physical universe can lead to any fancy one would want. It is easy to prove leprechauns exist when you don’t have to find and present them – I have one sitting here beside me now – anyone care to prove that I don’t? He is just a real as any god.

momtarkle: We seem to agree on one thing: Things are. After that ,we disagree. You say that things are, because God. (An omniscient, omnipotent, omnipresent, and necessarily Christian God.) I say that I know of no evidence of your, or any other, God, so I cannot accept the belief that there is one. If I do find out why things are, I’ll let you know.

Christianity has plenty of empirical indications in its favor. See. e.g., “Two Dozen (or So) Theistic Arguments,” by the eminent Christian philosopher Alvin Plantinga. This particular piece of mine presupposed that God exists and goes on to deal with an aspect of the problem of evil. I wasn’t trying to prove that God exists.

Next thing you’ll bring up Santa Claus, the tooth fairy, and the Easter bunny. It’s a fun game (ha ha ha), but only shows how fundamentally silly and desperate many atheist arguments are.

The fact remains that many very bright, sharp people, including thousands of brilliant scientists and philosophers have believed in God. There is far, far more to theism than the silly atheist comparisons. We’re not all gullible anti-scientific, non-rational idiots, believe it or not.

Not to mention that atheism, closely examined, involves far more leaps of faith and fantastic beliefs than Christianity ever has. See, e.g., a recent piece I did (that ruffled a ton of feathers and created a huge big stink: almost wholly because of misunderstanding the very nature of my argument and humor): Atheism: the Faith of “Atomism.”

Lastly, it is impossible to absolutely prove that you exist. Yet you casually assume that you do. You can’t absolutely prove that Australia or Manitoba or Andorra exist: at least without having witnessed them yourself. You take their existence as facts because others have testified to it. Yet this is precisely the same sort of data that the Bible provides us with in the case of Jesus. People saw Him, witnessed His miracles, and met Him after He came back from the dead.

Atheists foolishly think they overcome such evidence by simply dismissing the very possibility of miraculous occurrences beforehand, which is an arbitrary piece of logic, apart from empirical observation and testing, precisely like what you condemn above.

God has given us plenty of ways to overcome them, as I noted in another post. We can second-guess God all we like and try to figure Him out, or we can start following His advice and have a much more happy, joyful life.

We have to exercise faith and trust. We’ll never figure everything out about God, anymore than we can figure everything out about His creation. Science still doesn’t have the foggiest idea of how the universe began, how life began, how DNA began . . . They study and seek (and that’s fun and informative), but they don’t yet know. Why, then, do we think we can figure out a God Who is (as we believe) omniscient? It’s absurd to think that we can (assuming acceptance of Christian beliefs about Him).

We can seek and try to learn all we can, of course, but it shouldn’t be a stumbling-block or cause a lack of faith and joy, let alone unbelief. 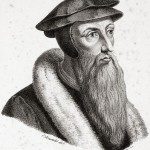 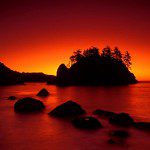 August 31, 2015 The Book of Revelation Utterly Annihilates Universalism
Recent Comments
0 | Leave a Comment
Browse Our Archives
get the latest updates from
Biblical Evidence for Catholicism
and the Patheos
Catholic
Channel
POPULAR AT PATHEOS Catholic
1