Jesus’ Use of Socratic Method in His Teaching & Dialogues 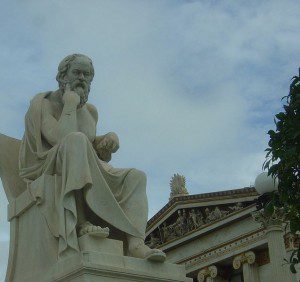 It can hardly be disputed that anyone (Christian or not) who does philosophy or thinks logically at all is indebted to Socrates: one of the great fathers of philosophy. In a nutshell, socratic method is questioning an opponent in dialogue (or, sometimes “turning the tables”), to see if what he believes can withstand scrutiny.

Jesus and Paul did this all the time. Paul frequently disputed and argued with both Jews and Greeks, as the Bible informs us. Jesus questioned His hearers: often the Pharisees or Sadducees, who disbelieved in Him and in various theological or spiritual truths. Here are six examples of Jesus doing it. Surely many more could also be found:

Matthew 6:26-30 (RSV) Look at the birds of the air: they neither sow nor reap nor gather into barns, and yet your heavenly Father feeds them. Are you not of more value than they? [27] And which of you by being anxious can add one cubit to his span of life? [28] And why are you anxious about clothing? Consider the lilies of the field, how they grow; they neither toil nor spin; [29] yet I tell you, even Solomon in all his glory was not arrayed like one of these. [30] But if God so clothes the grass of the field, which today is alive and tomorrow is thrown into the oven, will he not much more clothe you, O men of little faith?

This is a series of four socratic-type questions, illustrating the principle of God’s provision by analogy. He feeds birds, flowers (without working at it) are beautiful, so why worry so much about food and clothing?

Matthew 12:10-11 And behold, there was a man with a withered hand. And they asked him, “Is it lawful to heal on the sabbath?” so that they might accuse him. [11] He said to them, “What man of you, if he has one sheep and it falls into a pit on the sabbath, will not lay hold of it and lift it out?”

Here is a socratic question and accompanying “reductio ad absurdum.” He shows that the logical consequences of an extreme adherence to the law lead to the absurdity of a sheep being hurt or dying simply because it is the sabbath day.

Matthew 21:23-27 [esp. 21:24] And when he entered the temple, the chief priests and the elders of the people came up to him as he was teaching, and said, “By what authority are you doing these things, and who gave you this authority?” [24] Jesus answered them, “I also will ask you a question; and if you tell me the answer, then I also will tell you by what authority I do these things. [25] The baptism of John, whence was it? From heaven or from men?” And they argued with one another, “If we say, `From heaven,’ he will say to us, `Why then did you not believe him?’ [26] But if we say, `From men,’ we are afraid of the multitude; for all hold that John was a prophet.” [27] So they answered Jesus, “We do not know.” And he said to them, “Neither will I tell you by what authority I do these things.”

In this instance, Jesus showed the wrongness of their position through the question that He asked. In truth, John the Baptist was indeed a prophet from God, but they didn’t believe this, hence they couldn’t answer His question, which “trapped” them.

The Pharisees reply to the socratic question and then Jesus logically / theologically “traps” them by explaining the difficulty of their position (22:43-45)

This is Jesus at His “trial” being asked if He is the Messiah (“Christ” in Greek). In usual circumstances, He would question in counter-reply His accusers or those who opposed His teachings (using socratic method). He implies that here, but notes (in His omniscience) that they would not answer any such question from Him anyway.

John 10:31-36 The Jews took up stones again to stone him. [32] Jesus answered them, “I have shown you many good works from the Father; for which of these do you stone me?” [33] The Jews answered him, “It is not for a good work that we stone you but for blasphemy; because you, being a man, make yourself God.” [34] Jesus answered them, “Is it not written in your law, `I said, you are gods’? [35] If he called them gods to whom the word of God came (and scripture cannot be broken), [36] do you say of him whom the Father consecrated and sent into the world, `You are blaspheming,’ because I said, `I am the Son of God’?

Jesus asks three brilliant socratic questions: all of which demonstrate the theological bankruptcy and incoherence of the denial of Jesus’ divinity.

For more on  how “dialogue” and the socratic method (as well as basic apologetic method) are biblical themes, see the Introduction to my book, Bible Conversations.

1 Corinthians 8:2 Whoever imagines that he has attained to some degree of knowledge, does not possess the true knowledge yet.

[Moffatt version, with only “that” added: from my own Victorian King James Bible]

KJV: And if any man think that he knoweth any thing, he knoweth nothing yet as he ought to know.

The starting point for the ancient Greek philosopher Socrates (469-399 BC) was to acknowledge that he did not know (relatively). He said: “what I do not know I do not think I know”. If we begin with that premise, then we’ll always be able to learn more. This passage brought that to mind (never thought of it in that way before). It’s quite possible that St. Paul — well-acquainted with Greek philosophy — had something of the sort in his mind. And he’s writing to the Corinthians, who were very much Greeks and into philosophy.

***
*
Practical Matters: Perhaps some of my 3,900+ free online articles (the most comprehensive “one-stop” Catholic apologetics site) or fifty books have helped you (by God’s grace) to decide to become Catholic or to return to the Church, or better understand some doctrines and why we believe them.
*
Or you may believe my work is worthy to support for the purpose of apologetics and evangelism in general. If so, please seriously consider a much-needed financial contribution. I’m always in need of more funds: especially monthly support. “The laborer is worthy of his wages” (1 Tim 5:18, NKJV). 1 December 2021 was my 20th anniversary as a full-time Catholic apologist, and February 2022 marked the 25th anniversary of my blog.
*
PayPal donations are the easiest: just send to my email address: apologistdave@gmail.com. You’ll see the term “Catholic Used Book Service”, which is my old side-business. To learn about the different methods of contributing, including 100% tax deduction, etc., see my page: About Catholic Apologist Dave Armstrong / Donation Information. Thanks a million from the bottom of my heart!
*
***
Previous Post 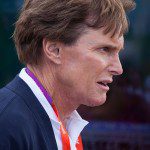 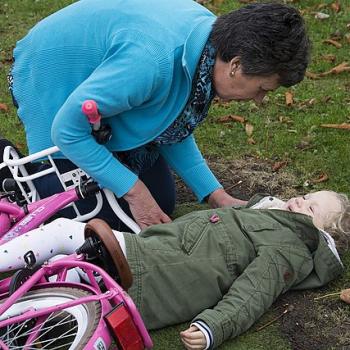