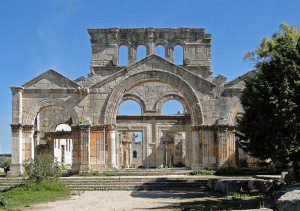 South facade of Church of Saint Simeon Stylites, northwest of Aleppo, Syria: the oldest surviving Byzantine church, dating back to the 5th century. It was built on the site of the pillar of St. Simeon Stylites, a famed hermit monk. [Wikimedia Commons / Creative Commons Attribution-Share Alike 3.0 Unported, 2.5 Generic, 2.0 Generic and 1.0 Generic license]

As I’ve stated many times; I receive kneeling, on the tongue, but I don’t believe an argument can be made for one way being intrinsically superior to another. It is culturally relative to some extent, but ultimately comes down to the attitude in one’s heart: the interior disposition, leading to reverence or not, whatever our posture.

That, in the early Church, the faithful stood when receiving into their hands the consecrated particle can hardly be questioned. . . . St. Dionysius of Alexandria, writing to one of the popes of his time, speaks emphatically of “one who has stood by the table and has extended his hand to receive the Holy Food” (Eusebius, Hist. Eccl., VII, ix). The custom of placing the Sacred Particle in the mouth, rather than in the hand of the communicant, dates in Rome from the sixth, and in Gaul from the ninth century (Van der Stappen, IV, 227; cf. St. Greg., Dial., I, III, c. iii).

21. In approaching therefore, come not with your wrists extended, or your fingers spread; but make your left hand a throne for the right, as for that which is to receive a King. And having hollowed your palm, receive the Body of Christ, saying over it, Amen. So then after having carefully hallowed your eyes by the touch of the Holy Body, partake of it; giving heed lest you lose any portion thereof ; for whatever you lose, is evidently a loss to you as it were from one of your own members. For tell me, if any one gave you grains of gold, would you not hold them with all carefulness, being on your guard against losing any of them, and suffering loss? Will you not then much more carefully keep watch, that not a crumb fall from you of what is more precious than gold and precious stones?

22. Then after you have partaken of the Body of Christ, draw near also to the Cup of His Blood; not stretching forth your hands, but bending , and saying with an air of worship and reverence, Amen , hallow yourself by partaking also of the Blood of Christ.

Distribution of the bread and wine took place at the chancel rail, where the people came forward to stand and receive from the hands of the bishop and/or deacons. Bread was placed into the joined hands with the words, ‘The Body of Christ,’ to which the recipient responded: ‘Amen’ . . . The cup was offered to each by another minister, with a similar exchange.

Wherefore with all fear and a pure conscience and certain faith let us draw near and it will assuredly be to us as we believe, doubting nothing. Let us pay homage to it in all purity both of soul and body: for it is twofold. Let us draw near to it with an ardent desire, and with our hands held in the form of the cross let us receive the body of the Crucified One: and let us apply our eyes and lips and brows and partake of the divine coal, . . .

Tell me, would you choose to come to the Sacrifice with unwashen hands? No, I suppose, not. But you would rather choose not to come at all, than come with soiled hands. And then, thus scrupulous as you are in this little matter, do you come with soiled soul, and thus dare to touch it? And yet the hands hold it but for a time, whereas into the soul it is dissolved entirely.

And even in the church, when the priest gives the portion, the recipient takes it with complete power over it, and so lifts it to his lips with his own hand. It has the same validity whether one portion or several portions are received from the priest at the same time.

That’s evidence from six Church fathers (at least four of them Doctors of the Church), and also corroboration from the old Catholic Encyclopedia.

The facts of the matter of early practice are undeniable, but it’s how they are interpreted in light of the present debate which is interesting. Lots of legalism and emotionalism in equal measure. I’m clearly being objective about it because I practice and prefer one method but refuse to run down (and actually defend to a large extent) the other, in terms of intrinsic inferiority, which is nonexistent.The real and key difference runs through each human heart: reverent and pious and worshipful or not? Posture and demeanor (either method) will reflect and exhibit that. I can spot an irreverent person a mile away . . .

Liturgical development is different in kind from doctrinal, since there can be variability in a way that doesn’t apply to dogmas and doctrines). My own perspective (to clarify) is not:

“The early Church did it; therefore it is the best way and we should / must do the same.”

“The fact that reception in this manner was the norm far and wide and for centuries in the early Church is compelling proof that communion in the hand is not intrinsically irreverent and cannot be otherwise.”

I argue for preference in this time and place and culture (kneeling / on the tongue, from the priest), but I don’t argue for intrinsic superiority of same. And the early Church’s practice is a major reason why I don’t. It’s a classic case of where being aware of history has a real and important impact on a particular debate.I also stress interior disposition, which is oftentimes lost in these discussions, by making posture the be-all and end-all. I don’ think so. It is the attitude and approach in our hearts, and our faith. Jesus applied that to all of faith in the Sermon on the Mount and it was usually the underlying theme in his denunciations of the Pharisees: “you clean the outside of the cup, but . . .,” etc.

I’m not arguing for communion in the hand per se (it’s not my own practice, after all). My argument is that any approach that holds that communion in the hand is intrinsically irreverent is misguided and should be discontinued. Legitimate arguments advocating communion on the tongue can be made on various other grounds (I make them, myself), but this is not one of the ways that it should be done, in my opinion.

My own personal position is that kneeling is more reverent, generally speaking, in this time and place. It may not be everywhere, and indeed, in Eastern Catholicism as a whole, it is not at all. But in the Latin rite, since we kneel at consecration, e.g., it is clearly regarded as a particularly reverent posture.Thus, I argue for it being more reverent in this culture at the present time (in the Latin, western rite), while carefully avoiding any fallacious argument from intrinsic superiority. It’s culturally relative to some extent (as many things are). The (almost sole) purpose of this post was to knock out the argument that communion in the hand is inherently irreverent: also to provide historical background that many (especially traditionalists) appear to be unaware of.Theological liberals were clearly pushing communion in the hand. They clearly thought it is more in line with their less-than-stellar eucharistic views. The fact that it was pushed in Germany and Holland is almost in itself proof that this is the case. In any event, it doesn’t follow that everyone must think the same as theological liberals do (that receiving in the hand somehow waters down the Real Presence). We must studiously avoid mere guilt-by-association arguments, too.

I think communion in the hand is arguably relatively less reverent in our culture and at this time: but only in a very broad sense, as a generalization. It has (here and now in America), I believe, less of what we might call a “conditioned reverence” than kneeling does. In any event, I still hearken back to interior disposition and what is in one’s heart. That’s ultimately where it’s at, and trumps all else. And certainly no one can say that the entire early Church was irreverent about Holy Communion. 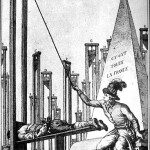 September 2, 2015
Are Coercion & Persecution Coming Soon for Catholics?
Next Post 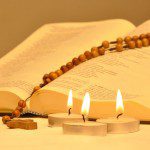 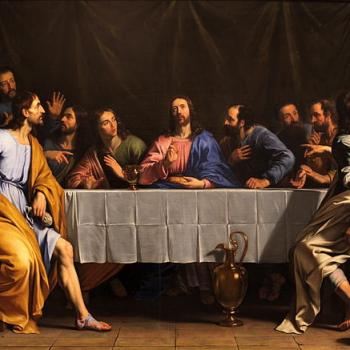 Catholic
Passover in Judaism & a Mass that Transcends...
Biblical Evidence for Catholicism 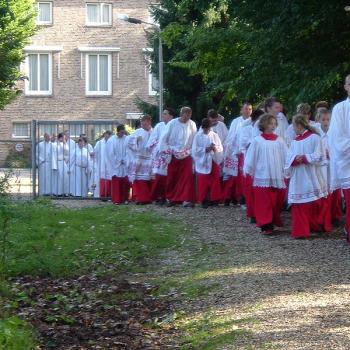 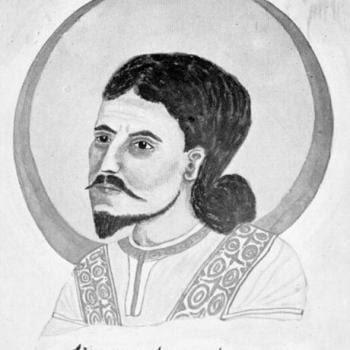