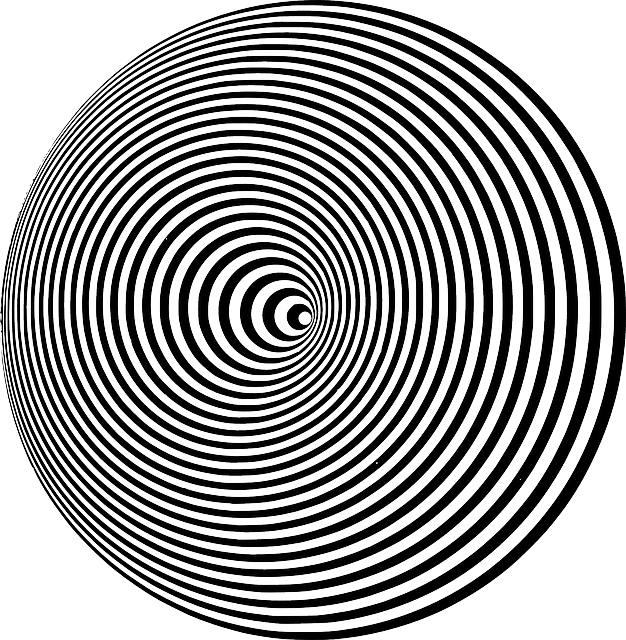 Philosophy can be really fun and enlightening, or it can get bogged down in endless “word games”: always trying to define every other word in every sentence, rather than deal in concepts and larger ideas; going round and round like the image above. I’ve always detested these sorts of word games, because I see them as either a cop-out or muddleheaded thinking: the very essence of being unable (or unwilling) to “see the forest for the trees.”

Much of this sort of thing is derived from analytical (or analytic) philosophy.  There are great philosophers who are actually of this school, but manage not to get bogged down in linguistic and semantic tedium. Alvin Plantinga is my favorite philosopher, and widely viewed as the greatest living Christian philosopher. In a wonderful article about him in The New York Times (13 December 2011), Jennifer Schuessler writes:

Mr. Plantinga readily admits that he has no proof that God exists. But he also thinks that doesn’t matter. Belief in God, he argues, is what philosophers call a basic belief: It is no more in need of proof than the belief that the past exists, or that other people have minds, or that one plus one equals two.

“You really can’t sensibly claim theistic belief is irrational without showing it isn’t true,” Mr. Plantinga said. And that, he argues, is simply beyond what science can do.

Plantinga writes in a very accessible style, but with many others in the analytical school, this is not the case. Recently in the combox of my post, Critique of Atheist John W. Loftus’ “Deconversion” Story, a guy who goes by Zaoldyeck (blasted Internet nicknames and anonymity!) showed up. I don’t question his sincerity, and I’m sure he doesn’t think he is merely playing word games or relentlessly dissecting minutiae, but that’s how I see it, from where  I sit.

And I don’t see how that furthers any discussion. It may be a pleasant pastime in the ivory towers of academia, in philosophy departments dominated (as usual) by atheists, but I don’t see that it does much good elsewhere. It may offer the appearance of strength, but when closely analyzed (pun intended) it’s like an onion that one peels down, revealing nothing at the core.

I won’t quote all of Zaoldyeck’s words in the thread. Anyone can read them under the link above if they wish, but only the ones that question definitions and meanings. Then at the end I submit a very simple way to defeat this type of “argument.” His words will be in blue (with key words in red). Line breaks in the text indicate different excerpts.

How exactly did you become a “skeptic of your atheism”? I don’t believe in a god, nor understand how the word itself is defined, I can’t believe in god by virtue of having no context to make sense of the concept represented by that word. So my atheism isn’t something I can be ‘skeptical‘ about until I first have a definition and concept of god that I accept as at least well defined. How can I be skeptical of myself when I say “I don’t know what you mean by the words you are using “?

I really cannot understand how skeptical people can be convinced by the truth claims of a religion. It seems so abjectly strange.

What do you mean by ‘atheistic viewpoint’? . . . being ‘skeptical of the atheistic perspective‘ means what? How do you insert a theistic answer to a set of equations?

I’m seeking to understand what other people mean by their words, including what you mean by ‘the spiritual approach to life’.

I seek to make my point of view explicit. I don’t hide my beliefs, or my rational thought process. I think in terms of ‘dryly defining the most basic words and concepts to dust’, words and concepts get their meaning from context, from definitions and communication. So I inform you when your words don’t make sense to me, such as ‘spiritual adventure and experimentation’, I really don’t know what that means. What the hell is ‘spiritual adventure’?

I am fine admitting reality, and just tying words and ideas to reality, rather than questioning even basic reality.

Or illustrate further what you mean by ‘skeptical of skepticism’, because again, that to me sounds like being ‘skeptical that reality exists’. I don’t go for Pyrrhonian skepticism, I’m fine to establish a starting ground in an ‘objective reality‘. So how much more ‘skeptical‘ could I possibly be? What postulate do I accept which should be reexamined?

When Andrew writes things like “Jesus was the divine son of god”, because I still have no concept of what ‘god’ is, nor what the ‘divine’ is, or how a ‘son’ works with relation to the ‘divine’, I have no concept, no understanding, no basis at all for that sentence. It is incoherent, it means nothing to me, so I don’t know what this ‘belief‘ is in, with or without ‘reasons’, or ‘justified belief‘.

I don’t care about ‘warranted’, or ‘a priori’ versus ‘posteriori’ or anything else if the concepts and words being used aren’t first laid out in a way that I can understand.

Forgetting if the concept is ‘well formed’, that is, ‘possible’, or if the idea or whatever else is true, if the words don’t mean anything, if the words are effectively in another language, how can you ‘believe’ anything about it?

It’s one thing to have difficulty articulating or defending a concept. It’s another thing entirely to have no ability to articulate it at all, where all definitions seem to map to fundamental contradictions, all the while asserting that belief is both in ‘something’ (whatever the hell ‘something’ means in this context) and ‘true’ and ‘rational’.

What does “belief” mean?

What does “rational thought process” mean?

What the hell is a “concept”?

What the hell is “meaning”?

What the hell is “context”?

What the hell is a “definition”?

What the hell is “communication”?

What does “objective reality” mean?

What does “basic reality” mean?

What does “perspective” mean?

What does “postulate” mean?

What the hell is “epistemology”?

What the hell is “skeptical”?

What does “convinced” mean?

What does “articulate” mean?

What the hell does “sense” mean?

What the hell does “explicit” mean?

What the hell does “ability” mean?

What the hell does “fundamental” mean?

What does “establish” mean?

What does “basis” mean?

What does “difficulty” mean?

What does “defending” mean?

What the hell does “idea[s]” mean?

I asked Zaoldyeck these questions (well, most of ’em; I have added several presently, and added them to my comment in the thread) 21 hours ago. As of yet, I have received no reply, though he was quite vociferous in the thread before I asked my question. Perhaps he has been detained (maybe with his daily dose of three hours with a dictionary).

Readers may be assured that I’ll update this paper with his answers (which I await with great eagerness and anticipation!) and my further counter-replies, if he does answer. I trust that my point has not been lost on most readers . . . 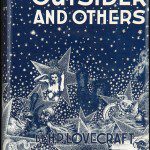 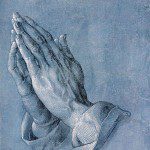 September 26, 2015 C. S. Lewis' Belief in Purgatory & Prayer for the Dead
Recent Comments
0 | Leave a Comment
Browse Our Archives
get the latest from
Biblical Evidence for Catholicism
Sign up for our newsletter
POPULAR AT PATHEOS Catholic
1