Should Catholics Not Identify by the Word, “Conservative”?

Should Catholics Not Identify by the Word, “Conservative”? October 5, 2015 Dave Armstrong 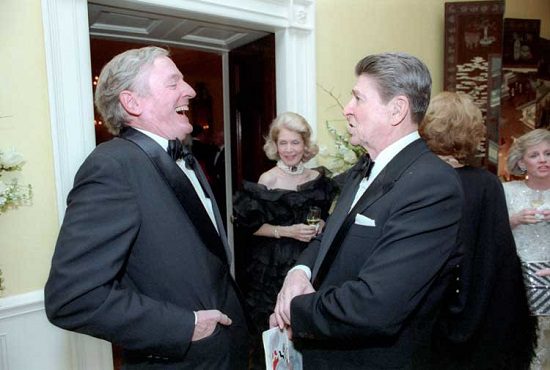 Michael Liccione, a friend who has a doctorate in philosophy, wrote:

I will no longer call myself a “conservative” or a “liberal” in either the political or the religious sense. The terms are inherently ideological, and I oppose ideology as distinct from being principled.

I think I understand what he is saying, but I disagreed, and wrote: “Conservative” is not a dirty word. It just has to be qualified and clarified. ‘Catholic conservative’ or ‘Catholic distributist conservative’ does just fine for me.”

There are different types, after all, for words as large and lumpy as “liberal” and “conservative.”

The problem is being more conservative or American than Catholic (and/or being idolatrous), and I think that is what Michael was really reacting to, bottom line, or at a gut level. Insofar as it is, I’m right with him there.

It’s also silly for anyone to imagine that he transcends all categories and descriptions, as if he were sui generis. We simply have to define our terms and explain to someone who asks us. That takes time, and no mere word (especially very malleable and broad and subjective political terms) can suffice. But I don’t think it follows that we ditch the word. Rather, we elaborate on what it means in our specific case.

The same dynamic applies in saying we are “Catholic” or “Christian.” There are so many types, that for those outside our niche (mine would be “orthodox Catholic, who accepts all that the Church teaches”), we have to explain.

It’s also true that there is clearly a thing called “liberal theology” (adherents call themselves that: or at least used to, when it was far more fashionable). In many contexts, we who are not liberal theologically have to distance ourselves from that, and so, the necessity for some label. My own preference is “orthodox” because it means literally “correct belief,” and it avoids any political connotation, since it isn’t a political word, and is mostly a religious one.

Dr. Philip Blosser (professor of philosophy and another friend) wrote: “And that’s precisely the trouble, isn’t it? To be clear, one has to launch into a lecture every time you use the term, practically, at least if you wish to be precisely understood.”

But that’s true of all descriptive terms, though, ain’t it?: especially political and religious ones. So I don’t think ditching common terms is the solution. We must explain their meaning (assuming it is somewhat malleable in usage, as is the case here) with more specificity.

Otherwise, the same problem arises that Dr. Blosser notes. Michael ditches “conservative” and “liberal” — so someone comes up and asks him, “what category are you, in religion [or] / politics?” Now, either he launches into a lengthy explanation, since he has ditched the terms that make conversation at least relatively more efficient and practical, or he goes back to keeping some known term, but explaining it more carefully and precisely.

Either way, lots of talk is required.

So for me (to use myself as an example of how my method works), if I’m asked what I believe, politically, I say “conservative.” If asked “what kind?” I say “Catholic distributist conservative.” Then, of course, I have to explain distributism and describe what kind of Catholic I am.

Asked about religion, I say, “Catholic.” What kind? “Orthodox Catholic”. What does that mean? “One who accepts all the doctrines that are infallibly taught by the Catholic Church.” If asked what those are, I start recommending my books, that explain what they are and especially why we believe them. :-) 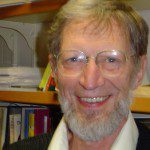 October 5, 2015
Dialogue with an Agnostic on God as a "Properly Basic Belief"
Next Post 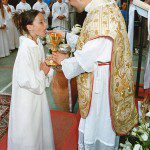 October 6, 2015 The Preference of Receiving Holy Communion from a Priest
Recent Comments
0 | Leave a Comment
Browse Our Archives
get the latest from
Biblical Evidence for Catholicism
Sign up for our newsletter
POPULAR AT PATHEOS Catholic
1

The McCarrick Report: Den of Thieves
THIS SERIES DEALS WITH SEXUAL ABUSE. PLEASE READ WITH CAUTION. AN INTRODUCTION...
view all Catholic blogs
What Are Your Thoughts?leave a comment
Copyright 2008-2020, Patheos. All rights reserved.