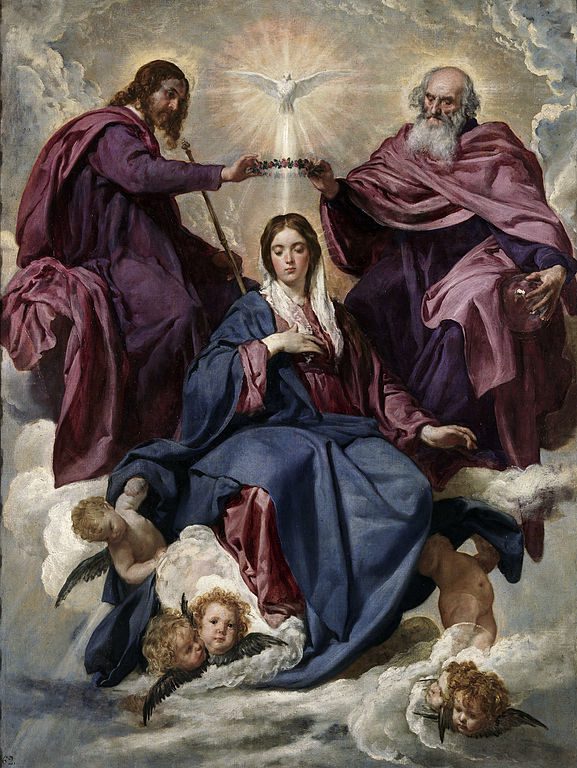 Catherine Dunphy: “humanist, atheist and former Roman Catholic chaplain” wrote an absurd rant about “women’s status as ‘other’ in the Church.” She wrote in the combox: “if these female pew sitters truly understood the role the church wishes to box them into, perhaps they would leave. That is what happened with me.”

This is my reply.

1. If the Catholic Church is supposedly so against women, why is it that it has four female Doctors of the Church: up there with Aquinas and Augustine in authority and respect? Why would it bother doing that? The four are:  St. Teresa of Ávila (1515-1582), St. Catherine of Siena (1347-1380), St. Thérèse de Lisieux (1873-1897) — she’s the woman pictured at the top of my blog at Patheos, and St. Hildegard of Bingen (1098-1179). St. Catherine even firmly rebuked a pope, and he listened!2. No figure in modern times has been more revered than Blessed Mother Teresa.3. Why is it that in the Catholic Church (women-hating organization as we allegedly are) the Blessed Virgin Mary is venerated and honored and placed absolutely above every other (created) person who ever lived, as God’s greatest created human being? You want to compare that unfavorably to the status of a plain old priest? The anti-Catholic fringe among Protestants erroneously chide us for supposedly worshiping and adoring Mary as a “goddess.” You guys come along and say we lower all women (um, that includes Mary) to a second-class status. No one could make up stuff this ridiculous . . . 4. “the church sees us as 2nd class citizens policing our bodies”Surely, you’re not serious?! This reads like a satire of a caricature of third-rate early 70s radical feminist rhetoric, right out of the playbook (#623, column B; red-letter edition of 1972; published by Men R Beasts Press).Now, even in this day and age, I’m pretty sure that the normal definition of a woman does not include having a penis (but maybe it does). Anyway, if that premise is granted, then whenever a woman is carrying a male child, that ain’t her body. Caring about that life (along with female babies, who are disproportionately slaughtered due to sex-selection abortions), is not “policing” the woman’s “body”: it is protecting the separate body of a precious preborn human being, who has his or her DNA intact from the moment of conception and needs only time and the right to life to develop into everything he or she will be (biologically) all through life.Sorry for the lesson in basic biology, anatomy, and ethics, but that is the place we’re at in this sick society we live in today.

Catherine replied in the combox (followed by my counter-response):

Thank you for illustrating the hostility that women face in the Catholic church. As I said in the post, the church needs women, and if were not for early women followers of Jesus the Church may not have survived. As for the women you mention in your comment, yes these women were venerated. But they played by the church’s rules by fulfilling the role that was thrust upon them. There is a dichotomy of womanhood in Christianity and perhaps throughout society – women are either pure and virginal like Mary, or evil, corruptible and seducing like Eve.

I can hardly directly reply to this because it proceeds from a non-rational, self-contained bubble that no attempted constructive criticism can pierce. You’ll never be happy within your little bubble, with this vitriol and bitterness in your soul.And you’ll likely think that’s another “women-hating” statement, right? Not to worry: I’d say exactly the same thing to a man who wrote the absurd things you have written. It has nothing to do with male-female, but with truth and truthfulness regarding a belief-system that one may no longer subscribe to, but which ought to be represented accurately.You couldn’t deny the facts I brought up about female Doctors and the Blessed Virgin Mary, so (like a clever politician) you simply (but rather astonishingly) spun the facts according to the atheist / former Christian playbook, giving them the most cynical interpretation possible.That may be a fun and successful game with the cheerleading choir you primarily write to and for, but it doesn’t fly in the world of serious, rational discourse.One last note: last time I checked, the entire human race are sinners and fallen, in Catholic (and virtually all Christian) theology, not just women. But God chose a woman (among all creatures) to start the redemptive process.You can’t deny that, if you know anything at all about theology (as I assume you do, being a former chaplain), so you spin and emphasize evil, wicked Eve, rather than perfect, above-all Mary.We concentrate our attention on the Perfect Woman. You’re stuck with Eve and apparently can’t see any further than that. But it’s silly to pretend that the Church supposedly magnifies Wicked Eve rather than the Queen of Heaven, Mother of God, and Mediatrix of All Graces Mary (the Woman of Revelation 12). That’s a pretty tough sell!

[Catherine indicated at this point that our discussion was over]

I readily agree, by the way, that historically, there has been a ton of utterly indefensible chauvinism, prejudice against women, oppression of women, including in the Church (just as there was anti-Semitism, anti-Protestantism, religious intolerance, etc.). No conscious, sane person could possibly deny that. There is plenty of historical sin that one can find among the people in any institution. We’re no different. We believe in original sin. All human beings are sinners (save for very few, including Mary).

I deny, however, that such a “second-class” status is enshrined or sanctioned in Catholic Church teaching (as indicated by the things I have highlighted). The lesser claim, that I just granted, is uncontroversial; no one would deny it. The greater claim directed against Church teaching, is far more difficult to establish. 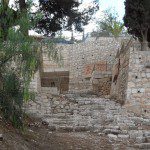 October 1, 2015
Locations of Jesus' Crucifixion, Tomb, & the Via Dolorosa
Next Post 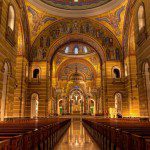