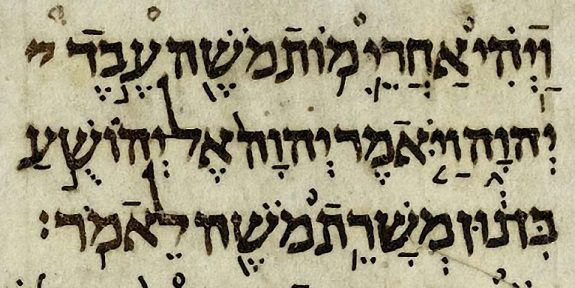 Joshua 1:1 in the Aleppo Codex (10th century AD) [public domain / Wikimedia Commons]
* * *
From my discontinued book, 501 Biblical Arguments Against Sola Scriptura (2009). There is a funny story behind that one. A Protestant anti-Catholic sort was telling me one day that there wasn’t “one single proof” of sola Scriptura in the Bible. That irked me so much that I determined on the spot to write a book containing every argument (of scores and scores) that I could think of (and in most cases had already written about somewhere). This book was the result.
It was one of my books in the style of Pascal’s Pensees (random individual thoughts [i.e., “pensees”] rather than continuous writing).  In 2012, Catholic Answers (specifically Todd Aglialoro, my editor) convinced me to tighten it up and make it a conventional book, and so it was transformed into 100 Biblical Arguments Against Sola Scriptura. But the latter version is so vastly different from the original version, that they are really two separate books. Thus, I am happy to maintain some portions of the old version on my blog.
You’ll notice that the arguments keep getting longer and longer as they proceed. That’s a feature only in this book of mine, among all 49 of my titles.
* * * * * 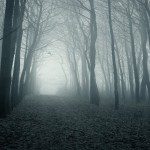 November 11, 2015
Luther: Purgatory is "Quite Plain" in 2nd Maccabees
Next Post 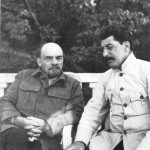 November 11, 2015 Alvin Plantinga's Refutation of the Logical Problem of Evil
Recent Comments
0 | Leave a Comment
"Luke18:15 - Now they were bringing EVEN INFANTS to him that he might touch them; ..."
MurphsLaw What Were the Baptized “Added” to? ..."
"I have not bothered to read Bob in a while now. I kind of threw ..."
Jim Dailey Seidensticker Folly #74: Omniscient God & ..."
"Its funny that the least agreed upon document (On Media) is among the least 'controversial' ..."
Prasanth Vatican II: Documentation of Bishops’ Voting ..."
"It seems to me that Karl Keating is what you would call a 'mild critic' ..."
Prasanth Pope Francis Talks of Gospel Freedom; ..."
Browse Our Archives
get the latest updates from
Biblical Evidence for Catholicism
and the Patheos
Catholic
Channel
POPULAR AT PATHEOS Catholic
1