Or, “Difficulties Posed to Protestants by the Determination of the Canon of Holy Scripture” 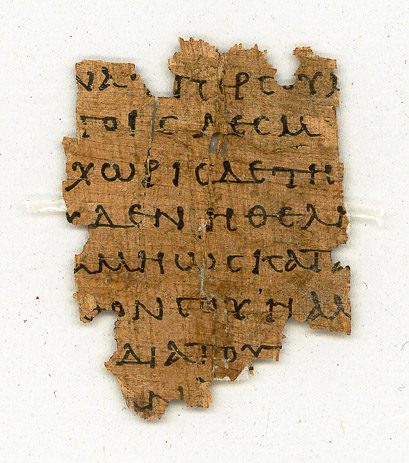 Papyrus 87 (Gregory-Aland), recto. The earliest known fragment of the Epistle to Philemon, with verses 13-15: dated late 2nd or early 3rd century [Wikimedia Commons / Creative Commons Attribution-Share Alike 3.0 Unported license]
* * *
From my discontinued book, 501 Biblical Arguments Against Sola Scriptura (2009). It was one of my several books in the style of Pascal’s Pensees (random individual thoughts [i.e., “pensees”] rather than continuous writing).  In 2012, Catholic Answers (specifically Todd Aglialoro, my editor) convinced me to tighten it up and make it a conventional book, and so it was transformed into 100 Biblical Arguments Against Sola Scriptura. But the latter version is so vastly different from the original version, that they are really two separate books. Thus, I am happy to maintain some portions of the old version on my blog.
You’ll notice that the arguments keep getting longer and longer as they proceed. That’s a feature only in this book of mine, among all 49 of my titles.
* * * * *

1. The canon is obviously a crucial path to even get to sola Scriptura. One can’t have a sola who knows what it is? position.

2. If the Church could settle the issue of the canon, why should we not also look to it to figure out the true doctrine of something like baptism or the Eucharist?

3. The essence of the biblical books is that they are all inspired. But determining exactly which and how many books possess this characteristic, and why, is another matter entirely.

4. If no one till St. Athanasius (in 367) listed the 27 New Testament books, who was it that knew what he knew before a council finally settled the issue? We have no record of any such person who got it all “correct.”

5. The Church is necessary for Christians to have a definite understanding or framework of which books are biblical and which are not. To argue this is not in the slightest some sort of blast “against” the Bible.

6. Sola Scriptura could not be applied in the sense it is today, until almost 400 A.D., when Church authority and Tradition set the limits of the canon. Does this not strike one as an exceptionally odd and weird point of view?

7. Protestants implicitly accept Rome’s authority because they accept the canon (save seven books) that it gave them, as well as many other orthodox doctrinal formulations (e.g., Two Natures of Christ, Virgin Birth, etc.). [BCO, 20; modified]

8. Can Protestant apologists make an argument that the concept of biblical books is biblical? Yes, they can. But can they make a rational biblical argument for numbering the New Testament books at twenty-seven? No, they can’t.

9. Protestants, with the benefit of hindsight, may think it is quite easy to know what books are biblical, inspired books, and which are not, but the actual history of the development of the canon suggests otherwise (to put it very mildly).

10. I don’t deny all “self-attestation” of biblical books; I only deny that this alone was sufficient to establish a known canon with definite boundaries, or that it is as sweeping a characteristic of “all” the biblical books as some Protestants make out.

11. Deciding a canon is different from making Scripture what it is, because Scripture is inherently inspired. In other words, the canon is not identical with Scripture, anymore than a table of contents is identical with the book it describes by chapter.

13. Some liberal Protestants today are calling for a re-opening of the canon issue. No evangelical Protestant can give a solid reason why they should not do so. And that is certainly a consideration serious enough to cause them to re-examine their first principles, including sola Scriptura.

14. It is not simply an easy matter of reading all the biblical books and “knowing” that they are inspired and canonical from internal evidence alone. Church authority was required, and it is foolish to maintain that Church authority was not necessary in the establishment of the canon.

15. The author of 1 John is also anonymous. I believe that all three epistles were written by the Apostle John, author also of the Gospel bearing that name, but this would not necessarily be immediately or easily apparent to a casual reader. “Elder” or “presbyter” is hardly a conclusive identification.

17. There are indeed several internal biblical evidences of inspiration and canonicity, yet (despite this fact), there were many significant disputes in the early Church regarding the books of the Bible. Many now-accepted books were questioned, and many non-biblical books were thought by some to be canonical. [OMA, 10; modified]

18. The Catholic Church’s proclamation of the canon was a recognition of a broad consensus; nevertheless the consensus was sufficiently uncertain to have required an authoritative pronouncement. Books, for example, such as James and Revelation were not accepted by many until the mid-4th century. [BCO, 18; modified]

19. Any Pauline reference to “inspiration” need not necessarily and always refer to Scripture. And even if he explicitly claimed inspiration for some piece of his writing, that still wouldn’t prove that he thought it was Scripture, as opposed to a sure word from an apostle or a prophecy (though it is obviously consistent with such a notion).

20. Luther, Calvin, and Protestant apologists today are engaging in pipe dreams, pure fantasy, when they speculate and pontificate on this “self-authenticating” and “perspicuity” mythology. In point of fact that wasn’t enough, because we have the historical record of the pre-canon opinions of Christians on the extent and parameters of Scripture. [PRO, 10-11]

21. It has been argued that the widespread belief of the early Church that Hebrews was written by St. Paul was the reason it could be accepted. But such a theory is not evident in the book itself. It can only be arrived at by complicated comparisons and internal analysis, which is, of course, beyond the average individual’s capacity to determine.

22. Catholics tend to overemphasize the Church in the canonization process and Protestants tend to minimize same and stress the self-authenticating nature of biblical books. I think the truth is somewhere in the middle, and that we can achieve significant common ground on this, if we could only more accurately understand each other, and the differing ecclesiologies, rules of faith, and epistemologies.

23. The biblical definition of apostle is somewhat fluid and flexible (as is the case with most biblical offices at their early stage of development), but if apostolicity and known authorship are two ways to easily identify a book as canonical, then Hebrews fails on both counts. The Church at length acknowledged its intrinsic status as Holy Scripture, but it would not have been so easy for an individual to determine this.

24. Even then, this Church authority with regard to the canon wasn’t good enough for Luther, Calvin, and their cohorts, since they decided to pick and choose from the previously “universally recognized” tradition of the canon, and discard seven books from the Old Testament. So once again we see the nonsensical tradition of “accepting tradition until one arbitrarily rejects particulars of that tradition.”

25. Though there was broad agreement in the early Church as to which books belonged in the Bible, it was not absolute. Some important Church Fathers regarded books currently in the canon of the Bible as unscriptural. Others (equally eminent) thought that books not now in the canon were part of the inspired revelation. The first Father to list the currently accepted 27 New Testament books was St. Athanasius, in 367. [CAB, 162] 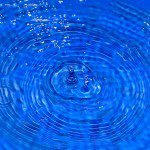 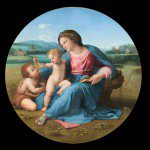 November 12, 2015 Reply to Lutheran Gene Edward Veith on Mariology
Recent Comments
0 | Leave a Comment
"I have not bothered to read Bob in a while now. I kind of threw ..."
Jim Dailey Seidensticker Folly #74: Omniscient God & ..."
"Its funny that the least agreed upon document (On Media) is among the least 'controversial' ..."
Prasanth Vatican II: Documentation of Bishops’ Voting ..."
"It seems to me that Karl Keating is what you would call a 'mild critic' ..."
Prasanth Pope Francis Talks of Gospel Freedom; ..."
"Keating wrote an entire book of Francis-criticism, called The Francis Feud. I was mentioned 99 ..."
Dave Armstrong Pope Francis Talks of Gospel Freedom; ..."
Browse Our Archives
get the latest updates from
Biblical Evidence for Catholicism
and the Patheos
Catholic
Channel
POPULAR AT PATHEOS Catholic
1