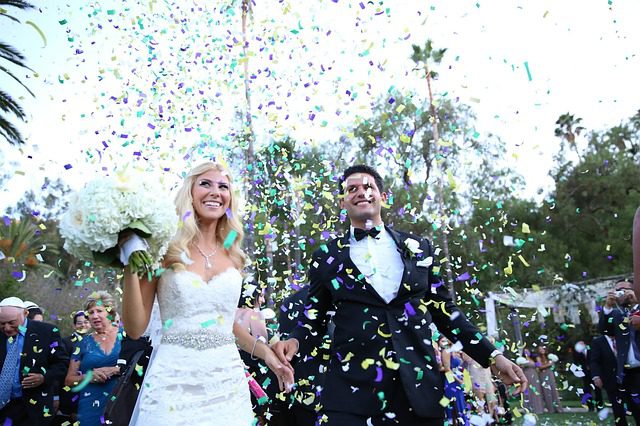 A widespread perception exists, among Protestants, secular society, our Orthodox brethren, and even too many Catholics, that annulment is simply a sophisticated, “playing with words” equivalent of divorce. This is untrue. The distinction between divorce and annulment is one that is routinely made even in civil law. It is not unique to, nor was it “invented” by Catholicism.

For example, The Oxford Companion to Law (edited by D. M. Walker, 1980; “Annulment”) states that “Annulment of a marriage is legislative or judicial invalidation of it, as in law never having existed, as distinct from dissolution [divorce], which terminates a valid marriage.”

The Church recognizes that a legitimate, sacramental marriage was never present from the outset, in a considerable number of scenarios. One has to enter into marriage with a free will and full understanding of what it entails. The proverbial “shotgun wedding” is a classic case where the free will of at least one party is abrogated.

A person might, for example, get married to a practicing criminal, who did not reveal that he or she was, or someone with an unknown severe mental illness, or one who, say (to use an extreme example for the sake of illustration), turns out to be a spy from a hostile government, or one who is already married (bigamy). All of these scenarios (and many others) are illegitimate “marriages” and non-sacramental from the outset.

It’s often noted that much higher rates of annulment occur today. Abuses in the process do, no doubt, take place, due to societal and peer pressure and sin and human weakness. But the prevalence of abuse (I’ve learned, from talking to canon lawyers) is likely far less than is often casually assumed.

It’s also indisputable that more and more people have a limited understanding from the outset of what a sacramental marriage is, and what it entails; hence, such “marriages” were never sacramentally valid in the first place. This lack of knowledge would be an altogether valid reason and explanation for greater numbers of annulments than were formerly seen. Our society’s view of marriage is much weaker than in the past, with many serious couples having such a low view of it that they don’t even seek marriage.

The Old Testament distinction between a concubine and a wife is somewhat analogous to ours between a civil and sacramental marriage: itself the foundational premise of the concept of annulment. Concubines were distinguished from wives: even multiple ones (Judges 8:30-31). God approved of sending away Hagar and her son Ishmael (Gen 21:12), not because they were evil or disparaged by Him (see Gen 17:20, 21:13, 17-20), but because Sarah was Abraham’s wife in the full sense (akin to sacramental marriage).

Likewise, in Ezra 10:1-19, 44 (cf. 9:1-2, 14-15), many Israelites “put away” (10:19, RSV) the “foreign women” they had married, not simply because they were foreigners, but because they caused them to become corrupted by false religions and idolatry (see, e.g., Dt 17:17; Neh 13:23-28). This was essentially an annulment, as opposed to a divorce, because these unions had a serious impediment in the eyes of God and in light of His laws. They were not in accord with what God had commanded.

If one is looking for New Testament verification of the notion of annulment, the “except for unchastity” clause of Matthew 19:9 is interpreted by Catholic commentators (and the Church fathers en masse) as a case of non-matrimonial cohabitation as opposed to real marriage. In other words, Jesus was saying that if someone divorces his wife, he commits adultery, except in cases where he actually was not married in the first place. That is an annulment: straight from our Lord.

Oddly, many commentators (and individual Christians) seem to think that “unchastity” in Matthew 19:9 is referring to the adultery of one of the marriage partners (thus allowing a permissible divorce). But the Greek word here (porneia) is rarely if ever translated “adultery” in the passage. The usual Greek word for “adultery” is moicheia.

Porneia and related cognates are never translated in the KJV, for example, as “adultery”; always as “fornication” or other such terms. We also see the two Greek words distinguished from each other in the same verse (Mt 5:19; Mk 7:21; Gal 5:19). All of this supports the traditional and dogmatic Catholic understanding that Jesus was referring in Matthew 9:9 to something other than an adulterous affair of a truly married person.

Moreover, the “Pauline privilege” has always been accepted by the Church:

1 Corinthians 7:15 But if the unbelieving partner desires to separate, let it be so; in such a case the brother or sister is not bound. For God has called us to peace.

The Church has held that a Christian is free to remarry in cases where two nonbelievers (generally unbaptized) marry, one later becomes a Christian, and the non-Christian departs. This is because the natural (or what we often call “civil”) marriage was not sacramental in the first place.

Hence, St. Ambrose wrote in 385 AD in his letter 19:7 to Vigilius: “Since the marriage ceremony ought to be sanctified by the priestly veiling and blessing, how can that be called a marriage ceremony where there is no agreement in faith?”

Likewise, Pope St. Leo the Great, writing in 459 to Rusticus (Epistle 167:4), stated, in reference to Abraham and Hagar:

. . . since the marriage tie was from the beginning so constituted as apart from the joining of the sexes to symbolize the mystic union of Christ and His Church, it is undoubted that that woman has no part in matrimony, in whose case it is shown that the mystery of marriage has not taken place.

In summary, then, annulments are recognized in civil law, and have an explicit exegetical basis. Catholics need not fear close examination, nor be “ashamed” of the issue. Annulments are not divorces. The difference is essential. Perhaps the information above may serve as an adequate explanation for why Catholics think so. 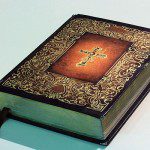 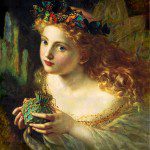 November 17, 2015 Dialogue with an Atheist on "Tooth Fairyology" vs. Theology
Recent Comments
0 | Leave a Comment
Browse Our Archives
get the latest from
Biblical Evidence for Catholicism
Sign up for our newsletter
POPULAR AT PATHEOS Catholic
1