Atheists’ Worldviews (Why Such a Deep Mystery?)

Atheists’ Worldviews (Why Such a Deep Mystery?) November 19, 2015 Dave Armstrong 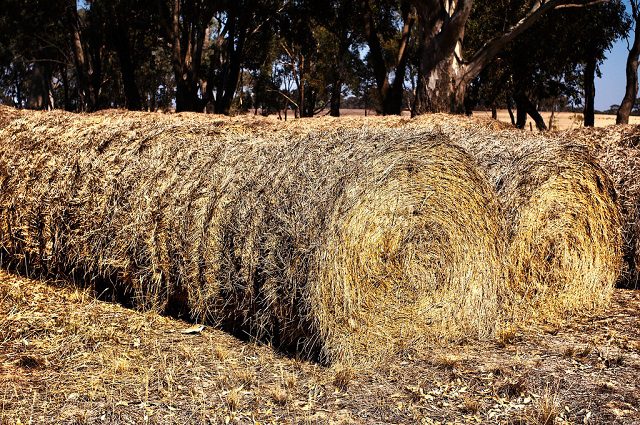 These exchanges occurred in the combox of my post, Theist & Atheist Burdens of Proof. JGravelle‘s words will be in blue.

“If you think atheism is true …”

Again, atheism = non-belief in [a] deity[s]. Period. So the premise:

“If you think not believing in God is true…”

is demonstrably absurd. Substitute any other state of “not being” (“If you think not bowling is true…”) and this sort of double-talk becomes painfully apparent.

You bear no burden of proof in denying that I have a personal relationship with the ghost of Napoleon Bonaparte (who say’s “Hi”, by the way).

The burden lies entirely with the claimant, and the more outrageous the claim, the more substantial the evidence required to justify it…

What is your worldview, if not atheism? Scientism? That, it seems to me, is the de facto religious belief of most atheists. Empiricism is embraced as the be-all and end-all epistemology. Since science is the carrier of that view, it becomes almost a religious tenet.

It’s seen as the final determinant: almost of all truth whatsoever (as if there are not other valid forms of knowledge), which is a plainly ludicrous view, since it starts with non-empirical assumptions and axioms, to even get off the ground.

Atheism isn’t a worldview; it’s a singular position on a single issue: that the case for god[s] has not been made. Not believing in Zeus is not a worldview.

“… the de facto religious belief of most atheists…” And again, a lack of belief is not a belief. Nor is bald a hairstyle.

Nor does atheism carry the “non-empirical assumptions and axioms”. My dictionary offers “factual” as synonymous with “empirical”. I sincerely hope you’re not arguing that the demand for facts is foundationally unfactual…

I asked you “What is your worldview, if not atheism?” And so you come back and talk about atheism some more. Do you deny that you have a worldview and/or a philosophy?

You can pretend all day long that you have no belief-system and merely reject other ones, but it’s impossible to do. With every word and sentence you write, and concept you express, you broadcast that you have some sort of overall view. You can’t possibly think at all and not have one.

If you truly had none you would be required to sit and say nothing, or only gibberish that no one else could comprehend.

Yeah, you did. And again (again, again) atheism is NOT a world view.

The question is on par with: What is your clothing, if not a hippopotamus…?

Everyone has a worldview. You seem to have misunderstood my question (and I see that it was not as clear as it could have been). I am saying, “okay, since you tell me atheism is not your worldview, what IS your worldview, then?”

Above, I speculated that your worldview might very well be scientism, or empiricism elevated to quasi-religious / “super epistemological” status.

I understand the question, Mr. Armstrong. Had you simply phrased it as “What is your worldview?” my answer would have been:

a) My worldview is the fundamental cognitive orientation that encompasses (in part) both my knowledge and perspective; and that

b) The discussion OF my worldview is an irrelevant “chase the tangential stick” ploy of the desperate sort used time and time again to divert from the fact that you aren’t addressing the fallacy of your original claim.

Atheism is NOT a worldview. The premise is wrong sir, rendering any syllogistic conclusions that follow dubious at best…

That doesn’t tell me what your worldview is. Everyone has a particular “cognitive orientation.” Which brand, is the question.

Which “brand” is the irrelevant question that diverts from your fallacious premise, i.e. that atheism is a worldview.

I give up. You admit that you have a worldview, but refuse to share with us what it is.

Obviously, my own opinion is that atheism is a worldview. It has varieties, but it is one.

I was happy to grant for the sake of argument that it is not one, but continues to maintain that everyone has a worldview; and “everyone” includes you.

So I asked you what your worldview was. You won’t tell us.

Why you won’t, is for readers to decide.

1. a person who does not believe in God or gods

2. of or relating to atheists or atheism

Your replies continue to be out to sea. I freely granted that for you, atheism is not a worldview, and asked you what your worldview was, since everyone has one. It’s inescapable.

Gracious of you. Nor is it a worldview for anybody, . . .

And my first, and primary objection that “If you think atheism is true” equates to “If you think not believing in God is true” and is thus nonsensical, remains unaddressed.

You don’t like rabbit trails; nor do I. As expected, we can’t even agree on what a rabbit trail is. What else is new in the ongoing saga of Christian-atheist [cough] pseudo-“discourse” and ships passing in the night?

But I still get a new post out of this [would-be] exchange that I think is valuable for my readers.

You have one [a worldview]. The only question is whether 1) you are aware of that, and 2) are willing to share it with us peasants who deign to lower ourselves to asking such a personal question.

I did not call you a peasant, sir. Please don’t take my unwillingness to chase tangents or accept absurd premises as haughtiness…

I guess now these “absurd premises” that I have documented five atheists [below] using about their own view, are all the more absurd. If, after all, atheists use absurd, false premises to describe what they themselves believe, that fits in quite well with what I’ve been saying for 35 years. :-) One would expect me to say that atheism is absurd, but for an atheist to actively help prove it is precious indeed.

Thanks for the humorous irony here. I did enjoy it quite a bit.

I find it odd that you insist on reducing individuals to a label,

It’s not about labeling (as if I’m trying to “contain” and dismiss someone); it’s about self-awareness and honesty regarding the approach to reality that one takes.

Someone famous said once: “the most dangerous philosophy is the unacknowledged one.” We all have one, but some pretend not to.

Interestingly, I have found several atheists who seem to think that atheism is a worldview, despite JGravelle’s vociferous and adamant objections. So why should I take his word as “gospel truth” over against these other atheists? And if they think this, why can’t I do so? I found five instances of it, without trying very hard:

John W. Loftus, who runs the big Debunking Christianity website and writes a lot of books that are selling well, freely uses the terminology:

What counts as evil in my atheist worldview is a separate problem from the Christian problem of evil. (no page number discernible, but here is the Google Books link)

[T]hey [scientific “answers”] are a part — a positive part — of the atheist’s worldview. (Preface, p. ix)

This guy even makes the same claim that I did, above: that the worldview of the atheist is usually “scientism.” Take it from him:

[W]e’ll call the worldview that all us atheists (and even some agnostics) share “scientism.” This is the conviction that the methods of science are the only reliable ways to secure knowledge of anything . . . (p. 6)

He not only believes the same as I do in that regard, but defines it almost precisely as I did above (minus the description of “religious belief”): “What is your worldview, if not atheism? Scientism? That, it seems to me, is the de facto religious belief of most atheists. Empiricism is embraced as the be-all and end-all epistemology.”

In a book about atheism (The Evolution of Atheism: The Politics of a Modern Movement, Stephen LeDrew, Oxford University Press USA, 2015), a guy named Michael, who led some sort of atheist group in his community, was cited as saying:

Again, it’s not to try to convert anyone in the public to an atheist, it’s just to say we’re atheist, this is what an atheist is, this is the atheist worldview. You know, we’re not Satan worshippers, we’re not evil, we’re not hedonists . . . (p. 157) 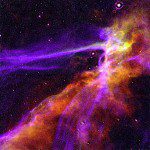 November 19, 2015
Exchanges with Atheists on the Ultimate Origin of the Universe
Next Post 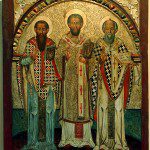 November 20, 2015 Ten Church Fathers and Sola Scriptura (vs. Jason Engwer)
Recent Comments
0 | Leave a Comment
Browse Our Archives
get the latest from
Biblical Evidence for Catholicism
Sign up for our newsletter
POPULAR AT PATHEOS Catholic
1