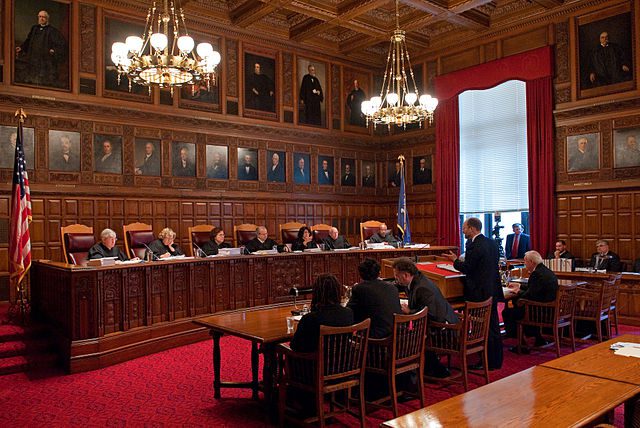 The following exchange is from the combox of my post, Alvin Plantinga’s Refutation of the Logical Problem of Evil. Atheist John Donohue‘s words will be in blue.

A theist cannot sensibly claim theistic belief is rational without showing it is true. Moreover, the burden is on the theist, not the atheist.

The burden is on anyone who seeks truth. If you think atheism is true (even though it is a denial of something else), you’re still in effect making a claim about the universe and reality, and ought to be able to give reasons for it; not merely reasons for rejecting something else. I have compiled many links on the theistic arguments and also regarding critiques of atheism.

No, the burden of proof is on the theist. He is making the claim, namely that God exists. Period.

I know you would like to believe that atheism is a claim that God does not exist. Unfortunately for you, an atheist is merely saying “I’ve heard about these claims for god, but I do not subscribe to them.” And that, my friend is the truth. I do not believe in god. That is the only claim I am making.

You may send all people making the proactive claim –as atheists — they they have discovered the proof that “god does not exist” and I will help straighten them out.

The burden is on the theist.

You still have some sort of worldview, whatever you claim it is, or say about it. If you don’t think it can be defended, that just shows me that it’s not based in a rational understanding; or else you could and would defend whatever it is. But if you can’t, it must not be as reasonable as atheists routinely claim their views are.

It is true that each person bears the burden of defending his/her beliefs/worldview with reason. No atheist bears that burden, except to prove that he/she does not believe in God. That is easy as pie to defend, it is simply a declaration. [unless you have insisted that those of us who do not believe in God are actually lying, and insist we prove it.]

A mere declaration is not a defense. You still must provide reasons for your belief in a godless universe. If you can’t, it’s an irrational belief-system: one of blind faith.

This is grounded in the fact that atheism means simply ‘without God’. I am atheistic, but my beliefs and convictions of truth conflict strongly with 85% of atheists in this world.

Christians present logical arguments for the existence of God, true. However, they are not rational. There is a difference. Purely ‘logical’ arguments have no rule against deploying non-existing (speculative, invented) existents in the chain of logic. Reason (rationality) on the other hand, requires both logic and facts: all existents in the chain of argument must be proven to exist with their characteristics and definitions identified.

This is why your arguments are refuted (not merely ‘rejected’).

I agree that there are false premises and unsubstantiated premises in play; but I think they are on the atheist side, not ours.

Try again: here is my postulation: “I, John Donohue, do not believe in God.” Are you telling me that this is not defensible when I state it? Are you saying I am lying? Are you saying you don’t stipulate this as true?

Your job is to defend your belief that God exists. I have no action points on that score. The burden is completely on you.

What do you believe, besides that there is no “God” (I get that)?

I have all kinds of defenses and links collections of defenses of theism and Christianity. You’ve come to the right place if you wanna see those.

I realize that your gambit — your only gambit — is to force my position to be that I “Believe there is no God.” I will continue to challenge you sharply every time you attempt it. I am not saying, nor do I need to say, “There is no God.” I am only saying “I do not believe in God.”

Perhaps this will help, a long form of it: I, John Donohue, have heard the claims of theists that something exists called “God”. There are many of you, and you’ve been around a long time, and you are very proactive in the world. You have hundreds and hundreds of different descriptions of God.

However, I do not believe in any version you are positing, because none of you have proved it to exist. When one of you proves God to exist, then I, and the rest of humanity, will actually know the qualities, characteristics of it, because it will be rationally identified. So stop trying to put these words in my mouth “There is no God.” Instead, it is your job to show that there is.

Now, on your other challenge, what do I believe in. My answer: that is not the subject. You don’t need to know. Do not construe this to mean I avoid the responsibility of proving my beliefs. I can and do. But not here. The subject here is the existence of God and therefore the solution to “The Problem of Evil.”

Alrightey. We’ll have to agree to disagree then.

Delighted to hear that you do indeed believe something (rather than merely reject sumpin’), and can defend it (but not here).

As stated, I have a ton of resources regarding defense of theism and Christianity. For many links on the problem of evil (including some of my own stuff), see the section devoted to that thorny problem. 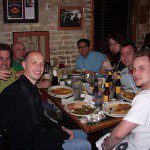 November 18, 2015
My Enjoyable Dinner and Discussion with Six Atheist Friends
Next Post 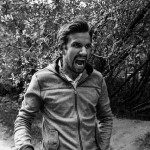