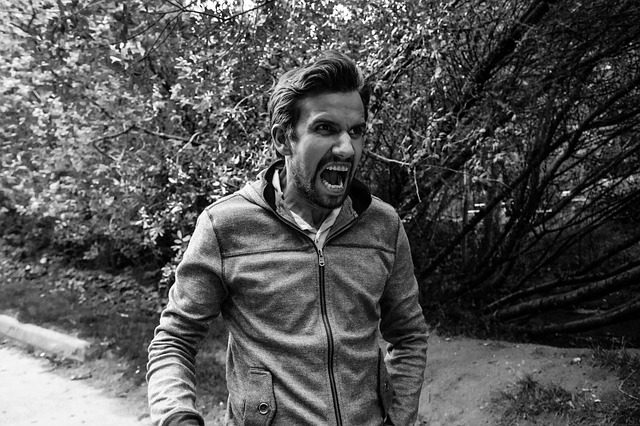 Pete Migdale was banned from my Patheos blog, which doesn’t allow personal insults. I think you’ll see why in the following tirades that he has launched in the last 12 hours, on an extremely popular atheist post: Jesus never existed. It also illustrates why I only rarely comment in atheist venues, because they freely allow garbage like this:

Wow! Dave the intellectual coward emerges from his “Love me or Be banned” domain to post a comment.

You don’t discuss, you demand respect for absurd positions and anyone who calls you for your nonsense is deleted, you can’t take being bettered.
You are one of the most experienced onanists I have ever encountered.

No point going there, make a clever comment and you will be banned and blocked. He is a pathetic, little, power freak who can’t cope with reality.

Dave is a very average catholic apologist who, on his own blog, blocks anyone who derails his little red wagon. Typical catholic, silence that which you can’t rebut.

What is annoying in particular about him that he initially appears interested in discourse then he just stops when challenged.

He is very self aggrandising, condescending and arrogant. He is deserving of ridicule whenever you catch him “out in the wild”.

The funniest part is that anyone can see that I am debating atheists almost on a daily basis (i.e., the ones who aren’t exhibiting relentless verbal diarrhea). Anyone can see that by going to my blog and searching “atheism” on the sidebar. Yesterday I posted a discussion with atheist and noted my dinner with six atheists in June (which we all enjoyed). The day before I posted two more debates / dialogues with atheists or agnostics [one / two].

In fact, I was debating in the last few days one of the very people that Pete was “talking” to in this thread “TheMarsCydonia”]. LOL

So go figure . . . But we shouldn’t be surprised that an atheist like this clown would be spreading slanderous myths, legends, and fables, since he is participating on a ludicrous thread called “Jesus never existed.” One myth or Lie is as good as the next, right?

I went over to this thread and posted the following fact-encumbered comment:

1. I’ve been debating Mars over the last few days on my site. He’s still there, as he has been for months, and not banned.

2. I hardly ever participate in atheist venues because they allow fools like you to pollute them, without any censure at all.

3. Me and Mars had this discussion in a different form in a dialogue which was posted on my site two days ago.

So much for all your lies. That’s odd behavior if (as you fancy) I supposedly avoid all sentient, breathing atheists like the plague, am scared to death of them, and flee every possible intellectual encounter in abject terror, since I am invariably “bested” etc.

The truth of the matter is that I greatly enjoy debating atheists and have been doing so almost on a daily basis at Patheos, and online generally for 17 years: including several professors, such as philosopher Dr. Theodore Drange, or lawyers, or leading figures like John Loftus of Debunking Christianity infamy and Amazon bestsellers, etc. [one / two / three / four / five]

Anyone can readily see the amount of interaction by searching “atheism” on the sidebar on my blog.

But fools like you, with verbal diarrhea, are not allowed on my site because we want constructive, amiable dialogue to take place.

So lie away; you only confirm the wisdom of banning you in the first place. You came onto my site with almost exclusively insults (just as you spew here) and so, quite consistently with my posted discussion policy, I hit the ejector seat.

Thanks for the opportunity to set the record straight and for more exposure! I do appreciate that.

He replied in that thread, with this:

LIAR, but I expected that you coward. You are an intellectual prawn!

Literally, all this clown does is insult Christians in his comments. He’s like an atheist Don Rickles. You can see that in the record of his comments on Disqus. Apparently he thinks it is “free speech” to allow his horse manure to be freely aired in a Christian venue. We must do it under pain of being mocked and ridiculed and lied about as cowards, etc., if we don’t. That game doesn’t work with me. Moreover, it’s widely acknowledged by all (Christian and atheist alike) that trolling is unethical online conduct.

It’s pretty ironically humorous, too, that in one of the recent dialogues mentioned above, with the agnostic academic JD Eveland, with whom I’ve now had many enjoyable and amiable dialogues, JD wrote in the combox this very day: “A very nice job of weaving together a couple of different strands here, Dave! You’ve certainly been quite fair to my arguments.”

So, as always, folks either “love” me or despise me. It’s always been that way, always will be. It’s the lot of the apologist who dares to take a stand on truth (in my case, defense of Catholicism and general Christianity. When you take a stand and offer any critiques, this will be the dual reaction. Many will detest you; others will respect that you are a conscientious thinker, who tries to be charitable to opponents.

Irrational opposition should never come as a surprise to the Christian, about whom Jesus said, “you will be hated by all for my name’s sake.” So why would anyone be shocked when this happens? I would say that our Christianity is highly suspect if it does not ever happen, or only rarely so. Christianity ain’t a popularity contest, and Christian apologetics certainly is not! 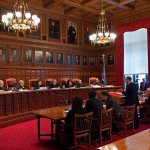 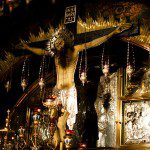