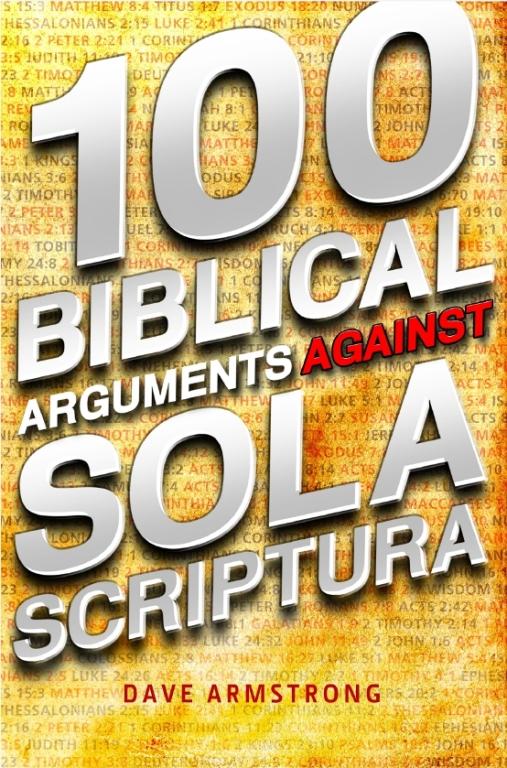 My volume, 100 Biblical Arguments Against Sola Scriptura, was published by Catholic Answers (CA) in 2012. As part of the usual promotional activities, Karl Keating wrote a press release / ad about it. It’s no longer on the CA site, but it can be read in its entirety at Internet Archive. Here is an excerpt of it:

It’s time for Catholics to stop being beaten by the Fundamentalists’ favorite question. Whenever a door-to-door evangelist or a sidewalk missionary starts peppering a Catholic with this question, the Catholic needs to push back, to challenge the assumption.

Of course, you can’t just say, “Well, I don’t believe that,” and leave it there—not if you want to show the Fundamentalist the error of his ways. At best you might get him to stop hounding you with questions, but you wouldn’t do the positive good—the spiritual work of mercy—of helping him understand why sola scriptura is itself an “unbiblical” principle that needs to be rejected.

Dave used to be Protestant, and he accepted the idea of sola scriptura and thought it was key to understanding God and his will. But Dave came to see that this principle is wrong—that it is, in fact, contrary to the teaching of the Bible—and that he needed to accept the authority of the Church, so he became Catholic.

Thus he’s an excellent guide to help you learn how to stand up for your Catholic faith and defend it against the constant litany of “Where’s that in the Bible?”

Please note that his new book, 100 Biblical Arguments Against Sola Scriptura, contains just that: biblical arguments—the kind you need to get through to a Fundamentalist. After all, if he’s locked into the “Bible only” view, he won’t even listen to appeals to other sources.

That’s why you need the kind of precise, biblically-based takedown of sola scriptura that Dave provides. . . .

In 100 Biblical Arguments Against Sola Scriptura, Dave Armstrong uses the Bible and basic common sense to dismantle sola scriptura piece-by-piece. With clear and forceful proofs, numbered and organized for easy use, he shows why it is a biblically bankrupt concept that is unable to withstand scrutiny.

Catholic Answers offered at the time, for a donation, a 43-minute interview about the book and topic with fellow apologist Jimmy Akin. I now offer that for free download on my own booksite. 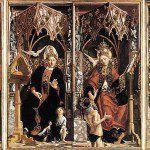 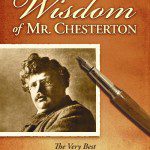