“Vain Repetition”: Jesus Shows Us By Example What it is NOT

“Vain Repetition”: Jesus Shows Us By Example What it is NOT November 13, 2015 Dave Armstrong

Patheos Explore the world's faith through different perspectives on religion and spirituality! Patheos has the views of the prevalent religions and spiritualities of the world.
Did Jesus Condemn All Formal and/or Repetitious Prayers (Like the Rosary and the Mass)? 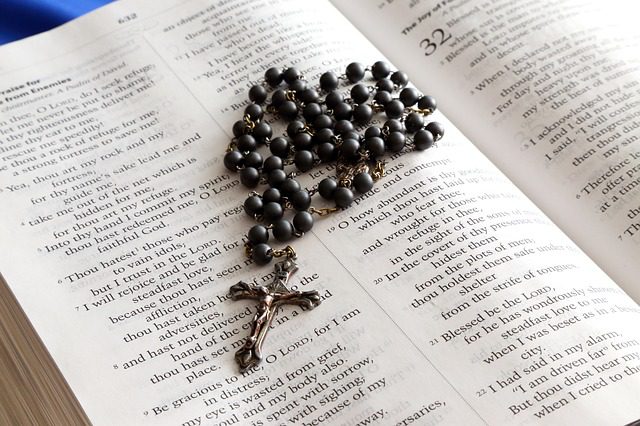 Matthew 6:7 And in praying do not heap up empty phrases [KJV: “vain repetitions”] as the Gentiles [KJV: “heathen”] do; for they think that they will be heard for their many words.

Sirach 7:14 Do not prattle in the assembly of the elders, nor repeat yourself in your prayer.

But Jesus shows even in the immediate context that not all repetition in prayer whatsoever is precluded, because two verses later He instructs them how to pray by teaching them the Lord’s Prayer (the “Our Father”). Obviously, when He says, “Pray then like this,” He clearly doesn’t mean just one time. He means habitually — and indeed many church services (like the Mass) regularly pray the Lord’s Prayer: the most well-known Christian prayer of all.

The passage in Luke that contains the Our Father complements Matthew by making certain elements more clear. It shows us that Jesus is specifically teaching the disciples how to pray, by saying particular words. The phrase, “when you pray, say . . .” is almost like a formula for a regular practice of prayer. It’s also notable because here the prayer is not in the context of the Sermon on the Mount, as in Matthew, but on another occasion (yet more evidence of its repetitious nature):

Luke 11:1-4 He was praying in a certain place, and when he ceased, one of his disciples said to him, “Lord, teach us to pray, as John taught his disciples.” [2] And he said to them, “When you pray, say: “Father, hallowed be thy name. Thy kingdom come. [3] Give us each day our daily bread; [4] and forgive us our sins, for we ourselves forgive every one who is indebted to us; and lead us not into temptation.”

The intended repetition of the prayer is shown again by analogy in the same larger passage, with regard to the proper practice of fasting, where Jesus says, “when you fast, anoint your head and wash your face, that your fasting may not be seen by men but by your Father who is in secret; and your Father who sees in secret will reward you” (Matt 6:17-18a). This is obviously intended to be a regular practice as well: not a one-time thing.

Therefore, by direct analogy, if this practice regarding fasting is to be a regular habit, so also the Lord’s prayer is a regular habit, and so it is repetitious, but it is not an “empty phrase” or a “vain repetition.”

Protestants who argue that all formal prayer that repeats phrases (including, notably, the Rosary) are “empty” or “vain” in fact manage to overlook the entire deeper meaning and import of this biblical narrative, in context. Jesus is recommending and exhorting His hearers to a genuine, humble piety of the heart, as opposed to an empty, shell-like, merely external piety, intended to be seen by men in a spiritually prideful sense. It’s a classic case study of taking something completely out of context and absolutizing it, in gross violation of legitimate hermeneutical principles.

This theme of genuine vs. sham piety is seen throughout the first half of the chapter (part of the Sermon on the Mount):

The same general idea occurs again in Mark and Luke:

Mark 12:38-40 And in his teaching he said, “Beware of the scribes, who like to go about in long robes, and to have salutations in the market places [39] and the best seats in the synagogues and the places of honor at feasts, [40] who devour widows’ houses and for a pretense make long prayers. They will receive the greater condemnation.”

Luke 20:46-47 “Beware of the scribes, who like to go about in long robes, and love salutations in the market places and the best seats in the synagogues and the places of honor at feasts, [47] who devour widows’ houses and for a pretense make long prayers. They will receive the greater condemnation.”

It’s not that all long prayers are condemned, anymore than repetitious prayers are, but that prayers made with a pretentious, prideful spirit (showing off in front of men; making people think one is “super-pious”) are condemned.

Lastly, when Jesus states: “do not heap up empty phrases as the Gentiles do,” note that He is no longer talking about the Hebrew tradition of prayer (which quite obviously included much repetition, such as in the Psalms and priestly chants and prayers). He’s not even talking about the Pharisees, because they weren’t Gentiles. In other places (6:2, 5, and implied in context again in 6:16), He refers to practicing Jews, but now He mentions the Gentiles. Remember, this is before the Church was opened up to the Gentiles (after the day of Pentecost, after Jesus’ death) and spread beyond the Jews.

Therefore, Jesus was referring to people like the pagan Romans and Greeks, and other non-Jews; people who had a different religion altogether. Thus, the KJV, NKJV, NEB , and REB versions use the word “heathen,” and other translations (e.g., Phillips, TEV, Jerusalem, NIV) use the word “pagans” here.

It is not only a matter, then, of praying with “empty phrases” and “vain repetition” but also of praying “as the Gentiles / pagans / heathen do”: in other words, of praying like those who practice an ultimately false religion. That element and the aspect of interior piety take the passage to a far deeper place than merely a discussion of repetition: let alone all repetition, as if God is condemning that.

Jesus then illustrates that He Himself is not opposed to all repetition in prayer, by the example of His own practice:

Mark 14:39 And again he went away and prayed, saying the same words.

The following passage suggests to me (though I wouldn’t make too much of it as an exegetical argument) formal, liturgical (hence, repetitious) prayers, by the phraseology “the prayers” rather than simply “prayer” (as in Acts 6:4) or “praying”:

Acts 2:42 And they devoted themselves to the apostles’ teaching and fellowship, to the breaking of bread and the prayers. (cf. Acts 3:1: “. . . going up to the temple at the hour of prayer, the ninth hour,” which may be related).

Moreover, further repetition occurs in repeated intercession for the same person or persons. For example:

Ephesians 1:16 I do not cease to give thanks for you, remembering you in my prayers,

Colossians 1:9 And so, from the day we heard of it, we have not ceased to pray for you, asking that you may be filled with the knowledge of his will in all spiritual wisdom and understanding,

Colossians 4:12 Ep’aphras, who is one of yourselves, a servant of Christ Jesus, greets you, always remembering you earnestly in his prayers, . . .

1 Thessalonians 1:2 We give thanks to God always for you all, constantly mentioning you in our prayers,

2 Thessalonians 1:11 To this end we always pray for you, that our God may make you worthy of his call, and may fulfil every good resolve and work of faith by his power,

2 Timothy 1:3 I thank God whom I serve with a clear conscience, as did my fathers, when I remember you constantly in my prayers.

Luke 18:1-7 And he told them a parable, to the effect that they ought always to pray and not lose heart. [2] He said, “In a certain city there was a judge who neither feared God nor regarded man; [3] and there was a widow in that city who kept coming to him and saying, `Vindicate me against my adversary.’ [4] For a while he refused; but afterward he said to himself, `Though I neither fear God nor regard man, [5] yet because this widow bothers me, I will vindicate her, or she will wear me out by her continual coming.'” [6] And the Lord said, “Hear what the unrighteous judge says. [7] And will not God vindicate his elect, who cry to him day and night? Will he delay long over them?

(cf. Lk 2:37: “She did not depart from the temple, worshiping with fasting and prayer night and day”; also 1 Tim 5:5: “continues in supplications and prayers night and day“)

1 Thessalonians 3:10 praying earnestly night and day that we may see you face to face and supply what is lacking in your faith?

Two further examples from the Old Testament perhaps indicate (it’s not absolutely clear, I grant) a single prayer being used repeatedly in one instance of praying:

Nehemiah 1:4-6 When I heard these words I sat down and wept, and mourned for days; and I continued fasting and praying before the God of heaven. [5] And I said, “O LORD God of heaven, the great and terrible God who keeps covenant and steadfast love with those who love him and keep his commandments; [6] let thy ear be attentive, and thy eyes open, to hear the prayer [singular] of thy servant which I now pray before thee day and night for the people of Israel thy servants, confessing the sins of the people of Israel, which we have sinned against thee. Yea, I and my father’s house have sinned.

Psalm 141:5 . . . my prayer [singular] is continually against their wicked deeds. 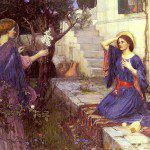 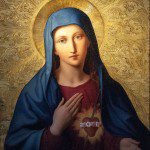 November 13, 2015 Does the Invocation of Mary at Death Ignore Jesus?
Recent Comments
0 | Leave a Comment
"A case is made that archaeology supports a real Moses having existed by using a ..."
Walter Mattfeld Did Moses Exist? No Absolute Proof, ..."
"I have to agree with Dave Armstrong that Prasant's comment was indeed off topic. My ..."
Walter Mattfeld Abraham & Beersheba, the Bible, & ..."
"While no mention is made of a town being in existence at Beersheba in the ..."
Walter Mattfeld Abraham & Beersheba, the Bible, & ..."
"It always boggles my mind that atheists in particular would go ballyhooing a “conclusion” about ..."
Jim Dailey Did Moses Exist? No Absolute Proof, ..."
Browse Our Archives
get the latest from
Biblical Evidence for Catholicism
Sign up for our newsletter
POPULAR AT PATHEOS Catholic
1