“Why Should Anyone Care About Early Protestant Mariology?”

“Why Should Anyone Care About Early Protestant Mariology?” November 3, 2015 Dave Armstrong 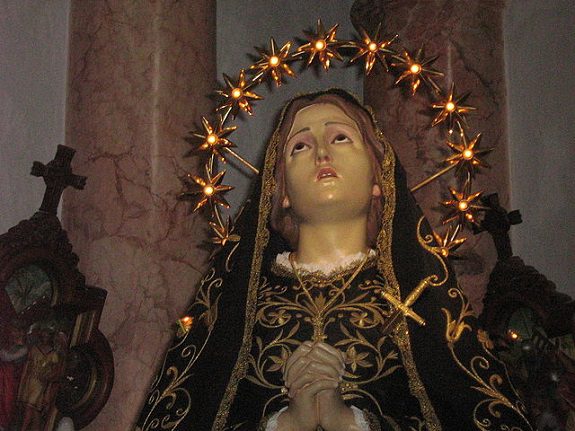 This is a question often raised by Protestant apologists, who misunderstand the reason why Catholics note these historical facts about the Protestant founders’ beliefs and aspects of “distinctive Catholicism” that they retain.

Primarily, it is a matter of historical fact or absence of evidence for same. Hence I wrote in the thread at CA where Tim Staples and I had a little friendly debate:

“In this instance, no dogma is involved. It’s purely a matter of historical fact: did Calvin believe in the perpetual virginity of Mary [PVM] or not? Whether he did or not has nothing to do with Catholic belief. We do hold to it in any event, as dogma.”

If one is interested in the history of theology, development of doctrine, and history of ideas (as I am, very much so), these sorts of questions are interesting, in and of themselves, wholly apart from apologetics or personal adherence one way or the other. Along these lines, it’s fascinating to see how the earliest Protestants differ from present-day ones, which is a matter of internal Protestant development (or departure, as the case may be). These approaches are as much sociological as they are historical, but not directly related to apologetics or “partisanship.”

I also think, however, that such questions are tangentially or potentially also apologetical ones in some respects. If a Protestant founder like Luther or Calvin believes in the PVM and at the same time believes in sola Scriptura, then (assuming self-consistency) they obviously think they have biblical rationale to believe it, rather than merely Catholic authority or an argument from extrascriptural tradition.

This then becomes a question in apologetics, insofar as a Protestant tries to claim that Catholics believe in it (as they habitually claim) only due to extrascriptural tradition. At that point we say that it is entirely possible to accept it within a sola Scriptura rule of faith, since Luther or Calvin or Zwingli or whoever, did the same. This undercuts the argument against such-and-such detested Catholic doctrines based on thinking they are “traditions of men” or corruptions. And that is undoubtedly apologetics and/or “polemics.”

Protestant apologists typically claim that such beliefs among their founders are mere unfortunate remnants of their former Catholic affiliation, which they haven’t yet managed to shake off because they were still early in the game of Protestant history, and this is “understandable,” etc., etc.

This is the “spin” that indicates, I think, a definite measure of embarrassment that the heroes and founders of the Protestant Revolt continued to believe a fair amount of “Catholic stuff” that now your average Protestant “Tom, Dick, or Harry” immediately “knows” from Scripture Alone, are abominable false doctrines. Luther and Calvin hadn’t yet arrived at that basic state of “Bible knowledge” (a ridiculous contention if there ever was one, once one sees how learned and “soaked in the Bible” both men were).

The “remnant” explanation is possible; however, it’s an entirely subjective argument, very difficult to prove. It’s a distinction without a difference. How would one prove that so-called “Reformer X” believed in the PVM because of the continuance of arbitrary Catholic tradition, or because he truly thought it was warranted from the Bible? I don’t see any way to do it.

The claim is arbitrary and made based on wishful thinking and special pleading, rather than solid ascertainable fact. It’s an interpretation superimposed on the facts as can be determined, to “explain away” what is thought to be anomalous or embarrassing or inconvenient in the course of anti-Catholic and/or pro-Protestant apologetics and polemics.

In the first instance, it is the ostensible self-understanding of the person who believes whatever he does (granting consistency), and provides a biblical rationale for why he does (which is apologetics and/or epistemology). In the second, folks today are observing so-and-so believing in the PVM and speculating as to WHY he did (motivation, getting into almost psychological analysis, which is often quite dubious).

It’s possible, of course, for both things to be true, too, just as, say, e.g., St. Augustine and Catholics today make arguments for beliefs based on both the Bible and tradition. But we’re not holding that only Scripture is infallible. When Calvin believes something, he’s gonna test it basically by Scripture alone, far more so than with Luther, who explicitly appeals to tradition (e.g., infant baptism over against the Anabaptists) and occasionally even to tradition alone in favor of his views (e.g., crucifixes).So Calvin would say that he believes in the PVM (if in fact he did, as I believe) because the Bible indicates it, not tradition. But the observer today might say that “well, he really believed it because he has Catholic remnants that he was unaware of.” I find that to be most disrespectful of Calvin, as if he is some sort of dense dummy beholden to forces outside of himself, of which he is blissfully unaware.

The armchair psychoanalysis requires a belief that the very initiators of sola Scriptura as the rule of faith didn’t understand their own perspective, whereas any average Protestant today understands it better than the ones with whom it began. That makes no sense, and it is an insult to Luther, Calvin et al, as if they were simpletons or imbeciles. If anything can definitely said to not be true about them, it’s that: they they were stupid.

I think Catholics sometimes respect Protestant founders more than many Protestants do, because we accord them the respect of acknowledging that they believed what they believed, whatever it is, and don’t try to spin it away (with a polemical intent) by claiming that it’s because they are so ignorant of the Bible or still in bed with the Great Whore . . . . we simply let them be who they were: theological thinkers who deserve serious consideration whether we agree with their conclusions or not.

In any event, all parties are responsible to try to determine the historical facts of any given matter, whichever way they turn out, and to be willing to retract some things and modify positions, as more facts become available. That’s what it’s all about: we ought to go to wherever the truth leads us, as can best be determined by diligent study. It was that pursuit of truth that led both Tim Staples and I into the Catholic Church, which entailed changing our minds on a host of matters.

In conclusion, we could also look at these facts from another angle. If anyone who believes in the PVM is making Mary a “goddess” then Luther and Calvin would be doing so as well. But that is rejected as absurd by Protestants. Therefore, the premise must be discarded, lest Luther and Calvin be Mariolaters. 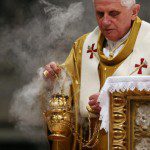 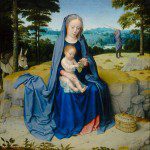 November 4, 2015 Why Should We Believe in Mary's Perpetual Virginity?
Recent Comments
0 | Leave a Comment
Browse Our Archives
get the latest from
Biblical Evidence for Catholicism
Sign up for our newsletter
POPULAR AT PATHEOS Catholic
1