Coming Down from Heaven (Jesus’ Carol): My 9th Christmas Poem 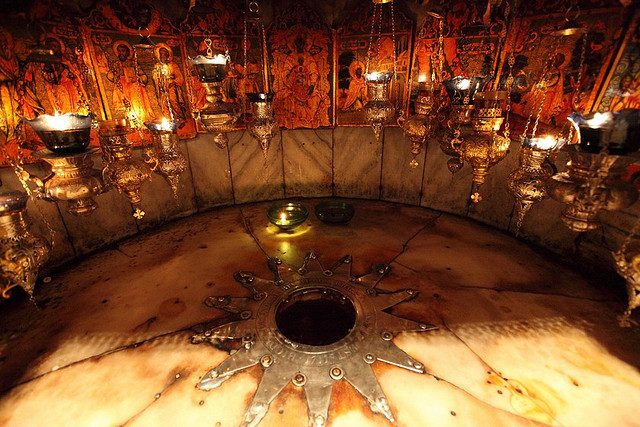 This Christmas poem (my ninth) is the third of a trilogy of biblical “narrative” poems: the first being from Simeon’s perspective and the second from Mary’s. I determined last year that I would try to write a poem from the perspective of Jesus becoming incarnate — becoming a man, and a baby — yet remaining all the while God. It was quite a daunting challenge (writing as if one were God speaking!), but I tried to keep it relatively simple, for readers’ sake and my own (those wishing to pursue theology proper and Christology — the Incarnation and Two Natures of Christ — more deeply, see my Holy Trinity web page). I hope you are edified and blessed by the poem and may God bless you and yours abundantly during this Advent / Christmas season.Disclaimer for certain wary Protestants: if you don’t like the “Mary / Catholic stuff”; just omit the second stanza in your reading. That will eliminate, I believe, any theological objection you may have, and the poem still works okay without it (as a five-stanza piece); but you’ll be missing a crucial biblical and theological aspect of the Incarnation (including the Virgin Birth).

From all eternity, age to age; since the “beginning,” I AM;
With My Father I created the universe: all things that are.
We decreed to save mankind by sacrifice of “God’s Lamb”;
Foretold in Isaiah 53: Messiah scorned, slain, and scarred.
* * *

My mother gave I the grace to be immaculate, without sin;
Fit vessel for God incarnate: ark of the new covenant pure.
Gabriel hailed New Eve “full of grace”: redemption to begin;
Virgin with child by the Holy Spirit; man’s salvation now sure.

In fullness of time I came down from glorious heaven above;
Clothed with human flesh: a baby-king (!) of Israel from birth.
Lying in a cave; a manger, in the world I had made and loved,
I was worshiped by shepherds and wise men filled with mirth.

Though seeing through infant eyes: helpless, innocent, meek;
I knew all things, possessed God’s wisdom even in that hour.
As a baby, though King and Messiah, I cried and didn’t speak;
But I sustained the entire universe by the Word of My power.

Even animals at My birth sensed the wonder prophesied of old;
Mary and Joseph were filled with thankful happiness and joy.
The three kings gave Me gifts: frankincense, myrrh, and gold;
Shepherds adored, fell before God: now present as a baby boy.

Mary held Me close and rejoiced, under the star’s shiny beam;
I was dependent on her as a son, though I was God all the while.
I contemplated the reason I was born, and how I would redeem.
But now all was contentment and peace, so I rested and smiled. 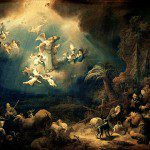 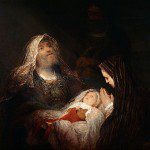 December 11, 2015 The Song of Simeon (Dave Armstrong's 7th Christmas Poem)
Recent Comments
0 | Leave a Comment
"Hey Mr. Armstrong, What is your opinion on this YT channel? This is, mind you, ..."
Prasanth Did Medieval Catholicism Forbid All Vernacular ..."
"YOU SAID ;Dave’s position and those of other apologists is simple: Instead of letting the ..."
Paul Vinci Resurrection #23: How Did Judas Die?
"Dawkins goes to theism in general. It is on a 1-7 scale, 1= strong belief, ..."
Jim Dailey Pearce’s Potshots #23: God’s True Mercy ..."
"A few questions- First, does the scale specifically refer to christianity, theism in general, or ..."
DC Kurtz Pearce’s Potshots #23: God’s True Mercy ..."
Browse Our Archives
get the latest from
Biblical Evidence for Catholicism
Sign up for our newsletter
POPULAR AT PATHEOS Catholic
1