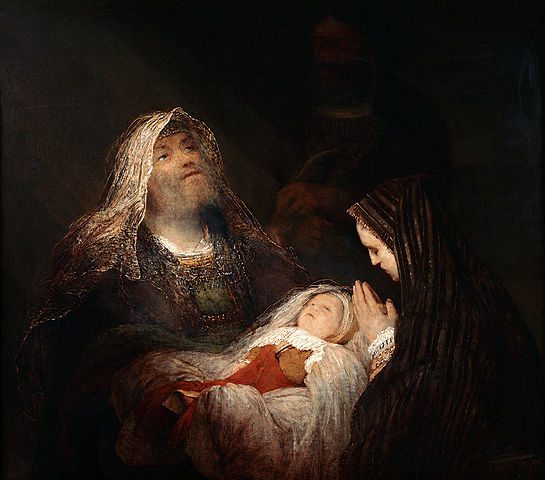 Simeon’s Song of Praise (1700-1710), by Aert de Gelder (1645-1727) [public domain / Wikimedia Commons]
* * * * *
[see Luke 2:25-35 for the biblical background]
* *
Long have I lived; my earthly end now drawing near
Waiting for the Messiah, to come deliver our land
To fulfill all our hopes and soothe ever-present fears
And rescue His chosen people by His mighty hand
* * * * *
We have suffered for many years, in the utmost travail
The conquering Romans our faith and freedoms deny
Yet Yahweh long ago promised that He would prevail
And bless His dear children who weep, groan, and sigh
* * * * *
The Spirit told me that before this world I should depart
I would see Messiah, God’s Son, with mine own eyes
Thus comforted, I watched and sought, glad of heart
For the Redeemer: He Who descends from glory on high* * * * *Led by His voice I entered the great temple holy
In search of the precious babe, whose child I am
To behold righteous Joseph and humble Mary lowly
Amidst all the sacrifices of pigeons and of lambs

In a mere instant I knew in Whose presence I crept
An infant basked in glowing sanctity, and awesome light
His face glimpsed but for a moment, I rejoiced and wept
Uplifted and surrounded by pure new contentment bright
* * *Overtaken by emotion I grasped my Lord in my arms
Profusely thanking God for blessing me in that hour
Mary and Joseph were astonished but feared no harm
I passed His blessing along to them: joy and power
* * * * *
But alongside the peace came a troubling message sober
Revealing what the Son was destined to pass through
By Him all could be saved when the dreadful ordeal was over
But a terrible price would be paid; this Mary already knew
* * * * *
I saw a fleeting sadness in her holy, beautiful face
As I spoke of a sword passing through her own heart
But of despair in the blessed Virgin I saw not a trace
God had given her the abundant grace to fulfill her part
* * * * *
Then the divine child intently gazed for a long time at me
As if to say, “I have willingly come to save all mankind.
My mother understands and the Father’s entire plan sees.
She is the ‘handmaid of the Lord’, though many are blind.”
* * * * *
Joseph embraced me, smiled, and said “God’s will be done.”
Mary sensed my sorrow, and said, “His cup, not ours; let it be.”
I pondered Isaiah 53 and the child’s mission already begun.
And marveled at God’s mercy and love towards sinners like me.
* * 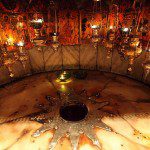 December 10, 2015
Coming Down from Heaven (Jesus' Carol): My 9th Christmas Poem
Next Post 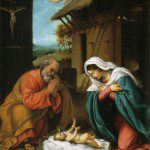 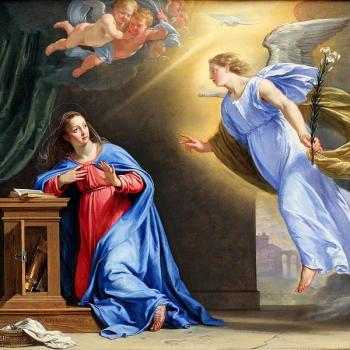 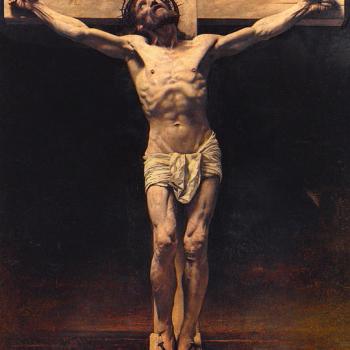 Catholic
Reply to a Rationalist Objection to Mary's Perpetual...
Biblical Evidence for Catholicism 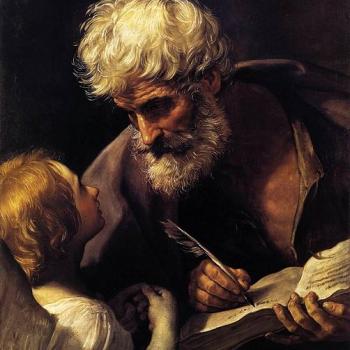