The Ridiculous “Anti-Francis” Mentality: My Theory in Brief 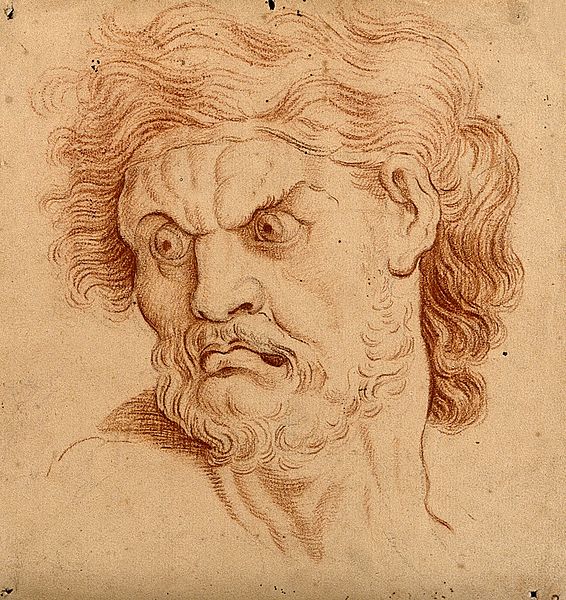 We apologists have to keep defending the pope because people are unable to figure out and grasp distinctions of style and different forms of language: precisely what fundamentalists get wrong in interpreting the Bible, and what the Pharisees got wrong in approaching our Lord Jesus. Legalism, taking things out of context, the inability to comprehend different approaches to things, as if Pope Francis must be a cookie-cutter replica of Popes Benedict and St. John Paul II . . .

I wrote a book defending the pope and have a long collection of articles (mostly from others) doing so. I also posted a great documented article from a friend (Dan Marcum), showing that the pope is rock-solid orthodox in any way anyone could think of.

I’ve yet to find a seriously troubling thing from this pope. But because of the above shortcomings and the stupid, cynical “narrative” that has been created by a long string of these trumped-up, ridiculous “incidents” (fed and fueled by the equally uncomprehending secular media, whose ramblings people enthusiastically sop up like a sponge), the current “feeding frenzy” will, unfortunately, continue.

We make a spectacle of ourselves the longer we do this. Here I’m trying my best as an apologist to defend Holy Mother Church as the fullness of truth and the best, biblical ecclesiology, and we have so-called Catholic “conservatives” out there every day bashing the pope because he said something that they, in their infinite wisdom, have the greatest difficulty in reading, interpreting, and comprehending. It’s asinine and absurd.

I truly wonder, and would ask people who think like this: “if you can’t handle a pope and a papacy and you are unwilling to submit yourself to it, and him, and show proper consideration and respect, why do you bother being a Catholic at all? Why are you not consistently part of a communion that doesn’t recognize the papacy?”

If all you think of the papacy is that it must always be a person who agrees with you in every jot and tittle and triviality, then that’s not a papacy at all. It’s an idol of your own making: having rejected the true Catholic notion of willing submission to God-given authority, and having adopted purely Protestant private judgment, where you have the final say in everything, rather than Holy Mother Church and the Holy Father who leads the One True Church.

In fact, I think it’s gone well beyond merely acting like Protestants or modernists. I would have never acted so stupidly even as an evangelical Protestant. I had far more respect for the pope than these clowns do.

The inveterate critics are acting much more like petulant brat rebel children, who have to get their own way all the time or else they will pout and take their bat and ball and go home. For many of these critics, Pope Francis’ unforgivable sin is that he is Not Pope Benedict: their darling.

That’s why the radical Catholic reactionary site Rorate Caeli attacked him literally on his first day in office: using a Holocaust revisionist to do it, as I have documented.

Some good friends of mine made some great comments on Facebook, where I posted a prior version of this post:

Paul Hoffer: There is a certain hubris, a certain Protestant-ness, in presuming that we are right and the Vicar of Christ, who is being guided by the Holy Spirit, even if not infallibly most of the time, is wrong. By giving assent to the Catholic faith, our mindset should be that we should humbly approach the things Pope Francis says that seem wrong to us or that seem to contradict our view of Church teaching are in fact wholly in accord with Church teaching and diligently take the time to understand why such is so.

Pride is the oldest sin and the one that is the most insidious.

Rod Bennett: My own feeling is that people are poorly catechized. As a result, they can’t judge theological or ecclesiastical matters themselves, and thus feel compelled to depend upon people they trust — “gatekeepers” you might say. And they choose these gatekeepers (or chose them years ago) by flavor, not by facts. They sniff for a certain smell, so to speak, and if they get a different smell…they are suspicious. This is why Francis-hate is really about style, not substance. They simply can’t understand his message — like a robot saying “this does not compute!” — because he’s deliberately communicating the same substance…with a different style.

Kurt Hager: I am a “Glad Trad” and I have had to stand up for the pope on many occasions. I have been branded a “papal spin doctor” by some for my actions but to date NONE of the negative assertions of the Pope haters have proved correct. They are giving in to their fears. These fears, I have found, are often engendered by memories of the misapplication of Vatican II. Vatican II wasn’t the problem. The innovations imposed while invoking a bogus “spirit of Vatican II” were the source of the problem. Unfounded fears regarding the Pope need to be nipped in the bud.

Unfortunately “Rad Trads” distrust anyone who doesn’t agree with their Neo-pharisaical views. They even brand people like Archbishop Fulton J Sheen, Frank Sheed and Monsignor Knox as modernists. They see themselves as the self-appointed judges of valid traditional Catholicism. In truth they have lost the spirit of Christianity in striving for Orthodoxy. I too believe in the importance of Orthodoxy but that doesn’t mean freezing the Church in time. (They even reject the words of John Henry Cardinal Newman as being too modernist.) The Church is alive, vibrant, it cannot be frozen or it would be dead.

Glad Trads are in a battle Dave. Rad Trads infiltrate and spread their poison whenever and wherever possible. We need assistance in our efforts to thwart this false “traditionalism”. I think your book will be a useful tool. They tend to target new Trads and warn them about Glad Trads. It is a battle to make sure their corruption doesn’t fool newer people. So the more info we have to counter them the better.

Me: You’re my kind of traditionalist. I’m right there with ya in most things. I’m trying to do my part . . . I defend a sane mainstream traditionalism while vigorously opposing radical Catholic reactionaries. 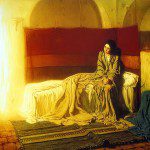 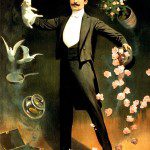