Fictional Dialogue on the Catholic Doctrine of Purgatory 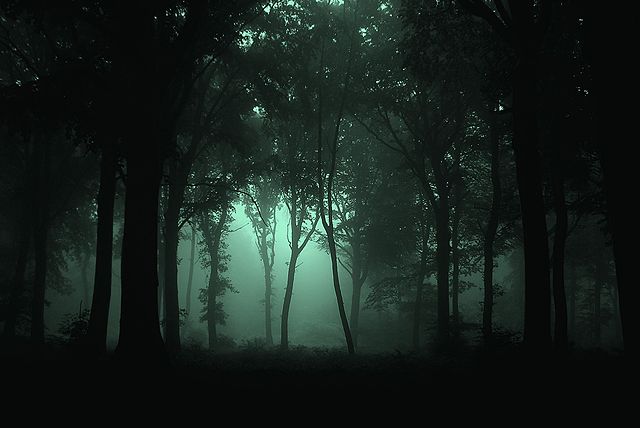 Paul the Presbyterian: Hey Dante! What is this nonsense about purgatory [spoken with a grimace] that you Catholics teach? Haven’t you read that “to be absent from the body is to be present with the Lord” (2 Cor 5:8)?

Dante the Catholic: First of all, you’re misreading that verse. Paul is saying only that he would rather be present with God in spirit than here in his body. Secondly, your interpretation wouldn’t apply to those who are damned to hell, since they are not “with the Lord.” Thirdly, why would you assume that to be in purgatory is to not be with God?

Paul: Well, I’m impressed. But still, you can’t show me a single verse in the Bible which refers to a state in the afterlife other than heaven or hell.

Dante: Really? I hate to contradict you [smiles], but what about the parable of Lazarus and the rich man (Lk 16:19-31)? This is the Hebrew Sheol (Greek, Hades) since it includes both good and bad men. Heaven can’t have sinners in it (Rev 21:27) and hell wouldn’t have saved persons in it.

Paul: Ah, but this is just a parable. You can’t construct a doctrine out of a story! You’ll have to do better than that.

Dante: I disagree. Jesus wouldn’t tell a falsehood about spiritual matters, even within a parable. This would be misleading. Besides, we’re told that Christ preached to (apparently damned) “spirits in prison” after His death (1 Pet 3:19-20) and took the righteous dead with Him to heaven (Eph 4:8-10). This indicates a divided Sheol or Hades, with the righteous and the wicked: a third place or state.

Paul: Well . . . alright, you got me on that one. But no one could go to heaven until after Jesus’ Resurrection, and then there were only two destinations after death.

Paul: Okay, but what other verse can you come up with?

Dante: Well, Paul accepts prayers for the dead, which presupposes a purgatory, where dead men can still be assisted.

Paul: Come on! Now you’re really off the deep end. Where?

Paul: What do you think he means by “baptisms for the dead?”

Dante: We think he is referring to acts of penance and prayers for the dead. “Baptism” is often a metaphor for suffering (Mk 10:38-39; Lk 3:16, 12:50), and Paul seems to have 2 Maccabees 12:44 in mind – a very similar verse which explicitly teaches the propriety of prayers for the dead.

Paul: But that’s in the Apocrypha. We don’t accept that.

Paul: But why would God want to torment us like that? What’s the point? Why wouldn’t He just forgive us and be done with it, since Jesus already bore all our penalties (Is 53:4-6)?

Dante: God is holy and perfect as well as loving, and this process is simply the way we must enter into His presence. Besides, it’s much more merciful to allow people to be purged of their remaining sins after death as a prelude to heaven, than to condemn them to hell. Whatever the reason, God has revealed purgatory to us in the Bible. Paul talks about the “judgment seat of Christ” (1 Cor 3:11-15; 2 Cor 5:10), where our works will be “tested,” after which some will be saved “only as through fire.” In all essentials, this is precisely what Catholics mean by purgatory. Don’t you believe in the “judgment seat of Christ,” and that holiness is required to see God (Heb 12:14-15, 23; Eph 5:5)?

Paul: Well sure, but it takes place quickly at the Judgment.

Dante: Okay, suppose I grant you that. Now we’re only arguing about duration, a mere quantitative rather than qualitative dispute. Why quibble over details? We’re not far apart.

Paul: Yes, but we don’t think that this judgment goes on for thousands of years, with the sufferers losing all hope.

Dante: No one knows how long the process will take for any individual. Paul makes no indication. But all these suffering souls know they are saved and will go to heaven eventually. Purgatory is the vestibule to heaven, not hell. You believe we’ll be zapped, and I think it’ll take a bit longer. But there is agreement that some purging takes place.

Paul: Wow! I never thought of it in that way. But if the Bible teaches this, I can’t disagree with it. Thanks, Dante! 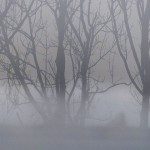 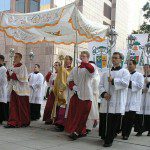 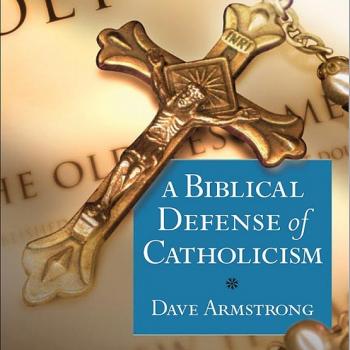 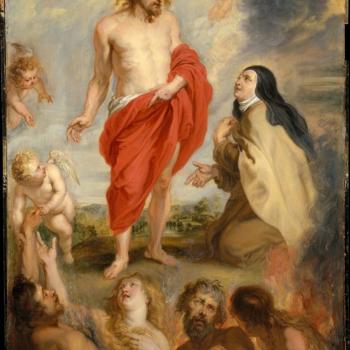