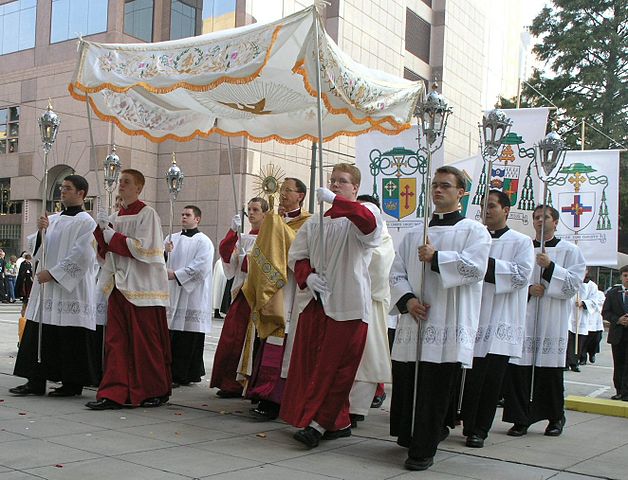 Note that the Lutherans in 17th century Magdeburg DID continue to observe Corpus Christi – in the sense that the Divine Service on the Thursday after Trinity shared the same readings and almost the exact same sequence hymn as the Roman Catholics. But of course with the Lutherans there was no procession with half the Sacrament or other such tomfoolery. Instead, I’d be willing to bet, there was preaching against the Roman practices that ran contrary to the Words of the Lord and instead an exulting in what those words give us: the Lord’s true body and blood for us Christians to eat and drink under the form of bread and wine for the forgiveness of our sins. Whether or not such a feast is worthy of being revived among Lutherans today or not – that is a question Lutherans can and should engage and discuss. What is beyond dispute is that it continued in some form among Lutherans long after the Reformation and into the age of Lutheran Orthodoxy.

Why is it considered “tomfoolery” simply because we believe that Jesus is present in the Eucharist longer than you do? It seems to me that is something where reasonable people can disagree. I don’t speak in such terms of the Lutheran view of the Eucharist; I simply disagree with it, while also rejoicing in the similarities between us.

I am much more likely to be severely critical of the Reformed notions of the Eucharist, because I consider it incoherent philosophical mumbo-jumbo. But see, that is because that is a major disagreement: they deny the Real Presence. But you guys don’t.

It’s a relatively minor disagreement between us (we largely agree on the “majors” of Real Presence).

The tomfoolery is not in regard to questions of duration (about which Lutherans have some honest disagreements among themselves), but to a use of the Sacrament for which it was not instituted. Our blessed Lord gave us His most precious body and blood and commanded: “eat and drink for the forgiveness of sins” not “divide and process through the streets.”

I’m moderately agnostic on whether the bread and wine remain the Lord’s body and blood after the Supper has ended. My understanding is the Lutheran position is that it’s better to ensure nothing is left over (“take, eat“) than to start asking questions about the nature of any “leftovers”.

I just completed reading again the Smalcald Articles and what the Formula of Concord has to say about the Lord’s Supper. Dynamite stuff that.

Reserving the Blessed Sacrament, the Most Venerable Sacrament of the Altar, as it is described in the Formula…is…tomfoolery and hokum.

The Lord gave it to us to eat and to drink, not to tuck away somewhere to “adore” it outside of its instituted use. Much pastoral wisdom there.

There, I said something about Corpus Christi festivals in Lutheran churches.

Where is sola Scriptura in the deposit of faith? The best apologists for that false doctrine (e.g., Keith Mathison) will even concede that it is an inference and not a direct teaching of Scripture (I think Keith said that; I’d have to check again for sure).

Where is the canon of Scripture in the apostolic deposit?

Where is the Chalcedonian definition of the Two Natures of Christ in the apostolic deposit? Did not the Church have to make quite significant inferences and deductions and elaborate “speculation” on the simpler kernel of Jesus’ divinity that was received in the deposit?

I’m sure I could think of other examples, but this suffices.

It seems to me that a Lutheran must concede that there were legitimate developments and “inferences” made, in application of the received doctrines and revelation.

Granting that this is the case (as I contend you must), then your burden is to establish that liturgical practice is somehow an entirely different category, whereby no “inference” or development of practice or diversity of allowable practice is allowed. Joe wrote: “God gives promises with his own mouth; we do not deduce them.”

Is that so? Where, then, is the canon of Scripture from God’s “own mouth”, or sola Scriptura, or (for that matter) Jesus “in, with, and under” the elements, as you guys believe, or the Two Natures or refutations of Monophysitism or Monotheletism?

That would be extremely interesting for me to see how you would argue that. I hope someone does.

Joe wrote: “Further, God is deadly serious about inventing worship that seems right to us without his command and promise.”

I see. So, then, tell me: how do you view all the differences in liturgical practice among Lutherans (e.g., the closed communion controversy)? Do you get all upset and outraged that the next Lutheran denomination over has departed from God’s instructions? I don’t believe it is absolutely uniform. So why don’t you loosen up a bit and allow diversity of worship?

If that objection collapses, then you are left with the merely “quantitative” arguments based on duration of the Real Presence (and two of you have acknowledged that there are inter-Lutheran disagreements on that).

Therefore, if these Lutheran differences exist, it seems to me that the Catholic approach is only a bit further along on the continuum: we believe Jesus is present for a longer period and that it is appropriate, therefore, to worship and adore Him in processions, etc.

On what basis, then (in this second scenario) is there an objection, let alone describing it as “tomfoolery” or “hokum” or far worse mocking, denigrating terms that I’m sure Luther and others have uttered through the years?

Why can’t we just respectfully disagree? Something like, “my Catholic brethren differ from us in this regard but we respect their belief as an alternative vision of eucharistic adoration that we don’t ourselves hold. They are worshiping consistently and reverently according to their conception of how the Real Presence works out in practice. Their desire is to worship Jesus, and surely we can’t object to that, though we disagree with this particular method and conception of eucharistic worship”.

Would that put anyone out, to have that sort of tolerant, ecumenical attitude about it, while not compromising one’s own belief in the slightest?

Do you, as a Catholic, believe that Christ is present when an ordained Lutheran pastor holds up a Eucharistic host and recites the words “This is my body”? Or is there just a layman in a white robe holding a piece of bread?

The latter, due to the absence of apostolic succession and hence, [fully sacramental] ordination. That doesn’t mean we would mock what goes on there, as you guys do our eucharistic adoration and sacrifice of the mass. We think there is a great deal of value in the piety of sincere beliefs and reverence, and Luther’s view on the Eucharist is pretty good. But the succession question is key to why we ultimately have to dissent from believing that Jesus is truly present, as He is in the Orthodox and Catholic liturgies.

Since the Word of God provides us with the instruction of our Lord about the use of the Holy Sacrament – that we are to eat and drink His body and blood and thus proclaim His death until He comes – and says nothing about parading around town with the most sacred species, I will stick to calling it tomfoolery, which it is, and ask my dear Roman brother to please consider that it is not out of malice that we reject such a practice and speak against it, but out of faithfulness to the revealed Word and love for the Blessed Sacrament.

I appreciate that disclaimer. Nor is it out of malice that I hold the view that the Real Presence isn’t “real” in Lutheran services, based on our beliefs. But I can’t imagine making fun of a rite that adherents believe to be much as we believe our Mass to be. I respect that. It’s a sincerely held error, and God looks at the heart. Lutherans are at church to worship Jesus, just as we are. 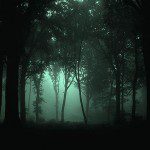 March 6, 2016
Fictional Dialogue on the Catholic Doctrine of Purgatory
Next Post 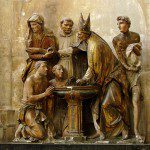 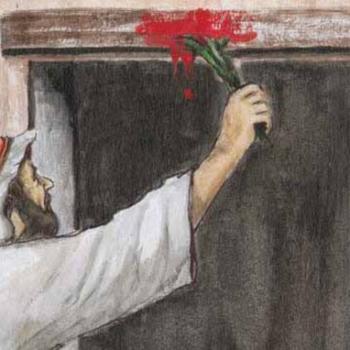