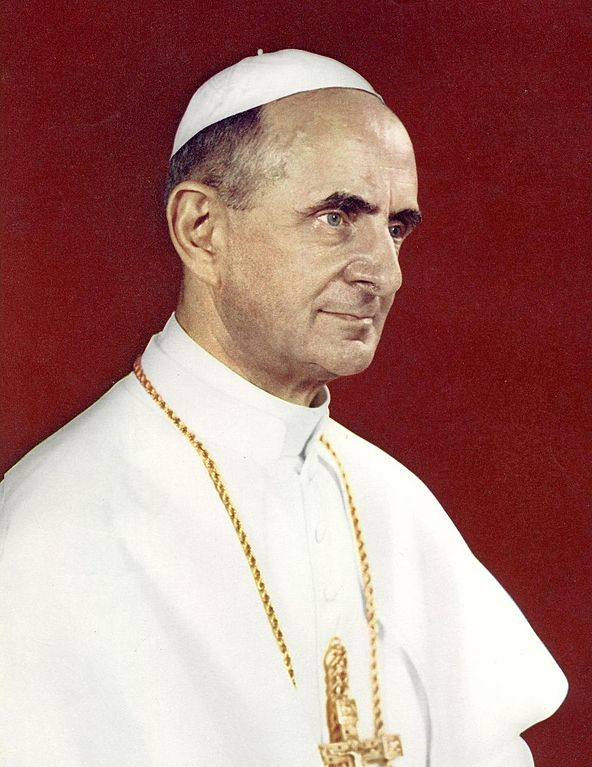 Yesterday I chided the radical Catholic reactionaries for opposing the pope’s Apostolic Exhortation even before it came out, and being wrong, as usual. Then I posted extensive highlights of the document, having to do mostly with all the “hot-button” moral issues that reactionaries pessimistically claimed would be changed, and that liberals hoped would change. Both were misguided. The Church hasn’t changed any of her doctrines, which I have been predicting with yawns for the past two years that this has been bandied about.

Today I’d like to give some of my opinions, that were posted in the Facebook discussion and combox for my previous paper: in defense of the document over against continuing criticisms, or simply in explanation of the same, according to my best lights as an apologist. These are mostly random / spontaneous thoughts. I claim no more than that for them. But for what they are worth . . .

My goal in the article was to show that the document upheld traditional Catholic morality (can’t do everything at once). There will be plenty of time for discussion of how the reactionaries and their comrades-in-arms in goofiness and detraction, the modernists / liberals, exploit and twist a few passages, as they always do.

There are a few passages which will be taken wildly out of context, given the most cynical interpretation, and made the supposedly “ambiguous” roots of a supposed conspiracy against moral tradition. The reactionaries and modernists have done this with Vatican II; they will, sadly, with this document, too (since they have so many profound similarities in their thinking and attitudes).

It’s not hard for me to call it a “Humanae Vitae moment” (especially in light of the very strong reiterations of a strikingly “anti-secular” conjugal openness to life). As I said, the document will be distorted and dishonestly exploited, as reactionaries and modernists always do. They do the same with Scripture, which we know is perfect and infallible and inspired.

The liberals rebelled against Humanae Vitae, despite its great clarity. It’s not the fault of the documents in any of these cases.

What Amoris Laetitia does is continue to develop and expand and elaborate upon the truths and themes of Humanae Vitae by incorporating the wisdom of Pope St. John Paul II: especially his theology of the body. But I meant the “1968” analogy in a larger sense than just the pro-life and contraception issues.

[replies to criticism of the exhortation’s length] The Bible is clear and concise and definitive. 73 books. Or is that too long to be inspired? Indeed, it is often misinterpreted and butchered, and this document will be also (already is in the usual quarters).

2. If the Bible (very long) is even inspired, why is it that 250 pages somehow detracts from this document, which is far less than inspired? (analogical / logical principle: if the greater thing, how much more so the lesser thing in the same regard).

Length has nothing to do with anything. Yes, the pope gets “lengthy” about supremely important topics, and I’m ecstatic that he does. The more the merrier, because it’s all truth and we get more than enough garbage and lies rammed down our throats every day.

The Summa Theologica of St. Thomas Aquinas was a treatise for beginners in theology. Five long and enormously “meaty”, thought-provoking volumes! This is how far we’ve sunk over the last 740 years. Now folks complain about one document, the size of an average paperback (that they will devour in a day or two, and go out and buy many more).

The pope referred to admission to some of the sacraments in rare cases, in one footnote:

351 In certain cases, this can include the help of the sacraments. Hence, “I want to remind priests that the confessional must not be a torture chamber, but rather an encounter with the Lord’s mercy” (Apostolic Exhortation Evangelii Gaudium [24 November 2013], 44: AAS 105 [2013], 1038). I would also point out that the Eucharist “is not a prize for the perfect, but a powerful medicine and nourishment for the weak” (ibid., 47: 1039).

So of course, the reactionaries in their endless pessimism and self-delusions and the liberals in their relentless dishonesty and anti-traditionalism, are latching onto this. Read closely, I don’t even think the last sentence necessarily implies communion for those in irregular situations. It may simply be seen as a sort of related mark, or a footnote within a footnote. These people miss the following much more definitive and clear statement in section 242:

At the same time, “divorced people who have not remarried, and often bear witness to marital fidelity, ought to be encouraged to find in the Eucharist the nourishment they need to sustain them in their present state of life.”

I was asked in retort: “Why not address the issue more directly, instead of ambiguously, and in a footnote?” I replied:

Well, he did, by consigning it to a footnote! Nothing has changed, in other words . . . It’s like the Supreme Court passing over a case without comment. That means that existing law (civilly and in the Church) stands where it is. I think Fr. José Granados – Vice President of the Pontifical Institute of John Paul II (Rome), explains it quite sufficiently.

Nothing is ever sufficient to quell controversies, for those intent on whipping them up. Humanae Vitae was short and concise. Did that matter? No; there was a wholesale rebellion that almost split the Church. Vatican II is regarded as ambiguous and unclear by the recationaries and many mainstream traditionalists. So is the Catechism.

Vatican I defined papal infallibility. Some folks on the left didn’t like it and left (the Old Catholics, led by Dollinger). Others on the far right weren’t content with it (ultramontanes like Ward and Manning). Nothing is ever good enough for the modernists and their comrades, the reactionaries.

I strongly suggest ignoring reactionary hit-pieces from The Remnant, Hilary White, Rorate Caeli, One Peter Five, Lifesite News, Catholic Family News, and other like-minded reactionary groups, as well as secular sources and venues. Though Breitbart managed to do well, one simply can’t trust the secular media (even conservative or libertarian “alternative” media) to get it right.

Ignore these articles. And of course read the document for yourself and interpret it in line with Catholic tradition, which it is wholly consistent with. If you want to read additional summaries and commentary, read the ones recommended in my long list of defenses of Pope Francis (#198 and after). They respect and understand Pope Francis and the Church.

[referring to the pope’s “pastoral” approach to the divorced and remarried, cohabiting, etc.] The debt is not being forgiven (or overlooked). The person is being treated with charity so that they can come to realize more and more (in an atmosphere of love rather than spurning and personal condemnation) that they have to stop some behavior they are engaged in.

Jesus was charitable to the adulteress (indeed, saved her from stoning, which was quite permissible under the Law), but in doing so He also told her not to sin. This document teaches that certain things are sin, but just in a more subtle way. It’s a different approach, but I contend, in line with St. Paul: “I have become all things to all men, that I may by any means save some of them.” Some people will never grasp this sort of thing, but it is quite biblical, right along with the more strict statements of condemnation (that Paul also makes).

The strict Law was relaxed (letting the adulteress live rather than be stoned to death). And the reason was that we all sin, and so should be slow to judge the heart of someone in objective sin (but not infrequently not also in subjective mortal sin, out of ignorance, etc.).

All of this gets into age-old thorny questions of Law vs. Grace, which was a huge New Testament theme, and is also a question in the Church: how do we balance law / justice and mercy / charity, in order to maintain standards of morality, yet reach the greatest number of souls for salvation and the fullness of grace and faith?

It’s typical Catholic both/and reasoning. The problem is that many of the interpreters we see today think in either/or terms; in false dichotomies. They think that because charity is stressed, therefore, the objective moral law of the Church is simultaneously being rejected, as if it were a zero-sum game. It is not, and the pope makes that clear. But some (many?) critics of the document can’t comprehend that the pope can talk about one thing, without at the same time (in the same act or thought) changing the other.

Section 301 doesn’t mention the Eucharist, and is drawing the distinction between subjective and objective mortal sin. There could be, for example, someone in the “irregular” situation of a reputed marriage after divorce, yet living as brother and sister. That would be regular but not only not mortally sinful, but not sinful at all.

Moreover, when the Eucharist is mentioned in conjunction to “irregular” situations, it is a divorced person who did not “remarry”: not one who did:

At the same time, “divorced people who have not remarried, and often bear witness to marital fidelity, ought to be encouraged to find in the Eucharist the nourishment they need to sustain them in their present state of life. . . .” (242)

Spiritual death is caused by subjective mortal sin as well as objective. This is the distinction drawn by Amoris Laetitia, and is rather basic in Catholic theology: any child ought to be aware of it by First Communion and the age of reason.

Section 299 never mentions the Eucharist, either. It is simply assumed without warrant by some critics of the Exhortation. It says, rather, “Their participation can be expressed in different ecclesial services . . .” And it says that they should be “able to live and grow in the Church and experience her as a mother who welcomes them always, who takes care of them with affection and encourages them along the path of life and the Gospel.”

Folks too often pick and choose and isolate statements out of context to “read in” what they wish. But as with all documents, the entirety of the reasoning and the writing as a whole must be incorporated into interpretation. 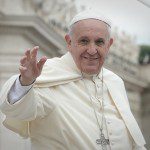 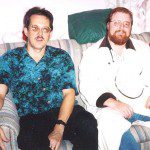