Dialogue on the Charge that Pope Francis Doesn’t Evangelize

. . . and on the Nature of Dialogue vs. (?) the Gospel; with a Traditionalist 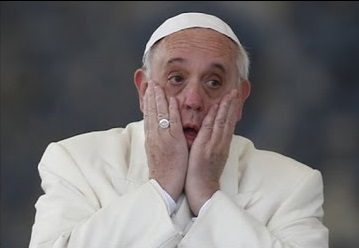 This person’s words will be in blue.

Wow, Dr. Kwasniewski comes off really well in that exchange. [link to my dialogue with him] Honest and noble of you to post it on your blog.

Just as well. One must dialogue to be saved:

[he linked to the article, “Pope at Mass: Those who do not dialogue disobey God”]

[I linked to my paper, “Jesus’ Use of Socratic Method in His Teaching & Dialogues”]

Also, dialegomai is a good New Testament word. It is used of Paul “reasoning” or “disputing” with both Jews and Gentiles, in Acts 17:2, 17; 18:4, 19; 19:8-10. Paul says to imitate him, as he in turn imitates Christ. So I do! And Pope Francis is teaching the same thing. Nothing new here. All of this is eminently biblical.

Of course he did. Say, being the Francis fundi you are, can you point me to a sermon or homily in which Pope Francis teaches what one must do–besides dialoguing–to be saved?

I doubt the Pope wants us to dispute with those he wants us to dialogue with. Finding common ground seems more like his idea of dialogue, unlike your blogging on trads.

I’m an orthodox Catholic; not a “Francis fundi”, and St. Paul also urges us to avoid the foolish discussion, which this would be.

Finding common ground is essential for any good dialogue: going back to Socrates. With no common ground, we can’t talk constructively at all. Thus, St. Paul did this with the pagan Athenians, talking about their religiosity and taking their “unknown God” notion and using it to preach the gospel to them.

I have nothing against traditionalists. I myself am a traditionalist in many ways. I have a great deal against radical Catholic reactionaries. Learn the difference.

Thanks for the link. As an orthodox Catholic can you point me to one of the 1000-odd homilies Francis has given that addresses the topic of what one must do to be saved? Trying to help a friend out who claims he has never taught the simple “repent and be baptised” message first proclaimed by St. Peter. I find that hard to believe.

In this [ecumenical] dialogue, ever friendly and sincere…[a] facile syncretism would ultimately be a totalitarian gesture on the part of those who would ignore greater values of which they are not the masters. True openness involves remaining steadfast in one’s deepest convictions, clear and joyful in one’s own identity… What is not helpful is a diplomatic openness which says ‘yes’ to everything in order to avoid problems, for this would be a way of deceiving others and denying them the good which we have been given to share generously with others. Evangelization and interreligious dialogue, far from being opposed, mutually support and nourish one another. (Evangelii Gaudium 251) [source]

Christians often do not even know the core of their Catholic faith, the Creed, so as to leave room for a certain syncretism and religious relativism, without clarity on the truths to be believed and the salvific uniqueness of Christianity. The risk is not far off today of people building a so-called “do-it-yourself” religion. Instead, we should return to God, the God of Jesus Christ, we must rediscover the message of the Gospel. [source]

Or is it your contention that he doesn’t know what the gospel is, either?

We must be careful not to fall prey to conciliatory syncretism which, in the end, is empty and a harbinger of a totalitarianism without values. … This invites us, first, to return to the fundamentals. [source]

He likes apologetics, too:

[In] professional, scientific and academic circles…[we should be] developing new approaches and arguments on the issue of credibility, a creative apologetics which would encourage greater openness to the Gospel on the part of all. (Evangelii Gaudium 132) [source]

[Confirmation] gives us a special strength of the Holy Spirit to spread and defend the faith… to confess the name of Christ boldly, and never to be ashamed of his Cross. [source]

[A] dialogue is not doing apologetics, although sometimes you must do so, when we are asked questions that require an explanation. [source]

You also seem to lack searching skills. You were looking for the pope’s teachings on how to be saved. This took me five seconds to find on Google: “Faith According to Pope Francis”.

I suppose the word “dispute” has the connotation of an argument. Thanks for the links, I really appreciate your effort!

I don’t suppose you can help with a link to Pope Francis preaching on what one must do to be saved (repent and convert/be baptised)? I find it hard to believe that the pope, after three years, would have neglected to call people to convert to Catholicism, especially with the global audience he has been given by the media. Let me know!

I already answered that. See the comment above yours. You need to learn to search and read on your own and not just read cynical reactionary sources. This is the problem with all the Francis-bashing.

I suspect you’re right about that! Thanks anyway. :-)

Sorry, one more thing–I know I’m terrible at searching through information myself, but as far as I can tell, that CWR link doesn’t actually quote Francis on what one must do to be saved. I assume you’ve read the article yourself? Please can you point out to me the section that quotes Francis on the necessity of repentance, baptism, conversion to Catholicism. I doubt that the pope would ever neglect to preach such foundational truths, but nothing less than an actual reference with quotes will satisfy my friend. I understand if you’re unable–I am too!

Your reading skills appear to be as challenged as your searching skills. Here is one passage that may possibly satisfy your requirements:

This kind of faith alone prepares us to proclaim the Good News courageously. “The most important thing is the initial proclamation,” says Francis. “‘Jesus Christ has saved you!’” Individual points of doctrine are important, but the Church’s moral edifice risks “crumbling like a house of cards” if it is not balanced and contextualized within the basic message of salvation, forgiveness, and repentance. “The Gospel proposal must be simpler, deeper, and more radiant. Moral behavior will flow from this proposal.”

Again, I suppose you could actually believe that the pope is so stupid that he doesn’t even know what the gospel is: let alone proclaim it. People manage to believe any number of ridiculous things: why not that, too?

Hmmm, I thought that’s what you were referring to. I think my friend is looking for an actual “Gospel proposal” calling people to repent and convert, not a theoretical comment on the context in which the Gospel proposal ought to be made. But I guess this is as much as we seem to have. Thanks for attempting to help. I’ll keep looking (as challenged as I am!).

What have I said against Francis by the way? I’m simply looking for a homily in which he exhorts conversion to Catholicism as a matter of salvation (as opposed to theoretical comment made about evangelisation in a private interview). It seems that you can’t help me though. :-)

How’ve I bashed the Pope? Please show me my words so that I can take them back.

Meta Description: Now the amazing charge is that Pope Francis supposedly never proclaims the gospel. Anything goes, I guess. 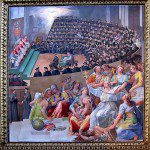 April 29, 2016
Did the Council of Trent Anathematize All Protestants?
Next Post 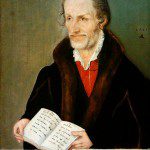