Should Catholics Try to Persuade Protestants to Convert? 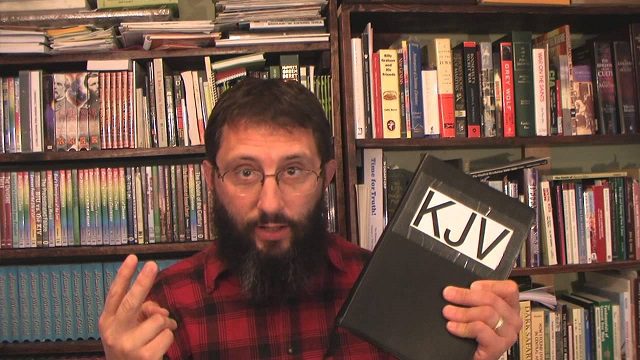 In one of the Facebook groups I am in, a person said that we have no business trying to “change” Protestants, that we are unable to do so anyway by our own “power”, and that “info” doesn’t convert anyone. This is how I replied:

Of course the Holy Spirit ultimately changes anyone who is changed. Any apologist who doesn’t know that ought to give up apologetics immediately.

At the same time, it doesn’t follow that we don’t share the fullness of the faith with non-Catholics, in terms that they can understand (as Vatican II and many papal encyclicals stress). We are to “stand ready to make a defense” (1 Peter 3:15) and “contend earnestly for the faith” (Jude). Paul argued and reasoned at great length with Jews and Gentiles.

I’m thankful that my Catholic friends back in 1989-1990 didn’t take your view, and decided to share the fullness with me, despite my initial vigorous resistance. Otherwise, I would still be an evangelical, and there would have been 48 fewer Catholic books and 1500 less Catholic articles like this one out there, sharing what I have been blessed to learn these past 25 years, by the grace of God.

As we used to say as Protestants, an apologist / evangelist is just “one beggar sharing with other beggars where to find bread,” or “better bread” (so to speak). Everyone who finds something they think is of great worth tries to share it with others, including persuasion (hopefully gentle and charitable). It’s like the “pearl of great price” in the Bible.

Dave Scott:  I’m very happy for my Roman Catholic friends to share their faith with me. My greatest hope is that we can show/be Christ/Christ-like to/for each other. What I like about Dave is that he is challenging, in a good way, and makes me think about things I hadn’t considered before. Bless all of you who put your trust in Christ.

I appreciate that, Dave, and I admire your zeal and commitment to your view as well. You have the guts to keep coming back here, knowing my readers are overwhelmingly Catholic. Catholics and Protestants have much in common, and what we don’t have in common we can discuss amiably as brothers in Christ.

That’s how it should be. It so often isn’t, but 90% of the time it isn’t is because there is either an anti-Catholic who doesn’t think Catholics are Christians at all, or a radical Catholic reactionary who has stupid and highly uncharitable views about Protestants that don’t come from the Church.

I think we can learn a lot from Protestants as individual examples of discipleship and in particular areas (stuff like Bible study, exegesis of individual passages, prayer meetings, evangelism, etc.). Hence I continue to learn much from my esteemed Protestant brethren, as I always have.

I have the greatest admiration and respect for my past evangelical teachers and friends (some are friends to this day), as I have written about several times. [links: one / two]

But we believe that y’all don’t have the fullness of the faith, because that is a particular deposit passed down and able to be traced through history.

Not taken personally at all Dave. I view Protestantism as a reductio, poorer in many ways … possibly maybe less attractions but maybe also less distractions. What matters is seeking, finding, knowing Jesus Christ & ‘Abba’ & Holy Spirit …

I used to think Protestantism was the “ship” of Christianity with all those crusty “barnacles” (false traditions of men) scraped off . . . :-) Now I see it more as a ship without a rudder, that has broken up into a thousand pieces: at least regarding the things we think you guys get wrong . . .

For me, Protestantism has plenty [of] barnacles. Rudderless if its prevailing spirit is self-justification … but any ‘ism’ is prone to the yeast of the Pharisees, in my humble opinion.

Patti Sheffield:  Yes, the devil is responsible for the divisions in the Body of Christ. That does not mean that we can’t address errors that others hold to, only that it must be done with love. However, it must be done. Our Lord Jesus prayed that all be one in Him, and all the divisions are wounds in the Body of Christ that need to be closed. As Pope St. John Paul II told a group of clergy: Those who are in invincible ignorance may yet be saved. Those who leave them there will not be.

Meta Description: Catholics believe that we have the fullness of faith to share with non-Catholic Christians, not out of felt superiority, but in love. 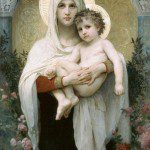 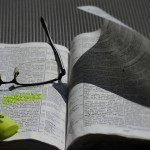