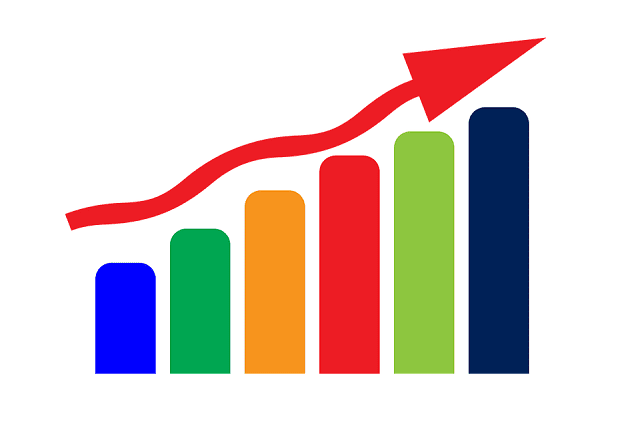 Wow…you are voting for Trump, Dave? Such a wide variety of opinion. You are proactively voting Trump while many Catholics are voting 3rd party. Mark Shea basically considers Trump the worst ever as does Steven D. Greydanus.

Of course. I vote for the GOP, above all else because it is pro-life. Jeb (!!!!!) Bush, Graham, Cruz, Fiorina and others all pledged at the debates to support the GOP candidate. I guess that’s how good they are for their word (which is one of Trump’s points: politicians “say one thing and do another”). Yep. Christie, Carson, Huckabee, Perry, Rubio, and Jindal were true to their word.

If Satan himself won the GOP nomination, would you still vote for him because of party allegiance?

No: because Satan ain’t pro-life. The babies are more important than anything else.

Well, I admire and respect your difference of opinion, Dave.

My allegiances are, in order: 1) my Lord Jesus Christ, 2) The Catholic Church, set up by Jesus, 3) [politically] the pro-life issue. The GOP just happens to be the party that has had a pro-life platform since 1980 (not sure if it did in 1976 or not). Thus, it is a means to an end with regard to the paramount life issue.

It’s a huge problem that Catholics don’t vote GOP. That’s what gave us eight years of Obama Paradise and Utopia (Catholic majority vote both times). Now lots of folks are working as hard as they can to give us a Billary presidency.

Reagan was hated every bit as much as Trump is: if not more. I remember. I was there.

This appears to be untrue, at least in a measurable way. [link to news article and a second related one]

If we are comparing Trump’s unpopularity to Reagan’s in 1980, this poll [first link] can’t help, because you said it goes back “32 years”, which takes it back to 1984. Of course, Reagan was relatively popular then, whereas we need to go back to 1980 when Reagan first ran, and was 15-20 points behind at this stage of the campaign.

I simply vote for the candidate that most aligns with my views. If that’s not a GOP candidate, so be it. And I don’t think Trump is pro-life and I think electing him will hurt the pro-life cause, but that’s just speculation and no way to prove/disprove with certainty.

Lest we forget how Reagan was regarded . . . [link to news article providing many quotes from liberals about Reagan]

Billary  favors partial-birth infanticide and no restrictions whatever. Trump’s stated position is identical to that of both Bushes, Dole, McCain, and Romney (and I believe, also Reagan). Elder Bush, Romney, and Reagan (like Trump) were all pro-choice prior to being President.

[to Brent] And Billary Clinton will help the pro-life cause?

Indirectly. Similar to how Obama has increased gun ownership, though he is pro-gun control.

Pro-life is the paramount issue. Fortunately, I don’t have to choose a hateful / bigoted pro-lifer over a cheerful, wonderfully nice pro-abort childkiller (as if those things can co-exist).

I reject the premise. Liberals claim every election cycle that all GOP candidates are bigots, sexist, and now homophobes, too. What else is new? Yawn (-_-) ZZZZzzzzzzz …………………..

We’re in a culture that isn’t taught to enter into objective political and cultural analysis. It’s all slogans and sound bites and spin and party play books. Theological discussion is largely the same, too, wherever there are heartfelt differences. It’s my constant occupational hazard (and immense frustration). Once in a while, true dialogue occurs, but it’s about as rare as a needle in a haystack anymore.

Hey, here’s another source, based on Gallup data [link], that goes back to 1980 (though strangely only lists Reagan’s info for 1984; still, clearly Trump is an extreme outlier and Reagan’s 1980 data couldn’t be that different from his 1984 data). Is this source acceptable?

The 538 article shows me that this aspect is a wash, since it states: “Clinton and Trump are both more strongly disliked than any nominee at this point in the past 10 presidential cycles.” We haven’t even seen the results of the FBI investigation and what it’ll do to Billary’s ratings.

Of course that is assuming that Democrats would even be concerned about running a reputedly felonious candidate. Seeing that they love Bill Clinton (convicted of perjury and lost his law license), that is not at all a foregone conclusion. But perhaps a few Democrats still care about the rule of law.

The national campaign has scarcely begun, so it is virtually irrelevant to note that he is hugely unpopular right now. Of course he is. He’s been hit with multi-million dollars’ worth of innumerable negative ads, mostly from his GOP rivals, who crap all over Reagan’s 11th commandment and don’t even keep to their supposed “word” regarding supporting whomever the GOP nominee is.

Once he starts fighting back and spends more than one-20th or so of what his opponents are spending on ads, then we’ll see how the poll numbers change, as they obviously did with Reagan in 1980.

Nevertheless, when I look at this chart [link], even though it doesn’t tell us where Reagan’s strongly unfavorability ratings where in 1980, there’s just no way that they were over 50% like Trump’s today, but that four years later they plummeted to 20%.

Apples to apples comparisons are a wash?

If they are both hugely unpopular, and we haven’t even seen the FBI results, and Sanders is still there dividing the Democrats, why is is unreasonable to argue that this aspect is a wash?

Someone made the point that the way things are going and the government as a whole is even MORE unpopular. Hence, Real Clear Politics polling:

Since Trump opposes this status quo and Billary represents it, it is advantage Trump.

The poll isn’t telling us who is going to win. It’s telling us about strongly unpopular ratings at T minus X weeks from election night. All these numbers (including the numbers of past candidates) will presumably change as X gets closer to the election. In a month, we can compare them all again and see how they look then. This is how they look now. It’s not a perfect metric, but the fact that only Trump has ever broken the 50% strong disapproval threshold at this point in the campaign is pretty striking anyway.

I don’t think so. No one has ever been hit with the avalanche of hit piece ads and ferocious internal GOP opposition, like he has. We’re so damned stupid in the GOP that we think trashing our own nominee over and over, with anything, whether true or not, will help our prospects of winning in November.

But the people see through it: that’s the good news. Trump said he is anti-establishment, and the proof is in how the establishment is now reacting: Chicken Little apocalypticism. That gives him all the more credibility, whereas folks like Jeb Bush, Sen. Graham, Sen. Cruz, would-be VP (for a week) Fiorina, are all shown to be liars (the pledge they took) and disloyal to their own party.

All of this explains why I am not all that concerned with Trump’s high negatives, though obviously one would hope they weren’t as high as they are. I think they will come down, and Hillary’s will go up, and that in the end it’ll either be a wash or advantage Trump.

Meta Description: Discussion of Donald Trump’s “historic” high negative poll numbers & whether they can change, & whether he can win with them. 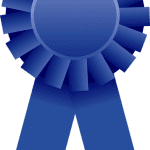 May 10, 2016
Merit: Clarification of the Catholic Doctrine
Next Post 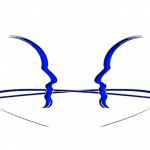