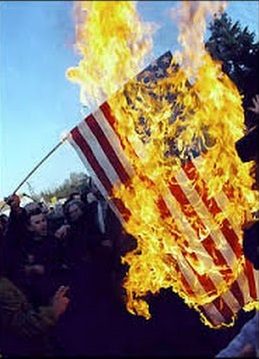 This occurred in the combox of my post, 16 Atheists / Agnostics & Me (At a Meeting). The words of Houndentenor will be in blue.

I’m an atheist. I really don’t care what other people believe except when it starts affecting me. Because I am an American and religion is injected into our politics, other people’s beliefs affect me on a daily basis. If I lived in a more secular country, I probably wouldn’t have religion on my radar at all. It would just be another thing that happens that I’m not interested in like stamp collecting or TV shows that I don’t watch. But that’s not the case.

Yes, of course your beliefs inform how you view the world. But it is a problem when people want to enforce those views on everyone else through laws. Where I live we have to fight every year to keep evolution in the biology curriculum of the public schools. That’s what I mean by pushing religion on others. That’s a problem and people have no choice but to object to the state pushing religion onto everyone.

I’m not sure what you mean by a fair hearing. I often get a sense that I’m expected to hear the same apologetic arguments I’ve already heard and rejected yet one more time because people somehow think I owe them my time and attention. I don’t. Nor do they owe me theirs. Did you really give every religion and sub-sect of every one of those religions a fair hearing? How on earth could you in one lifetime. There are literally thousands of them. I do respect your right to believe what you do. I don’t respect religious people who want to enshrine their beliefs into laws the restrict my rights, however, and that is a constant problem. If you don’t do that, you at least have seen what I’m talking about.

But it is a problem when people want to enforce those views on everyone else through laws.

Indeed it is. We are in a world now where we Christians must accept the fact that a man can “marry” a man and a woman, a woman, and if we dare say we don’t believe this to be the case, we are immediately branded bigots and haters and intolerant.

So that is a classic case of folks being forced to accept someone else’s religion and losing their right to believe something different, minus the ridiculous accusations of malice.

Now we are forced to accept the proposition that biological gender is completely fluid and has nothing to do with genetics, so that a man who feels that he is a woman can walk into a woman’s locker room.

We object to that forced imposition of one view of reality, over against the traditional Christian view. We’re forced to accept that. But you’re not forced to go to Church or believe in God, are you?

A third example is every baby who is legally killed in his or her mother’s womb. They didn’t ask to come into existence. Now that they are here, the mother’s so-called “right” all of a sudden intrudes into their existence, to the tune of their arms and legs and head being torn off, or their being scalded to death before being murdered.

All kinds of restrictions of rights, there . . .

Nice use of sarcasm quotes around marry. You don’t have to like that gay people can now marry. But we do have that right. And I can think you are a bigot. You think you have the right to tell me what I can think too? You have a right to disapprove, of course. You just don’t have a right for me to care what you think.

What’s interesting about all this is that you have thrown in your lot with the religious right and I can tell you as a former Southern Baptist that they don’t think any more of Catholics than they do of gay people. So remember that while they’re courting your vote. If they got their way and put us “in our place” you might well be next. Or have you forgotten the history of how Catholics were the target of discrimination and even violence in many parts of the country?

And I can think you refuse to debate that which you yourself threw out, and that you descend immediately to charges of bigotry against anyone who disagrees with you and dares to dissent against the corruption of the traditional meaning of marriage.

Of course you can think I’m a bigot. I in turn will think you “argue” in an irrational manner, because that conclusion doesn’t necessarily follow at all from what I wrote. I simply have a different definition of marriage than you do.

And I have the right to ban you for violation of my rules in my own venue (insulting others by calling them bigots), which I will now do. Bye. 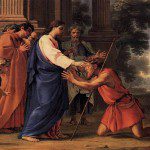 June 9, 2016 Personal Tribute to Fr. John A. Hardon, S. J.
Recent Comments
0 | Leave a Comment
Browse Our Archives
get the latest from
Biblical Evidence for Catholicism
Sign up for our newsletter
POPULAR AT PATHEOS Catholic
1