Patheos Explore the world's faith through different perspectives on religion and spirituality! Patheos has the views of the prevalent religions and spiritualities of the world.
Smashing the Tablets and the Rock at Meribah 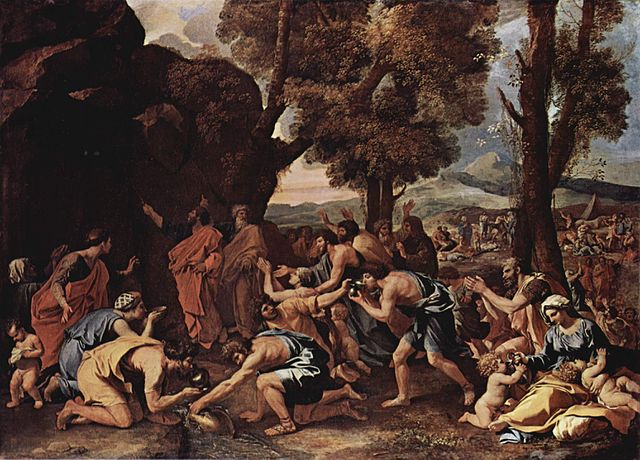 This is a follow-up, in a way, to my paper, Did Moses (& God) Sin by Judging the Midianites?

I dealt in the above paper with the notion that Moses was often merely giving his own opinion in Scripture, and acting sinfully. I showed, I think, how this was not the case in the incident with the Midianites in Numbers 31. Another opinion some hold is that Moses sinned when he smashed the tablets of the Ten Commandments. I don’t think this is the case, either.

My concern is that we should have a compelling reason to conclude such a thing: pretty much, it ought to be in the text itself (or in some authoritative proclamation by the Church, which is rare, in terms of individual Scriptures) because we’re dealing with a prophet, and writer of inspired Scripture.

I could be wrong on this, and am happy to be corrected if I am, but I believe there is no indication in the biblical text that would lead one to believe that Moses sinned when he smashed the tablets (Exodus 32:19). Again, he was merely reflecting God’s wrath. In context, God was expressing wrath against the Israelites (Ex 32:7-10). Moses interceded for his people (Ex 32:11-14). God can’t change His mind (being immutable and omniscient and outside of time). When it says He “repented” (Ex 32:14), that is an anthropomorphism (expressing Himself non-literally in terms that men can understand).

But anyway, the people had greatly sinned. God could very well have destroyed them, and it would have been perfectly just (as it was, “about 3000 men” were killed in judgment: Ex 32:28). So when “Moses’ anger burned hot” (Ex 32:19) it was a reflection of God’s anger (i.e., a righteous indignation: the same sort that Jesus displayed when he overturned the tables of the moneychangers at the Temple and made a whip of cords). I see no indication in the text that he did anything wrong (though it is not theoretically impossible, since the text is silent as to the status of this act). Moses is, shortly afterwards in the text, described as having atoned and interceded for his people once again, in a profound way (Ex 32:30-33).

Where we do see that Moses sinned, without doubt, is in the incident where he struck the rock, against God’s command:

Numbers 20:1-13 And the people of Israel, the whole congregation, came into the wilderness of Zin in the first month, and the people stayed in Kadesh; and Miriam died there, and was buried there. Now there was no water for the congregation; and they assembled themselves together against Moses and against Aaron. And the people contended with Moses, and said, “Would that we had died when our brethren died before the LORD! Why have you brought the assembly of the LORD into this wilderness, that we should die here, both we and our cattle? And why have you made us come up out of Egypt, to bring us to this evil place? It is no place for grain, or figs, or vines, or pomegranates; and there is no water to drink.” Then Moses and Aaron went from the presence of the assembly to the door of the tent of meeting, and fell on their faces. And the glory of the LORD appeared to them, and the LORD said to Moses, “Take the rod, and assemble the congregation, you and Aaron your brother, and tell the rock before their eyes to yield its water; so you shall bring water out of the rock for them; so you shall give drink to the congregation and their cattle.” And Moses took the rod from before the LORD, as he commanded him. And Moses and Aaron gathered the assembly together before the rock, and he said to them, “Hear now, you rebels; shall we bring forth water for you out of this rock?” And Moses lifted up his hand and struck the rock with his rod twice; and water came forth abundantly, and the congregation drank, and their cattle. And the LORD said to Moses and Aaron, “Because you did not believe in me, to sanctify me in the eyes of the people of Israel, therefore you shall not bring this assembly into the land which I have given them.” These are the waters of Mer’ibah, where the people of Israel contended with the LORD, and he showed himself holy among them.

Moses was instructed to “tell” the rock to yield water (20:8) but instead he lost his temper and he said “shall we bring forth water for you out of this rock?” (20:10): as if it were his power and not God’s (and as if the rebellion at bottom was against him and not God), and struck the rock twice, in disobedience (20:11). Because of this, he wasn’t allowed to enter the Promised Land:

Numbers 27:12-14 The LORD said to Moses, “Go up into this mountain of Ab’arim, and see the land which I have given to the people of Israel. And when you have seen it, you also shall be gathered to your people, as your brother Aaron was gathered, because you rebelled against my word in the wilderness of Zin during the strife of the congregation, to sanctify me at the waters before their eyes.” (These are the waters of Mer’ibah of Kadesh in the wilderness of Zin.)

Thus we see clear indications in the inspired text that Moses sinned in this instance, but nothing (that I’m aware of) indicating that he did by throwing the tablets in righteous indignation. That being the case, I think we must give the prophet the benefit of the doubt, that he didn’t sin by throwing and smashing the tablets.

I found a sermon by a Reformed pastor, Rev. Adrian Dieleman, that made the distinction between righteous and unrighteous anger, and noted this incident as an example of the former:

We also see righteous anger and indignation in Jesus. One day Jesus went into the synagogue and a man with a shriveled hand was there. Some of the Pharisees were looking for a reason to accuse Jesus, so they watched Him closely to see if He would heal the crippled man on the Sabbath. Scripture tells us that Jesus was angry and deeply distressed at their stubborn, loveless hearts (Mk 3:1-6). Or, who can forget the time Jesus chased the money changers and cattle dealers out of the temple? Jesus was filled with a righteous wrath and indignation that the Temple of God was turned into a market (Jn 2:12-25). Christ was angry, but His anger never led to sin, because His emotions were always kept under perfect control.

God’s servant Moses was also filled with a righteous wrath and indignation. Remember the time he came down the mountain with the two tables of the Law? As he approached the camp of Israel he saw the golden calf and dancing. Moses was angry that the children of Israel sinned against God by making and worshiping an idol. In his anger, Moses threw the tablets to the ground and destroyed the calf (Ex 32:19-20). 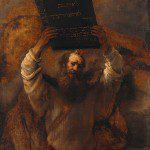 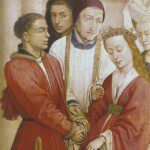 September 14, 2016 Divorce: Early Church Teaching
Recent Comments
0 | Leave a Comment
"I Totally agree Calvinists are a minority. Their trick is they infiltrate every avenue to ..."
James Calvinism: Tiny Minority Historically & Demographically
"As I wrote in the paper:In several other instances, men are also bowed down to ..."
Dave Armstrong Bible on the Veneration of Angels ..."
"Angels are royal princes so of course they are worthy of veneration and bowing down ..."
Zoe Bible on the Veneration of Angels ..."
"Yes, because it's two different positions. Infallibility is a protection from error when one is ..."
Dave Armstrong Reply to Lucas Banzoli: 2 Tim ..."
Browse Our Archives
Related posts from Biblical Evidence for Catholicism