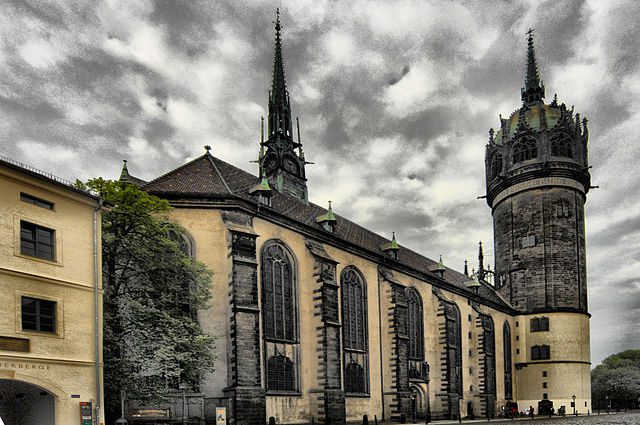 . . . [Martin Luther] believed in the Real Presence, although he denied transubstantiation and rejected the Sacrifice of the Mass. Luther (according to his nominalistic, anti-Scholastic leanings) didn’t want to speculate about metaphysics and how the bread and wine became the Body and Blood of Christ. He simply believed in the miracles of the literal presence of Jesus’ Body and Blood “alongside” the bread and wine (consubstantiation). In this respect, his position was similar to the Eastern Orthodox one.

It is enough for me that Christ’s blood is present; let it be with the wine as God wills. Before I would drink mere wine with the Enthusiasts, I would rather have pure blood with the Pope. (Early 1520s; in Althaus, 376; LW, 37, 317)

The glory of our God is precisely that for our sakes he comes down to the very depths, into human flesh, into the bread, into our mouth, our heart, our body. (in Althaus, 398; LW, 37, 71 ff.)

Protestantism’s founders vary in their interpretation of this verse and in their Eucharistic theology. John Calvin’s “mystical” view of the Eucharist is complex and not quickly summarized or refuted. Ulrich Zwingli (the Protestant “Reformer” of Zurich) held to a symbolic view, on the other hand, which seems to have prevailed among many evangelical Protestants today. We shall concentrate on the exegetical and logical weakness of Zwingli’s arguments in this chapter. He wrote about this passage:

Yet Martin Luther refutes this line of thinking, using the very same scriptures:

[T]his word of Luke and Paul is clearer than sunlight and more overpowering than thunder. First, no one can deny that he speaks of the cup, since he says, “This is the cup.” Secondly, he calls it the cup of the new testament. This is overwhelming, for it could not be a new testament by means and on account of wine alone. (Against the Heavenly Prophets in the Matter of Images and Sacraments, 1525; LW, 40, 217)

In that same work, Luther makes a fascinating argument that a purely symbolic Eucharist turns the sacrament into a futile work of man rather than a grace and blessing from God:

He thinks one does not see that out of the word of Christ he makes a pure commandment and law which accomplishes nothing more than to tell and bid us to remember and acknowledge him. Furthermore, he makes this acknowledgment nothing else than a work that we do, while we receive nothing else than bread and wine. (Against the Heavenly Prophets in the Matter of Images and Sacraments, 1525; LW, 40, 206)

Martin Luther rebukes the symbolic view of the Eucharist, held by most evangelicals today:

[S]ince we are confronted by God’s words, “This is my body” – distinct, clear, common, definite words, which certainly are no trope, either in Scripture or in any language – we must embrace them with faith . . . not as hairsplitting sophistry dictates but as God says them for us, we must repeat these words after him and hold to them. (Confession Concerning Christ’s Supper, 1528; in Althaus, 390)

Zwingli offers us an example of early Protestant “symbolist” reasoning:

. . . with his own words Christ teaches us that everything which he says concerning the eating of flesh or bread has to be understood in terms of believing . . . . this passage tells us that the carnal eating of Christ’s flesh and blood profiteth nothing, and you have introduced such a carnal eating into the sacrament . . . (On the Lord’s Supper, 1526; in Bromiley, 206-207, 210-211)

Martin Luther, however, expounded the text otherwise. Preaching on John 6, he stated:

All right! There we have it! This is clear, plain, and unconcealed: “I am speaking of My flesh and blood.”

. . . There we have the flat statement which cannot be interpreted in any other way than that there is no life, but death alone, apart from His flesh and blood if these are neglected or despised. How is it possible to distort this text? . . . You must note these words and this text with the utmost diligence . . . It can neither speciously be interpreted nor avoided and evaded. (Sermons on the Gospel of St. John: Chapters 6-8, 1532; LW, 23, 133-135)

This verse again allows us to observe in a nutshell, traditional Protestant controversies in their own ranks. Catholics interpret it in a literal way, but Protestants differ amongst themselves. Zwingli special pleads in his interpretation of the passage:

[W]hen you offer thanks with the cup and the bread, eating and drinking together, you signify thereby that you are one body and one bread, namely, the body which is the Church of Christ, . . . (On the Lord’s Supper, 1526; in Bromiley, 237)

But Martin Luther again ably refutes this specious interpretation, and offers us a unique insight into a Protestant exegete who had every motivation to disagree with the Catholic Church’s interpretation, but in the end was forced by the text to accept its straightforward meaning:

I confess that if Karlstadt, or anyone else, could have convinced me five years ago that only bread and wine were in the sacrament he would have done me a great service. At that time I suffered such severe conflicts and inner strife and torment that I would gladly have been delivered from them. I realized that at this point I could best resist the papacy . . . But I am a captive and cannot free myself. The text is too powerfully present, and will not allow itself to be torn from its meaning by mere verbiage. (Letter to the Christians at Strassburg in Opposition to the Fanatic Spirit, 1524; LW, 68)

For Luther, the passage is quite compelling:

Even if we had no other passage than this we could sufficiently strengthen all consciences and sufficiently overcome all adversaries . . . 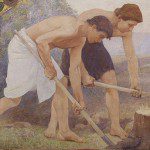 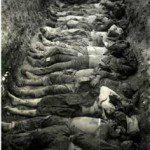 October 6, 2016 Abortion as a Deal-Breaker & Ethical Voting
Recent Comments
0 | Leave a Comment
Browse Our Archives
get the latest from
Biblical Evidence for Catholicism
Sign up for our newsletter
POPULAR AT PATHEOS Catholic
1