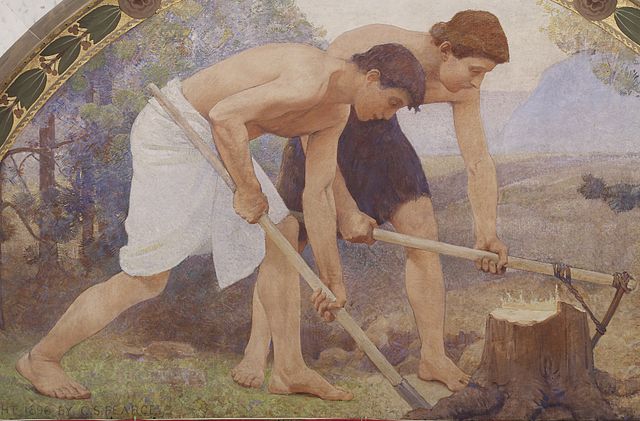 1 Timothy 5:18 (RSV): “for the scripture says, ‘You shall not muzzle an ox when it is treading out the grain,’ and, ‘The laborer deserves his wages.'” Detail from Labor mural in lunette from the Family and Education series by Charles Sprague Pearce (1851-1914) [public domain / Wikimedia Commons]

[Note from 10-4-16: this was written six months after Catholic muckraker Michael Voris had attacked what he considered the excessive salaries and supposed compromises of principle of workers at Catholic Answers (link one / link two). I had vigorously defended my good friends and colleagues at Catholic Answers: even at an in-person meeting with Voris]

[sarcasm alert for the first paragraph]

Seems like we apologists can’t win. We’re either motivated by filthy lucre (those of us who have been blessed with relatively more money, and there are many of those), or (my group) we’re supposedly negligent of our families, with starving kids wailing for bread and wives begging us to stop and go get a real job, as we narcissistically / obsessively type away and do our thing.

I think there is a legitimate discussion to be had of “how much is too much?” (though it would be very complicated). In any event, I’ll never be accused of doing what I do primarily for filthy lucre. I’m more likely to get the “you force your family against their will to go along with you and live in rags” lie.

Invariably, those who have actually accused me of this garbage don’t know one blasted thing about my family. They preferred to ignorantly speculate in public about something they don’t know one whit about. Better to slander without thinking or investigating at all.

And it’s the same about “exposing” people’s salaries (considered large) and making all sorts of ridiculous, unsubstantiated claims about that. Many salaries I may hear about (including those of fellow apologists) may seem to be “a lot” to me, but then I make a very meager income, so to me it seems relatively like all the money in the world. I’ve chosen to live “simply” for the sake of my work and the priorities and goals I have set for my own life. It’s not an absolute.

I’ve made a choice (with 110% support of my wife!) and am quite happy with it, but obviously that doesn’t apply to everyone because people play different roles and live different lives. The priest follows the evangelical counsels. I’ve made choices (in seeking to live out my vocation) that go beyond the norm in American life, too, so some folks don’t get that and want to despise me, just as they want to look down on other apologists for being more well-to-do. We pay all our bills, have good credit, no debts but a mortgage, and don’t use credit cards. And I have four children. The self-chosen “simple life” is entirely possible and do-able. But one has to want to do it and understand why it is good and worthwhile in its proper context (in this case, Christian ministry: the work of an apologist and evangelist).

On the other hand, no one cares that all sorts of executives and other business owners, etc. make all kinds of money. For some reason it only becomes an issue when people involved in apostolates or ministries make good money. There are a lot of double standards in play there.

If someone establishes a good donut shop, no one gives it a second thought. They would think he’s a great hero for providing something that the public wants at a good cost. He deserves everything he gets, because he “worked so hard,” etc. But if someone dares to be financially successful in the Christian world, it’s so often automatically thought of as greedy, suspect, and compromised.

This is simply not the case. So yeah, to me many salaries are “a lot of money” (figures I could never even dream of attaining, even if I wanted to, and I don’t), but I’m saying that there are double standards and unfair accusations and a lot we don’t know about how the “poor” person lives his or her life and what the “rich” person does with his or her money. Best not to judge that and to examine ourselves and our own sins and beams in our eye rather than the speck in the other guy’s eye (that usually we’re not fully informed about in the first place).

Artists and musicians often hear these same criticisms [that relatively “poor” apologists hear] and have to fight and struggle and justify doing that work. It’s very tough. Yet if someone has that gift from God and wants to make their living at it, they have to somehow persevere and make a way. I would always encourage them to do so if they have a shot.

I’ve often sadly pondered poor composers who were some of the greatest musical geniuses: particularly Mozart and Schubert. Many consider Mozart the greatest composer of all time. Yet he could barely pay his bills, was looked down upon by his father and sister, and died at 35: buried in a pauper’s grave.

Schubert is considered perhaps the greatest composer of melodies and songs ever. He was scarcely known to the public during his lifetime, even in Vienna, the capital of music. He died at age 31. He probably would have been more known and celebrated, had he lived. But he lived for his art, and who could fault him for doing that? Would the world want Schubert and Mozart to have a “day job” completely unrelated to music and to have an hour or two at night to scribble off a song or a sonata?

The common ground between that and ministry is that, at bottom, the products we put out are often not considered to have much worth. The demand is low. And so it is considered by innumerable critics to have less value, and those who produce it to be “lazy” and nonproductive.

Meta Description: Catholic apologists’ income is (oddly) scrutinized much more than those in other fields. We’re blasted whether we make a lot or a little. 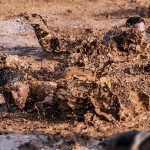 October 4, 2016
Why I am Fed Up With Internet Discussion
Next Post 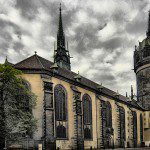 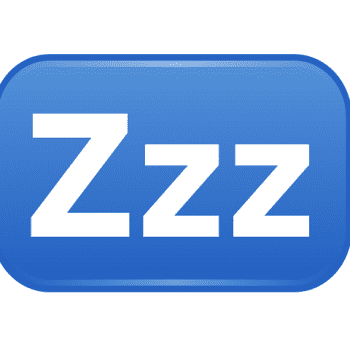