Why Transubstantiation Isn’t Idolatry At All

Why Transubstantiation Isn’t Idolatry At All December 16, 2016 Dave Armstrong 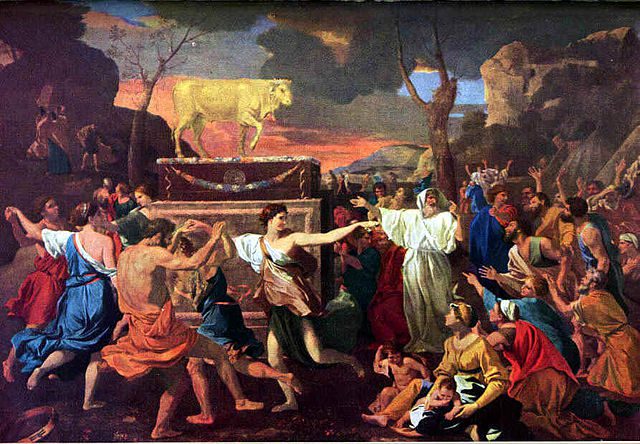 An anti-Catholic Protestant evangelical stated in a list I was on:

The charge of idolatry is absolutely wrongheaded. To be an idolater is fundamentally to put something in place of God. An animist who is truly worshiping a statue of wood or stone or amulet as God in and of itself (i.e., over against the true, one Creator God) is a true idolater. The Catholic (or Lutheran, or Anglican, or Orthodox, broadly speaking) is doing no such thing, for they believe that the one true Creator God is really, truly, substantially present under the appearances of bread and wine.

Thus, they are consciously worshiping the eternal God, as far as they are concerned, not a piece of bread (this is especially true for Catholics, who maintain that the bread and wine are no longer even there, but only the appearance or “accidents”). Nor is the Lutheran worshiping the bread and wine which he still believes is present after consecration, but God, who is now present “in, with, and under” the elements of bread and wine (consubstantiation). Now, one may wish to quibble with the belief in the Real Presence and/or transubstantiation (a development of same), but it is a very incoherent argument to claim that one is committing idolatry when in fact they are consciously worshiping God Himself in the consecrated Host (as we believe). That is the very opposite of idolatry.

I maintain that one of the impulses against the Real Presence in Protestant theology and presuppositions, is a Docetic and/or Nestorian (even sometimes quasi-Gnostic) tendency, which frowns upon matter as a conveyor of grace, and denigrates the consequent sacramentalism, which flows from that notion. Trouble is, this (logically speaking) affects one’s views of the incarnation (and by extension, Christ’s atonement) as well. How is it that God could take on flesh and become a Man, but couldn’t possibly become truly present in a miracle which transforms the essence of bread and wine? The Jews and Unitarians regard the incarnation as every bit as unthinkable as many evangelicals regard the Real Presence. But neither scenario is any more philosophically implausible or impossible than the other.

So — in my opinion — there is no a priori objection to such a possibility that holds any water, nor is it idolatry, as so many Protestants cavalierly assume, and once all the relevant scriptural data and extremely strong patristic evidence is also brought into consideration, it is not only not impossible, but prima facie plausible and likely. But belief in the Real Presence will still assuredly require much faith, as it did for the hearers of our Lord’s discourse in John 6, the only instance we have in the Bible (I’m pretty sure) of believers forsaking Jesus for doctrinal reasons. 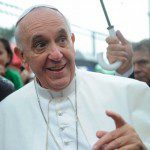 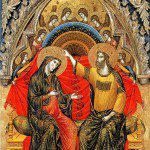 December 20, 2016 Mary Mediatrix vs. Jesus Christ the Sole Mediator?
Recent Comments
0 | Leave a Comment
"Again, as to the date of Jesus' death, I can't do everything in one paper. ..."
Dave Armstrong Refuting 59 of Michael Alter’s Resurrection ..."
"It's only a false equivalence for you because you have unscientifically and immorally and irrationally ..."
Dave Armstrong Problem of Good: More Difficult than ..."
"Response to Dave Armstrong’s ReplyHello Dave:First, I apologize to you and your readers for this ..."
Michael Alter Refuting 59 of Michael Alter’s Resurrection ..."
"But abortion is fine and dandy, huh? Yeah, child sacrifice has always been around, too. ..."
Dave Armstrong Problem of Good: More Difficult than ..."
Browse Our Archives
get the latest from
Biblical Evidence for Catholicism
Sign up for our newsletter
POPULAR AT PATHEOS Catholic
1