The Stupidity and Idiocy of the Devil (Dialogue)

The Stupidity and Idiocy of the Devil (Dialogue) January 25, 2017 Dave Armstrong 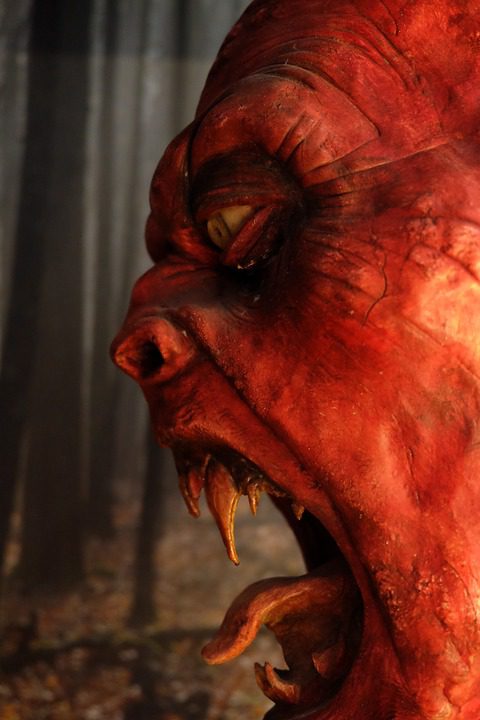 The following is an exchange I had with a Baptist friend (2-23-97; his words are in blue), followed by a clarification for some Catholic friends (4-10-97)

Satan thought he could entice Jesus to sin and diversion from His ministry. We give the devil too much credit. He is an idiot and simpleton as well as a “bad guy.”

No, no, you do not give the devil enough credit. There are many cases in the Bible of demons being driven out and knowing who Jesus was.

It didn’t take much to know that. I was referring to the inevitable failure of the devil’s schemes.

In Genesis it says that the serpent was the craftiest of all the creatures.

But that’s not including man, since Gen 3:1 says “more subtle than any beast of the field” (“wild animal” in NRSV). So, I say he’s stupid. How else could a creature be described who was present with God as His highest angel, yet chose to give that up and rebel? I can think of nothing dumber and more ridiculous myself. The devil is more pathetic than anything else. And I’m sure he appreciates my criticism of him right now. :-) He hates when people don’t cringe in fear before him (assuming they believe in him in the first place).

Also, I noticed once that you gave a quote from C. S. Lewis to support one statement or another.

Yes, seeing that he is my favorite writer.

I am sure that if Mr. Lewis were alive today he would disagree vehemently with you on this point.

I highly doubt it. Stay tuned.

Ever hear of a book he wrote called The Screwtape Letters? That entire book is about the craftiness of a couple of demons.

Yes, one of my all-time favorite books. But what makes you think craftiness is equal to wisdom and intelligence? Craftiness or cleverness is not at all incompatible with monumental stupidity. E.g., Stalin and Hitler possessed both qualities in abundance, as did, or do Presidents Johnson, Nixon, and Clinton, and Mikhail Gorbachev, among many others.

But getting back to Lewis: in 1942 – the same year he wrote Screwtape, he also wrote A Preface to Paradise Lost (on Milton’s 17th century epic poem on the devil and angels). In that work he wrote:

It is a mistake to demand that Satan . . . should be able to rant and posture through the whole universe without, sooner or later, awaking the comic spirit . . . At that precise point where Satan . . . meets something real, laughter must arise, just as steam must when water meets fire . . . and mere Christianity commits every Christian to believing that ‘the Devil is (in the long run) an ass’ . . . “What we see in Satan is the horrible co-existence of a subtle & incessant intellectual activity with an incapacity to understand anything. This doom he has brought upon himself; in order to avoid seeing one thing he has, almost voluntarily, incapacitated himself from seeing at all . . . He says ‘Evil be thou my good’ (which includes ‘Nonsense be thou my sense’) and his prayer is granted.

This sounds to me exactly like a “simpleton” and “fool.”

And don’t you think Satan plays a role in tempting men?

Of course. This is a non sequitur.

Don’t you think he knows your every weakness and strength?

No, because he is not omniscient, nor can he (or good angels) read our minds. God is omniscient. He can, it’s true, observe us and act accordingly to mess us up, just like evil men do.

Don’t you think that everyone would be a Christian by now if Satan were not alive and well and enacting intricate plans in the world today?

No, because we still have this hurdle called original sin. Nothing I’ve said denies that the devil does all his evil schemes and deeds. I just said he was stupid and an idiot. Everyone who is to end up in hell is that!

Before Lucifer was thrown out of heaven, he was one of the highest and most powerful angels there was.

You wouldn’t say Gabriel was a simpleton, would you? Satan is by no means stupid.

Gabriel didn’t rebel against God. I repeat: nothing is dumber than rebellion against God. The very definition of “fool” in the Bible is a person who either doesn’t believe in God, or who doesn’t follow Him as their master. I don’t care how high the devil’s IQ is! :-) What good is it, seeing where he is gonna end up? “Stupidity” as I use it includes a moral judgment. I’m not just using it to denote mere “lack of knowledge.” This is the biblical perspective on wisdom and knowledge, I think.

He knew Jesus could sin and wanted to try and entice Him to do so.

Absolutely not. He was too stupid and ignorant in his evil irrationality to know that his scheme was doomed to failure from the beginning. You again approach blasphemy. I strongly urge you to watch what you say about both Jesus and the devil.

Obviously he is not omniscient, and could not have know that by killing Jesus he would unleash hell against himself, so to speak, but he was indeed very aware that Jesus could sin if He wanted to.

Sheer rubbish. I think it wouldn’t take a rocket scientist to deduce that the penalty for continued rebellion against God was bound to be extremely severe. He already should have recognized that his estate was far less glorious than what he had in heaven with God. But evil is irrational by its very nature. People (and demons) who have lowered themselves want nothing more than to drag others down with them. Hence, the devil’s stupidity.

The multiple meanings which we attribute to “intelligence” and “stupidity” were precisely one of the things I was getting at (I love that kind of word play), and why I thought this would be good for discussion. I think our culture defines “intelligence” strictly in terms of IQ and number of big words mastered, and college degrees, to the neglect of moral, spiritual and prudential elements. In fact, I myself (knowing that) tend to define “intelligence” as simply the ability and mental capacity to analyze and think (without any element of “wisdom” entailed). I much prefer the terms “knowledge” (gnosis) and “wisdom” (sophia), as I think these are the more biblical (i.e., culturally Hebrew/Jewish) categories of classification.

The devil thinks but he doesn’t “understand.” He may be “smart” in terms of brain power, but he is a fool. His moral decisions have led to “nonsense.” The biblical definition of a “fool” is one who has rebelled against God, and who has a contempt for righteousness.

“I just said he was stupid and an idiot. Everyone who is to end up in hell is that!”

In other words, I was using “stupid” as synonymous with “foolish” or “ludicrous,” not with reference to mere intellectual capability.

“1. lacking normal intelligence or understanding; slow-witted; dull. 2. showing or resulting from a lack of normal intelligence; foolish; irrational; as, what a stupid idea. 3. dull and boring; tiresome; as, a very stupid party.”

Clearly I was using definition #2b. It’s interesting to me that the dictionary appears to be linking the two definitions together in #2 (“resulting from….”). I’m not sure. But “lacking understanding” is closer to definition #2b, in that it perhaps includes the notion of wisdom also. It defines “fool” as follows:

Again, I was clearly using the second definition (i.e., “fool” would be the synonym of my usage of “stupid”), which apparently should be the first!

The dictionary definition of “intelligence” was basically as I have defined it above.

I suppose I might want to make the broader point that our culture (being as secular as it now is) strongly tends to use the words “intelligent,” “fool,” and “stupidity” in terms of purely intellectual or mental capacity, whereas I maintain that the biblical (and hence Christian?) view would almost always define these terms (especially the latter two) with regard to righteousness and the following of God and His truth and Law (evident throughout Proverbs in particular). I think this contrast is perhaps best brought out in St. Paul’s exhortation to the Corinthians (1:18-31), who would have been enculturated to Greek thinking categories (which are not always so Jewish and/or Christian). The Bible explicitly links up wisdom and righteousness in passages such as Jas 3:17 and Prov 2:7, and knowledge and righteousness in, e.g., 1 Cor 13:2, Prov 1:7 and 30:2-3. A Concordance would yield up many more similar examples.

Furthermore, I think that the common disjunction (in mental categories) of wisdom and knowledge ( = intelligence?) with righteousness and the belief in, and following of God, largely results from the typically modernistic malady (after the pattern of the Greeks, classic Protestantism and the Enlightenment?) of excessive ompartmentalizing, separating, and the creation of unnecessary dichotomies of thought. I believe the Hebrew and biblical, early Christian, Thomistic, Scholastic and medieval worldview is a more integrated, unified one. And that is the framework in which I strive to live and think (often failing).

All of us are prone to these tendencies, since all people tend to conform to the intellectual climate and culture in which they live. It is a constant battle, as St. Paul warns:

Romans 12:2 (Phillips) Don’t let the world around you squeeze you into its own mould, but let God re-make you so that your whole attitude of mind is changed. Thus you will prove in practice that the will of God’s good, acceptable to him and perfect. 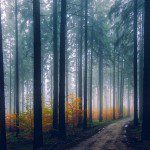 January 25, 2017
Has Limbo Been Relegated to Limbo?
Next Post 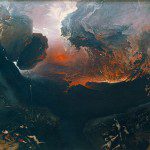 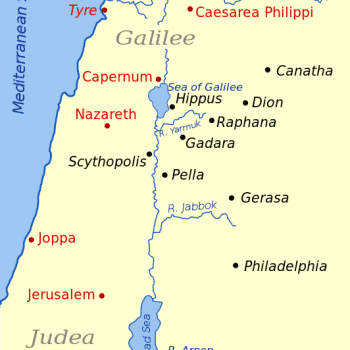