Reply to “Left-Wing” and “New” Pro-Lifers 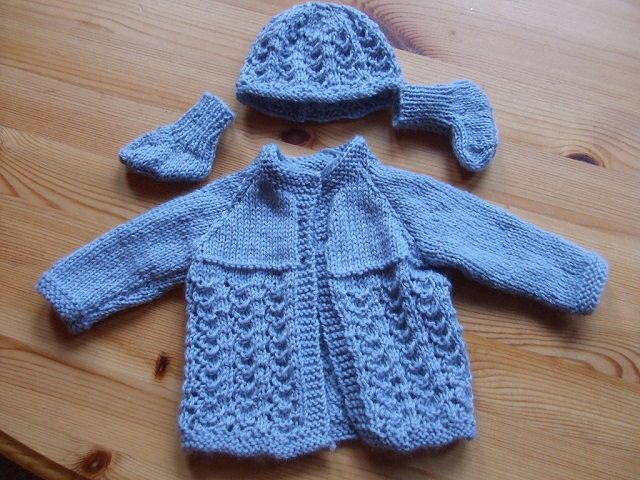 The Supreme Court is not the only way to end abortion.

I never said that it was the only way to end abortion, but it is a way to end many thousands, by not forbidding the many restrictions currently in place on the state level. I’ve written for many years now that the only way to end legal abortion is spiritual, through societal revival. That understanding doesn’t, however, mean that we do nothing legally to limit abortions, using every recourse and avenue that we can.

Material help is important and necessary too.

Indeed. Spirituality of course includes economics and charity. No one has impoverished the poor and the cities like the Democrats, so voting for them doesn’t help anything. It’s like pouring gasoline on a fire.

Pro-lifers have many thousands of crisis pregnancy centers, that offer free help, for whatever a problem pregnancy requires, not just a quick murder of one’s child.

There are only a few struggling CPCs, with little money; funded only privately, woefully inadequate to solve the huge problem, offering only counseling, and difficult to find even in an Internet search.

Hard to find? I found one a few miles away, in a two-second Google search.

As long as liberals have a financial interest in only killing women’s children, it will be harder to help these women. We have a good half of the population that only desires to murder defenseless children, rather than promote life and well-being for all concerned.

The Wikipedia article on CPCs states: “As of 2013, there were approximately 2,500 CPCs in the United States, as compared with 1,800 abortion clinics, and Canada has several times as many CPCs as abortion clinics.” The numbers come from a New York Times article.

As for funding, the Wikipedia article states: “During the Presidency of George W. Bush (2001-2009) CPCs received tens of millions of dollars in federal grants. As of 2015, more than half of the U.S. states helped to fund crisis pregnancy centers either directly and/or through the sale of Choose Life license plates.”

We have to change our society, in order to provide all the needs of poor pregnant women or those in difficult situations: health care, parental leave, food assistance . . .

Pregnancy is already covered for folks without money. Our four children’s births were all 100% covered even when *we* didn’t have medical insurance.

Why keep saying that the CPCs at every turn are inadequate? Just because they don’t provide a complete socialist Utopia (like, of course, Bernie Sanders would have brought us), is not a reason to not rejoice in all that they do.

Whatever is done is great. It’ll never be totally enough, because that is the nature of reality.

When CPCs were just starting — my good friend Al Kresta and his wife Sally started the first ones in metro Detroit in the early 80s — , pro-lifers (I’ve been an activist for 34 years) were blasted because they didn’t exist, and so the line was that we supposedly didn’t give a damn about either the mothers of babies after they are born.

Now that they do exist (more than death clinics), we hear this line about their complete inadequacy. But it’s a great start. One can always do more, about anything. If leftist or liberal pro-lifers (who often call themselves the “new pro-lifers”) keep relentlessly noting how the CPCs gotta do this, that, and the other (and several things said are factually dubious, as I think I showed above), it doesn’t sound like they think they are doing that great of a job. It’s a start we can all rejoice in.

Creating a pro-life society is a huge spiritual (including material) task that will require massive supernatural revival (including proper Catholic or otherwise Christian education). But we don’t talk about how soup kitchens are so inadequate, because many people don’t find them.

CPCs cannot bring about a socialist Utopia, and can never be infinitely supplied. But it starts with helping one person at a time (as Mother Teresa would say) and doing what we can. This is something we can all agree on, transcending our “right vs. left” political affinities.

As for moms staying home, it’s entirely possible, but one has to adjust lifestyles and lessen the materialistic urge. I’ve had a tiny, dinky apologist’s income for 15 years. Most people wouldn’t believe the figures for my income if I said what they were. Yet my wife stayed home the whole time, homeschooling four children.

We managed to do it, without government helping us at every turn. We’ve paid our bills, have good credit, don’t use credit cards, have no debts but our mortgage . . . We didn’t have health insurance for ourselves (my wife and I) till recently (Medicaid). We had food assistance for a few years and then voluntarily got off of it.

All of that, minus health insurance for the kids and us in the last few years (and we could have afforded that if liberalism and malpractice suits and gross incompetence hadn’t ruined the system), was accomplished without the help of government.

Being “materialistic” is not the problem . . . inadequate wages is.

Anyone, rich or poor, can learn to be less materialistic (which is an internal attitude). It’s a huge problem. Jesus talked about that. I didn’t come up with it.

I merely noted that I have a tiny income, by today’s standards, and that my wife has stayed home with our kids for 25 years: the point being that it seems entirely possible for those who make what society tells us is “poverty level.” It was done by living simply and less materialistically: buying used stuff a lot, having one (used) car, etc. It’s not impossible.

That was my point: not to run down anyone who is struggling financially (a situation I am well familiar with, believe me).

This “left-right” divide will only get bigger if we can’t even talk to each other and come to agreements and workable solutions (of which there are many). If we only “like” all the comments of those who think like us and don’t interact with others who aren’t clones of ourselves, then no progress will be possible on all these pressing societal problems. 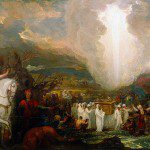 January 16, 2017
Worship of God Via Natural Images (vs. Jim Drickamer)
Next Post 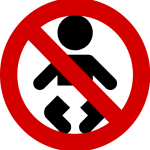 January 17, 2017 Natural Family Planning (NFP) & Contraceptive Intent
Recent Comments
0 | Leave a Comment
"Hey Mr. Armstrong, What is your opinion on this YT channel? This is, mind you, ..."
Prasanth Did Medieval Catholicism Forbid All Vernacular ..."
"YOU SAID ;Dave’s position and those of other apologists is simple: Instead of letting the ..."
Paul Vinci Resurrection #23: How Did Judas Die?
"Dawkins goes to theism in general. It is on a 1-7 scale, 1= strong belief, ..."
Jim Dailey Pearce’s Potshots #23: God’s True Mercy ..."
"A few questions- First, does the scale specifically refer to christianity, theism in general, or ..."
DC Kurtz Pearce’s Potshots #23: God’s True Mercy ..."
Browse Our Archives
get the latest from
Biblical Evidence for Catholicism
Sign up for our newsletter
POPULAR AT PATHEOS Catholic
1