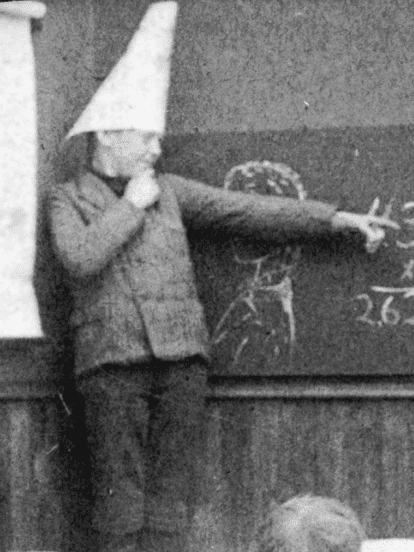 [From Deacon Steven’s Facebook page: a private thread, with his permission. His words will be in blue.]

Steven put up a meme about Trump talking about Lincoln. It was from an interview with Bob Woodward of Watergate fame. Trump said:

I think Lincoln succeeded for numerous reasons. He was a man who was of great intelligence, which most presidents would be. But he was a man of great intelligence, but he was also a man that did something that was a very vital thing to do at that time. Ten years before or 20 years before, what he was doing would never have even been thought possible. So he did something that was a very important thing to do, and especially at that time.

Steven then started in with zingers regarding Trump’s controversy with Rep. John Lewis (that I have also commented upon):

I am morally certain that prior to this week Trump had no knowledge of Lewis’s Civil Rights activism.

I would bet 8 to 5 Trump could not, at this moment, tell you the Civil Rights significance of Selma or the Edmund Pettus Bridge.

I would bet 9 to 3 he doesn’t know who the Freedom Riders were and where the lunch counter sit-ins took place.

Let us recall Trump’s penetrating insights on why Lincoln succeeded, from which one can glean absolutely no clear indication that Trump has the slightest inkling who Lincoln was, when he lived or what he did.

Looks like Medgar Evers’ brother would disagree with your assessment of Trump’s profound ignorance of the civil rights movement.

Having won my bet with him (and with Sam Rocha) as to the election results for President, I couldn’t resist, and opined: “I’d advise you not to bet again.

This particular one would be very ill-advised indeed.”

LOL. You can get away with saying that to me, Dave, but did you actually read the Trump quote on Lincoln? Is it not the quintessence of a middle-schooler bluffing his way in intellectual terra incognita?

I see nothing essentially wrong with it. Trump is no master of the English language. Everyone (pro or con) knows that, so I see the meme as perfectly pointless: merely noting the obvious. But the content is quite true.

If you’re looking for actual stupidity and ignorance, I think Obama repeatedly pronouncing “corpsman” with a hard “P” (like he was talking about zombie corpses) will give you that.

“The content is true” in the sense that it’s almost entirely content-free and thus hard to disagree with; more precisely, it would be true of almost anyone in history, certainly in modernity, who accomplished anything notable whatsoever. Trump says absolutely nothing particular to Lincoln’s success or Lincoln himself, beyond, of course, the fact that he seems to have been an American president.

He said in effect that he was a visionary and before his time, which is true and said of many great people. Much ado about nothing.

Lots of people are not profound and/or articulate in off-the-cuff comments (including, again, oftentimes Obama himself). I know something about this, having been in live — often national — radio interviews some 25 times. It’s a learned art, just as dialogue is, and most people cannot engage in true constructive dialogue, either (believe me, I know, as an apologist who has sought dialogue for 35 years). They either have no desire to, or it is simply not their skill.

Trump is to be judged by prepared speeches, just like anyone else. Almost all Presidents have other people write their speeches, but they embrace the ideas, which is the point.

I made no comment about your view of Obama. The contrast was between him and Trump as regards evidences of stupidity and ignorance. Goose and gander . . .

No, that’s not what he said, even in effect, but there’s no point debating about it. Interested parties can read and draw their own conclusions.

Alrightey. I guess you think he literally said nothing. I disagree. It has content. But anything goes in Trump criticism. You guys are gonna have to get used to him, and stop expending so much worthless energy. He’s gonna be around a while: eight years, if he gets done even a third of what he would like to accomplish.

I do really enjoy sparring with you. I just wish you had something more substantive to defend.

LOL. I’m not “defending” anything at all here, Dave! I’m pointing out Trump’s appalling ignorance. If *you* feel like doing some “defending,” let’s review a few well-known cases. (Feel free to include these in your blog post, along with your responses.)

1. Last July Rep. Tim Walberg (R-Mich) asked Trump about his understanding of Article 1 of the Constitution — a topic of concern given ongoing questions about checks and balances among the branches of government. Trump’s response sounds a lot like his commentary on Lincoln:

“I am a constitutionalist. I am going to abide by the Constitution whether it’s number 1, number 2, number 12, number 9 … It’s so important, and we’re getting away from it. And let me tell you, we have gotten so far away from it, we’re not going to have a country anymore.”

3. Last January Trump forwarded a literally white supremacist meme on Twitter claiming that blacks were responsible for 81% of murders of white people — a figure 5.4x the number indicated by FBI statistics.

He apparently didn’t know one of the most basic sociological facts about murder in America, i.e., most victims are killed by members of their own race. When called on it (by Bill O’Reilly), Trump responded, “Hey, Bill, Bill, am I gonna check every statistic?”

4. Last April, asked to name a favorite Bible verse, he could only come up with “An eye for an eye.”

1. Trump is neither a politician nor a lawyer. For most of this stuff, that’s a real liability. But for most of what he will be able to accomplish as President, it is a great strength. Obama was the constitutional expert, and what has he gotten done?

2. I’ve already freely granted that Trump is very inarticulate. But off-the-cuff responses can be quite different from thought-out and prepared speeches. Everyone is like that.

3. Trump has no monopoly on ignorance. If you got me started on Democrat / liberal stupidity and incompetence and their mindless destructive policies that have hurt millions of people (which they will never admit; they can never fail), I could sit here for several months simply relaying examples.

4. I can agree with the “dumbness” and fatuous nature of these replies, while maintaining that this entire issue is of little relevance and importance. Every President has many advisers around him (just as popes do) and so most decisions will not be arrived at unilaterally. That’s why we see these pictures of the President at the long table, surrounded by all the muckety-mucks of the administration.

5. I think (and hope) that the gravity of the office will temper these rougher edges of Trump over time. But he was elected to make changes and do stuff: not to be the Most Articulate Orator of All Time (to use some beloved Mark Shea emphatic caps there . . . ).

Initially you made extraordinary (and ludicrous) claims, saying that you’d bet that Trump has “no knowledge of Lewis’s Civil Rights activism” or of “the Civil Rights significance of Selma or the Edmund Pettus Bridge” or “who the Freedom Riders were”. That drew me in.

I will post our exchange because I think it is very instructive as to the limits of rhetorical overreach due to excessive “oppositional” and “talking points” tendencies in political matters.

I believe you’re wrong, but you are wrong in such a charming and articulate way that I can’t resist sharing your “e for effort” failure with my readers.

I stand by my “ludicrous” claims. Feel free.

It goes without saying, of course, that every Republican President is automatically presumed / charged to be:

2) An evil and wicked wascally wascal who burned ants alive with magnifying glasses as a kid and tortured dogs with soldering irons.

3) As to evil: particularly, a bigot and racist; member of the KKK.

4) A warmonger; Reagan was gonna start WWIII: remember all that? Obama has been far more hawk than Reagan ever was (and practically as much as Bush II; we’re still in Afghanistan). All we had in his two terms was Grenada.

5) A greedy rich capitalist who has exploited others less fortunate, turning them out into the streets with Dickensian contempt.

So we knew all that would instantly be applied to Trump or whomever the GOP candidate was to be. It’s old as the hills. But what is new and a bit surprising (but not too much) is how many third party types would latch onto it and use the same rhetoric.

The Democrats must be ecstatic to have so many (in effect) double agents working within non-Democrat circles. 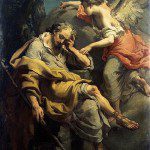 January 18, 2017
Bible & Catholicism on Ghosts & Messages from God in Dreams
Next Post 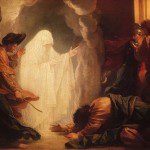 January 19, 2017 Samuel Appearing to Saul: Argument for Communion of Saints?
Recent Comments
0 | Leave a Comment
"I think it's because they can't bear the thought that Christians might actually have a ..."
Dave Armstrong Star of Bethlehem: Reply to Obnoxious ..."
"I see Aaron Adair has posted another rebuttal at TP.Submitted for your consideration: Can you ..."
Jim Dailey Star of Bethlehem: Reply to Obnoxious ..."
"Blacks may have it better when it comes to better shots at jobs and promotions ..."
Medalcollector Summary Thoughts of a Trump Supporter ..."
"I don't consider C&E Church goer's Catholic except culturally. Any serious Catholic who knows his ..."
Jim the Scott Star of Bethlehem: Reply to Obnoxious ..."
Browse Our Archives
get the latest from
Biblical Evidence for Catholicism
Sign up for our newsletter
POPULAR AT PATHEOS Catholic
1