Samuel Appearing to Saul: Argument for Communion of Saints? 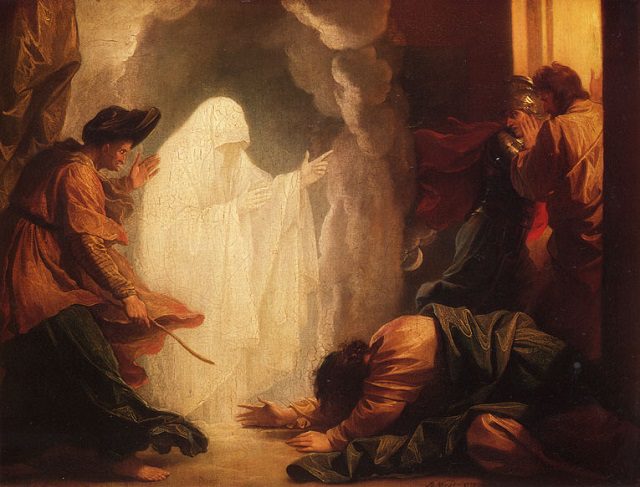 As I have stated many times, I oppose everything that is prohibited in Old Testament injunctions against the occult arts, such as seances, mediums: the whole nine yards. Having been involved myself in some occultic nonsense in my secularist / semi-pagan days in the 70s, I am particularly aware of the wickedness and non-biblical nature of such things, and have denounced them at every turn. Not only am I quite aware of biblical prohibitions of these things, but I have been so my entire time of doing serious apologetics (since 1981).

Of course God considered it a sin for Saul to seek the assistance of a medium. It was expressly condemned in the Mosaic Law. I dealt with this, more or less, in an earlier related paper:

1 Samuel 28:12, 14-15 (Samuel): the prophet Samuel appeared to King Saul to prophesy his death. The current consensus among biblical commentators (see, e.g., The New Bible Commentary, The Wycliffe Bible Commentary) is that it was indeed Samuel the prophet, not an impersonating demon (since it happened during a sort of seance with the so-called “witch or medium of Endor”). This was the view of, e.g., St. Justin Martyr, Origen, and St. Augustine, among others. Ecclesiasticus (Sirach) 6:19-20 reinforces the latter interpretation: “Samuel . . . after he had fallen asleep he prophesied and revealed to the king his death, and lifted up his voice out of the earth in prophecy, to blot out the wickedness of the people.”

This is an abridged version of the same argument made in A Biblical Defense of Catholicism (pp. 106-107): a book completed in 1996. I was not arguing for the entire process of the medium as the way to get to Samuel at all. No one can find any such argument in any of my papers or books — and this was made very clear in my sweeping condemnations of occultic practices, in the same section of my book, The One-Minute Apologist.

What I was arguing for was simply one aspect of this event: the fact (held by many commentators — hence my mention of two) that the real prophet Samuel seems to have appeared to Saul, to prophesy to him and tell him the truth, as no demon would have done. Now, if true (and many Protestant commentators think this is what happened), it would be an evidence in favor (as I have stated) of the proposition that “God (at least at times) wants contact to occur between departed saints and people on earth.”

We know absolutely that this was the case at the Transfiguration and those who rose from their graves after the crucifixion and (most probably) the Two Witnesses in Revelation, so if this case holds also, then it would merely be one of four such instances in Scripture. This premise of God desiring such contact is only a precursor for the communion of saints: not the entirety of the communion of saints.

God simply chose to intervene in the midst of a forbidden practice by allowing Samuel to appear to Saul and rebuke him. God can do whatever He wants. He made a donkey talk once, didn’t He? Does any Christian think that God can’t cause a departed saint who is more alive than all of us are, to come back to earth to rebuke a king for his own good? How is it necessary for me to accept a seance in order for me to accept the fact that Samuel really appeared? It’s not at all.

I condemn what was wrong and should be condemned, but that plays no part in my argument, because my argument was only that the real Samuel appeared, and that this is one proof that God desires a contact between those in heaven and those on earth. Period. End of sentence.

I argued that Samuel’s appearance (not the means to supposedly “contact” him) establishes a necessary premise for the premise of “desired contact between heaven and earth.”

In this instance, Saul talked to Samuel. It was a two-way conversation. Saul actually wanted to know what Samuel thought, even though he went about it in a forbidden way (1 Sam 28:15). It’s not exactly like asking a saint to pray for one but I never stated that it was in the first place, so that’s neither here nor there.


Since it has been made a sticking point as to whether this was really Samuel or not, I shall cite some Protestant scholars, starting with one of my original two sources (I don’t have the other in my library any longer):

The narrative strongly suggests that this really was Samuel, and not a mere apparition or hallucination. The foreknowledge and uncompromising statements attributed to him in the verses that follow also stamp him as being genuinely Samuel.

[M]any eminent writers (considering that the apparition came before her arts were put into practice; that she herself was surprised and alarmed; that the prediction of Saul’s own death and the defeat of his forces was confidently made), are of the opinion that Samuel really appeared.

The whole shows that it was no human fraud or trick. Though the woman could not cause Samuel’s being sent, yet Saul’s inquiry might be the occasion of it. The woman’s surprise and terror proved that it was an unusual and unexpected appearance. Saul had despised Samuel’s solemn warnings in his lifetime, yet now that he hoped, as in defiance of God, to obtain some counsel and encouragement from him, might not God permit the soul of his departed prophet to appear to Saul, to confirm his former sentence, and denounce his doom? The expression, “Thou and thy sons shall be with me,” means no more than that they shall be in the eternal world. There appears much solemnity in God’s permitting the soul of a departed prophet to come as a witness from heaven, to confirm the word he had spoken on earth. (1Sa 28:20-25)

That Samuel did appear on this occasion, is most evident from the text; nor can this be denied from any legitimate mode of interpretation: and it is as evident that he was neither raised by the power of the devil nor the incantations of the witch, for the appearances which took place at this time were such as she was wholly unacquainted with. Her familiar did not appear; and from the confused description she gives, it is fully evident that she was both surprised and alarmed at what she saw, being so widely different from what she expected to see.

As will be seen, we regard the apparition of Samuel not as trickery by the woman, but as real – nor yet as caused by the devil, but as allowed and willed of God. A full discussion of our reasons for this view would be evidently out of place. 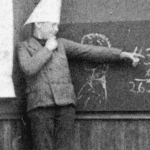 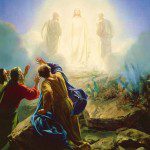 January 20, 2017 Veneration of Saints and Its Doctrinal Development
Recent Comments
0 | Leave a Comment
Browse Our Archives
get the latest from
Biblical Evidence for Catholicism
Sign up for our newsletter
POPULAR AT PATHEOS Catholic
1