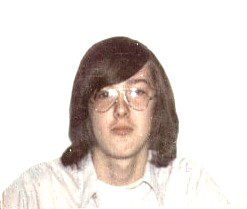 Yours truly: c. March 1976: senior in high school, about a year before my evangelical conversion (and the longest hair ever seen in any of my photos!)

Thank heavens for Google Search. I have almost 2600 papers on my blog. After thoroughly searching, I found all there is to find about my early life, on my website. To summarize, my life can be divided into four quite distinct periods:

This paper is a documentation of what I have written about (mostly) the second period above: 1967 or so to 1977 and my conversion to Christ as His disciple, and to evangelical Protestantism.

[Note: several links here are from Internet Archive; allow a minute or two for those to load]

1) My “Romantic / Imaginative” Conversion to Christianity (my most extensive treatment of this period of my life and my nature mysticism and pagan / occultic influences or affinities; written in 1997)2) My published (Catholic) conversion story (in Patrick Madrid’s 1994 book, Surprised by Truth) includes a section describing my pre-evangelical childhood. This is the original draft, before it was edited (with some material added that I didn’t even write). See the second through the tenth paragraphs. I wrote this in December 1990 and revised it slightly in July 1992.

3) A transcript of a radio interview from 8 September 1997 contains some comments on my early life in the first part. [or, listen to the audio file]

4) An interview with Spanish journalist Itxu Diaz (March 2011) has a lot of information about my early days.

5) I wrote several paragraphs about this time in March 2008, in a paper about my evangelical background. I will paste it below for your convenience:

God sometimes gives a person up to their sin (and to Satan) for a time, with the ultimate goal of causing them to repent by hitting bottom and waking up (rather than being lost).

I dare say that this happened in my own life. Being content, at age 18 (back in 1977), to live without God and pay Him very little notice at all, all of a sudden I found myself in a deep (very serious, clinical) depression and utter despair, that lasted six months. God knew what it would take in my case to wake me up. It worked. I soon cried out to Him (having nowhere else to go, and no hope). God in His tender mercy, accepts even this “default” / last resort discipleship. So I devoted my life to Him, as an evangelical Protestant. The depression didn’t go away immediately, but the black despair did, and once the depression left after six months, it never returned (thank heavens).

I’ve always interpreted this as God, in effect, saying, “okay, Dave. You want to live without Me? Do you truly want to see what it would be like to live a life of no hope and meaning; a world without God? Alright; I’ll let you do that.” And I saw what a truly Godless, nihilistic universe would be like and wanted no part of that!

There are also times that a person rejects God utterly and so God “gives him up” because God honors the free will of man and will force no one to follow Him by compulsion. It’s more a semi-sarcastic or ironic manner of biblical speech. Man chooses to rebel, but to phrase it as “God giving him up” conveys the sense of God’s control of everything, or relinquishing control (of human free will) as the case may be.

In my case, obviously God knew (being omniscient) that I would soon cry out, so it was literally an act of mercy to give me totally over to my own corrupt desire of living a life of “practical atheism”. Many atheists can play games and pretend as if a world without God still has meaning, but I was allowed the privilege of seeing what a consistent atheism leads and reduces to: black despair and meaninglessness.

6) Dialogue on Romanticism and Christianity, from 15 February 2004, has a great amount of reflection about the topic in the title, and my own specific romantic / mystical experiences, including a poem I wrote around April or May 1977, called The Dream, that is very important in my life story and initial conversion to fairly zealous discipleship as a follower of Jesus Christ.

Watching the films didn’t harm my Christian faith in the slightest. On the other hand, at an earlier point in my life, when my faith was not yet strong or fully-formed (to put it mildly), the movies quite possibly could have helped lead me astray, since I did, in fact, get involved to a considerable degree in occultic pursuits. The supernatural held a strong fascination for me (thankfully channeled later on into Christian supernaturalism). C. S. Lewis himself was also seriously involved in the occult in the period just before his encounter with the music and romanticism of Richard Wagner and a mythological sort of contemplation which he described as “Northernness”:

Now, for the first time, there burst upon me the idea that there might be real marvels all about us, that the visible world might only be a curtain to conceal huge realms uncharted by my very simple theology. And that started in me something with which, on and off, I have had plenty of trouble since — the desire for the preternatural, simply as such, the passion for the Occult. Not everyone has this disease; those who have will know what I mean [I do, very well] . . . It is a spiritual lust; and like the lust of the body it has the fatal power of making everything else in the world seem uninteresting while it lasts.

At times as I watched these movies, I must admit that for fleeting moments I felt precisely this “desire” that Lewis refers to. It’s very difficult to describe without getting very heavy and mystical and philosophical, but it is a definite kind of coercion. I’m able to push it down because of strong Christian faith, but short of that, I can easily imagine (given my own background) someone with a similar bent being drawn into things which are harmful to their souls: true sorcery, witchcraft, Wicca, etc.: things which are definitely wrong and condemned in the Bible.

Without the Christian grounding . . . it could quite possibly be spiritually dangerous for some kids with troubled backgrounds and lack of education in Christianity.

I did this myself (so I know, firsthand): without anywhere near proper knowledge of Christianity up to age 18, or commitment to Christ, I became involved in the occult and various questionable practices (telepathy, Ouija board, etc.). I had the spiritual imagination and curiosity and yearning, but because of lack of knowledge, it went in a wrong direction. Eventually, thank God, and by His grace, I channeled it towards the God of the Bible.

Since my kids do have that grounding, I have no worries whatever about Harry Potter or any of the other fantasies they watch (or now write about).

9) Portion of Dialogue with an Atheist on the Relationship of Christianity and Metaphysics to the Scientific Method (vs. Sue Strandberg) (7-19-01):

I used to try to do telepathy, ESP, the Ouiji Board, astral projection, all sorts of weird occultic stuff, back in the 70s. I was very serious about it. In a way, I see this in retrospect as an openness to possible supernatural realities, a form of open-mindedness, rather than pure gullibility (though it was partially that, too). I simply needed more information, upon which to make rational choices about what I would consider “spiritual realities.”
But I would contend that it was post-Christian secular culture which influenced me to pursue these things in the first place. TV shows like The Outer Limits and One Step Beyond and The Twilight Zone – arguably – were means of propagating non-Christian supernaturalist worldviews among the populace. In a truly Christian society, much of this material would be frowned-upon, if not outright forbidden; considered harmful to souls.
*

10) Beautiful Irish Songs and the Longing of Sehnsucht (3-20-04) (expresses my personal feelings and opinions along these lines).

*
C. S. Lewis and the Romantic Poets on Longing, Sehnsucht, and Joy (the excerpts describe the experience or sense of Lewis’ “Joy” that I and many others have experienced)

The Relationship of Romanticism to Christianity and Catholicism in Particular

Brief Presentation of the Theistic Argument from Longing or Beauty

Romantic and Imaginative Theology: Inklings of the World Beyond (my extensive links web page)

The Atheist’s Boundless Faith in Deo-Atomism (“The Atom-as-God”) (my sarcastic, but ultimately dead-serious treatment of atheist “worship” of matter almost as if it were God)

The Argument from Desire (Peter Kreeft)

A Baptism of Imagination: Conversation with Peter Kreeft (Ellen Haroutunian) 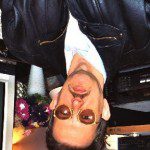 January 5, 2017
Am I a "Protestantizing" Catholic (Formerly "Catholicizing" Protestant)?
Next Post 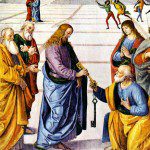 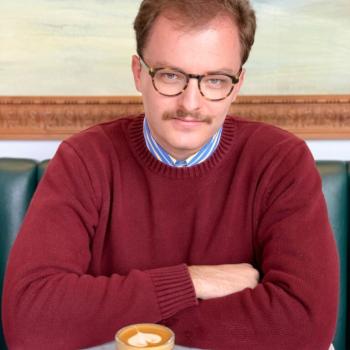 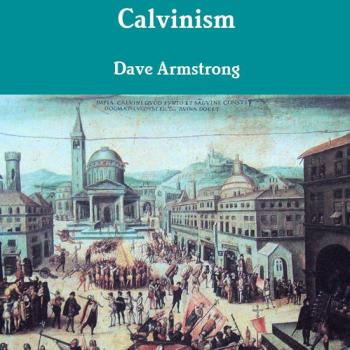