Am I a “Protestantizing” Catholic (Formerly “Catholicizing” Protestant)? 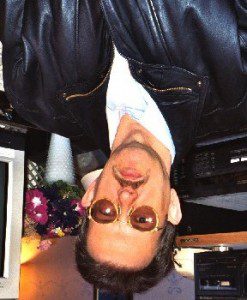 This theme has come up several times. It is becoming almost a mantra: particularly in anti-Catholic Protestant and “traditionalist” Catholic circles (those two groups, oddly enough, often seem to have a great affinity in style, argument, and beliefs). Former Catholic Bill Cork recently enlisted it in a reply to my critique of his reasons for returning to Adventism (and I made a short reply). Anti-Catholic Steve Hays has tried (futilely) to make this case with regard to my own conversion. Scott Hahn (most unjustly) has been a particular target of this charge. Several “traditionalists” tried to make the “argument” in a recent forum thread that lambasted me because I defended Pope John Paul II’s ecumenism (see my post in reply).

As a sub-theme, both Bill Cork and this group of “traditionalists” (as well as many anti-Catholics in the past) have claimed in particular that I have adopted a peculiarly Protestant method of quoting Bible proof texts for Catholic positions. They both assume that this is somehow “unCatholic” — as if Protestants “own” the Bible or the practice of Bible interpretation, or exegesis. This is absurd.

In a delightful turn of events, Hugo Mendez, a former Adventist and now Catholic, basically defended me from this bum rap, in a post about the “war of words” between myself and Bill Cork:

Is Bill keen to suggest that Dave’s (arguably, overstretched) reliance upon the Bible to vindicate the Catholic teaching [is] a very Protestant instinct (which requires a verse for every belief)? Or, does Bill[‘s] quick dichotomy of Bible and Church teaching (where both stand more or less independently) flow from yet another Protestant instinct or caricature? In his own words:

Many Catholic teachings have no other foundation than the Church’s claim to teach with authority: purgatory, Marian dogmas, saints, indulgences, the papacy, etc. These are not Bible doctrines.

In fact, the ancient fathers and theologians of the Catholic Church cited Biblical precedents or bases for all these doctrines. St. Damasus cited Matt 16:18 to defend papal authority sixteen centuries ago; the Latins and Greeks debated the significance of 1 Cor 3:15 to the question of purgatory six centuries ago; Pius IX’s definition of the Immaculate Conception explored the meaning of Luke 1:28 two centuries ago, etc. In this light, Catholics have every reason to believe these doctrines have true biblical roots. Moreover, it becomes readily apparent that the PCA converts have pioneered almost none of the arguments they popularly present. (This is my difficulty: trying to distinguish the “rationalistic” arguments allegedly unique to modern Catholic converts from the arguments they have clearly inherited from previous generations. I find few unique contributions in their writings–not to their discredit, but to the credit of so many theologians in centuries past.)

One may dispute the legitimacy of certain textual interpretations used by Catholics. This is fair; I certainly do. Then again, the use of OT texts by the writers of Matthew, Romans, and Hebrews easily qualifies as “eisegetical” by the (perhaps, too) exacting principles of biblical studies today.

“Matt,” the one fair-minded, non-insulting person in the recent “traditionalist” hit-piece, er, thread devoted to trashing my name, made a similar comment, referring to me:

He’s also an excellent and orthodox Bible scholar. Ironically, his biblical approach seems more Thomist than I bet we’d give him credit for.

I defended myself and my method in my reply:

We can defend Catholic views from Scripture — as harmonious with Scripture — precisely as the Church fathers always did (usually at first). But when confronted with the notion that all doctrines have to be found only in Scripture, and explicitly so, as the supposedly only infallible source, we reject that in no uncertain terms, and appeal to Tradition and apostolic succession and infallible councils and popes, also precisely as the fathers did. We can assert material sufficiency of Scripture without asserting sola Scriptura. . . . What I do does not presuppose sola Scriptura in the slightest. Protestants don’t “own” Scripture, and we can give better arguments from the Bible than they give. I have two entire web pages devoted to scores of lengthy articles explaining all this: one about Bible and Tradition and the other that critiques sola Scriptura. I have a third web page about the Church (ecclesiology), with dozens more articles. I’ve written far more about this topic than anything else. It would surely come as an astonishing shock — and an uproariously funny thought — to my anti-Catholic friends to learn that I allegedly never defend Catholic Tradition.

The truly humorous irony in all this is that, here I am being blasted and pilloried as a supposed quasi-Protestant or some goofy “hybrid” infiltrating the Catholic Church, simply because I use biblical arguments. It is presupposed that because I do so, I must somehow be adopting the Protestant principle of sola Scriptura, which is a completely different thing from mere citation of the Bible and biblical argumentation.

In actual fact, it is these critics who are conflating scriptural argument with sola Scriptura, and in so doing, show themselves to be far more influenced by the distinctively Protestant mindset than I am, or ever have been (since I highly valued Church history and the value, to some extent, of Christian tradition in my thirteen years as a committed evangelical Protestant: with a more or less traditional Anglican or Methodist perspective on Church history: which is precisely why Cardinal Newman was so key in my own conversion).

Yet they pride themselves for being so “unProtestant” and quintessentially Catholic. They have accepted Protestant false dichotomies and ways of thinking, while at the same time falsely accusing others (who know far more about the subject than they do) of doing what they are doing, in the very act of wrongly, densely characterizing others. I’ve also stated for years that Catholic “traditionalism” often shows the characteristics of selective Protestant private judgment and a liberal Catholic “cafeteria, pick-and-choose” mentality.

Good grief. As I write, there is on the front page of my blog (dated 19 July: just three days ago) a lengthy critique of the Protestant principle of private judgment: closely aligned to sola Scriptura. A similar paper (dated 15 July 2008) just went off my front page, but it’s only a week old. I have scores of similar papers, and large portions of several books that are devoted to the same question (e.g., my book on the Church fathers devotes over a hundred pages to it: by far the longest chapter in the book). This criticisms is so wildly off the mark that I wrote about it today:

To imply that I and other apologists somehow wink at sola Scriptura, when I am constantly critiquing and refuting and lamenting it is about as dumb a thing as could conceivably be said about my apologetics. This person clearly knows less than nothing about my beliefs and my approach. . . . It’s . . . quite another [thing] to say of a baseball player that he knows nothing of running the bases or of a baker that he is completely unfamiliar with flour.

Understanding the crucial Bible-Tradition-Church-Authority issue is Catholic Apologetics 0101. If I didn’t understand that, I wouldn’t be known or published at all today, and would have never been on national Catholic apologetic radio shows, talking about it.

On a broader level, per the title of this post, it is foolish to say such a thing about me, once one knows a bit about my past intellectual history. I wrote about this in a reply to Hugo Mendez”s post, referenced above:

. . . the rationalistic, forensic style of apologetics that has its roots in the Reformed tradition and that has crept into Catholicism through converts from the fundamentalist Presbyterian Church in America.

The only problem with this, insofar as it is applied by insinuation to me, along with other convert-apologists, is that I was neither fundamentalist nor Presbyterian at any time. I was never a Calvinist. I was an Arminian as a Protestant, and am a Molinist (technically a Congruist) as a Catholic.

Moreover, in apologetics, the dominant style in Presbyterianism is presuppositionalism: something I have never held, and which I have vigorously critiqued, both as a Protestant and as a Catholic.

My own apologetic methodology is largely evidentialist (with, however, many elements from different schools: particularly the analogical reasoning of Cardinal Newman), which hearkens back to Catholicism and St. Thomas (I love, e.g., the cosmological argument and that basically goes back to Aquinas).

That is patently obvious if one reads any of the several versions of my conversion story. How odd, then, to be accused of “Protestantizing” Catholicism: which has been a theme from both anti-Catholic Protestants and “traditionalist” Catholics.

That may be true of some few apologists, but not of me.

There you have it, folks. To paraphrase Mark Twain’s hilarious comment about a rumor of his death: reports of my still being a Protestant are greatly exaggerated. 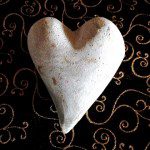 January 4, 2017
God "Hardening Hearts": How Do We Interpret That?
Next Post 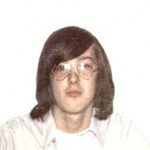 January 5, 2017 My Nature-Mystic, Occultic, Practical Atheist Period (1967-1977)
Recent Comments
0 | Leave a Comment
"Luke18:15 - Now they were bringing EVEN INFANTS to him that he might touch them; ..."
MurphsLaw What Were the Baptized “Added” to? ..."
"I have not bothered to read Bob in a while now. I kind of threw ..."
Jim Dailey Seidensticker Folly #74: Omniscient God & ..."
"Its funny that the least agreed upon document (On Media) is among the least 'controversial' ..."
Prasanth Vatican II: Documentation of Bishops’ Voting ..."
"It seems to me that Karl Keating is what you would call a 'mild critic' ..."
Prasanth Pope Francis Talks of Gospel Freedom; ..."
Browse Our Archives
get the latest updates from
Biblical Evidence for Catholicism
and the Patheos
Catholic
Channel
POPULAR AT PATHEOS Catholic
1